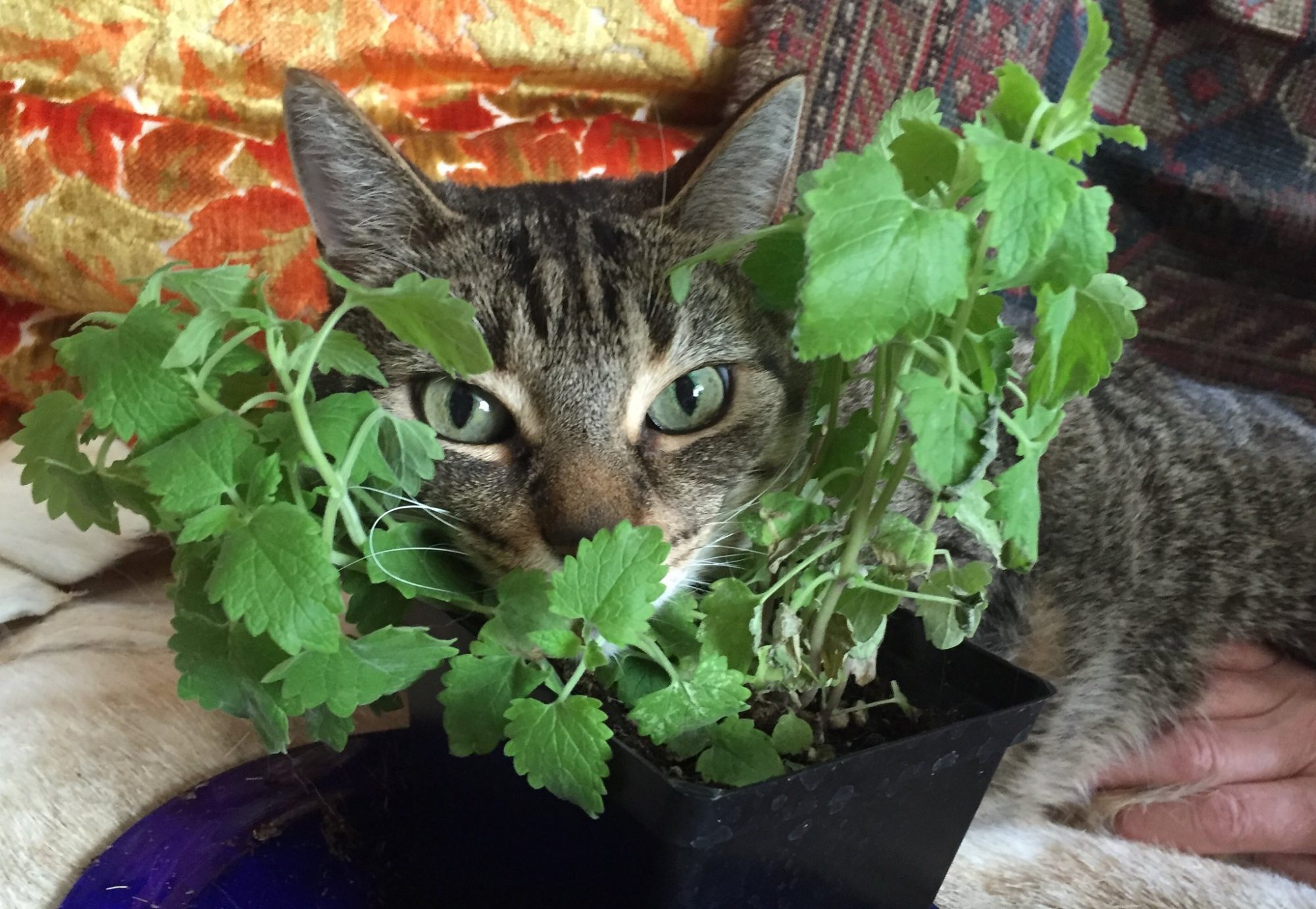 Insanity is doing the same thing over and over again, but expecting different results.

Theory of change: a roadmap for the change you need to see in the world

I’m a planner—my work is helping people in the heritage sector increase their reach, revenue, and relevance. I’m constantly looking for new tools to help me in my work. I have written before about mission and vision, and the idea that your natural or cultural heritage organization isn’t going to get to where it wants to go without clarity on both of those.

If you’re new to these ideas, here are the basics: mission describes what your organization does. “We work with the community to protect the highlands of the Blue Lake district for future generations.” “We protect and present nationally significant examples of our cultural and national heritage.”

A vision statement describes what your mission’s end result is, in an imagined perfect future. “We envision our island home as a place with resilient, healthy ecosystems cared for by an educated and engaged community.”

The Theory of Change: Holding Yourself True to Vision

The theory of change lines up all of the conditions that need to fall into place between now, the present state, and your imagined perfect future. It lays out Big Important Milestones between you and that grand day, twenty or thirty years from now (or more), when your work will be done. Not tactical moves like create position A or discontinue program B or raise money for project C; rather, we’re talking about higher-level conditions or realities that must fall into place, chunk by chunk, to get you to the next phase or level of your work.

And here’s the difficult part: there are three criteria against which you need to proof that theory. Theories of change need to be plausible, feasible, and testable.

Why I need a theory of change

I work as a volunteer with our local conservancy. Our vision statement is very close to the one you see above, about an educated populace caring for resilient and healthy ecosystems. We’re a small organization, and long-term planning doesn’t come naturally to us.

I had a come-to-jaysus moment recently: we are dedicated people trying to do all the right things—trying to keep things funded, trying to keep volunteers busy and so on, and we are not winning. We are not getting closer to our vision. Do you know who is winning? Hyper-invasive deer, that’s who. They’re kicking our butts.

Where I live, we have both a native and an exotic species of deer, running rampant without predation and they are eating this island down to little stubby sticks. Our strategic planning isn’t working; our mission isn’t getting us to our vision. I don’t know what the solution is, but I know we need a theory of change that is plausible, feasible, and testable, or we might as well throw in the towel now and go for beer and venison. We can’t keep doing what we’ve been doing; not if we want to see the change we have engaged to bring about in our world.

That is the great advantage of theories of change: they stare you in the face and say hey, all those actions you’re bragging about in your annual report? They’re not getting you where you want to go. All of those flashy things you’re producing? Those brochures, those panels, those endless social media posts? What are they accomplishing for you? Are they getting you closer to your vision? How do you know?

Magical thinking, you see, is the idea that undertaking a given action will lead, somehow, to outsized and unrealistic outcomes. Some managers are really good at magical thinking; it’s what gets them through their days. A good theory of change keeps everybody grounded.

The Basic Format: Theories of Change

A theory of change is fairly simple: it names short-term actions that should lead to medium-term outcomes, which should allow you to get to long-term outcomes that ultimately get you to your vision. And through it all is a line of logic. You look at it critically, step by step and level by level, and test whether the assumptions you’re making at each step are plausible and feasible.

For example, with my deer problem, we might undertake public education to communicate the effects of deer on the local ecosystem (because there are many people here who have no idea what vegetation should be growing here—there are formerly common species that haven’t been seen in ten years.) We would do education like that on the assumption that they will become more engaged with the idea of some kind of deer control (because many in the community just see cute deer and literally have no idea of the ecological disaster unfolding in slow motion around them.)

Meanwhile we might take on a parallel set of actions that engages people in power, at different levels of government, and communicate to them the gravity of the problem and remind them of their responsibility for wildlife management (which they have been happily shirking for years). We lobby and educate them on the assumption that they will take action—action that will be palatable to the community because of the education work we have been doing in parallel.

Meanwhile we work with individual landowners of high-potential properties to convince them of the benefit of allowing hunting on their land, for the greater good.

Sounds like a plan. Now, does it pass the theory of change test?

Can we plausibly do enough interpretation to change people’s attitudes around the genuine harm that those adorable graceful deer pose to our island? Sometimes I’m not sure. Now, can we really, plausibly muster enough political cloud to get a politician’s attention about the problem (one that is confined to a small island and not likely to cause them major embarrassment one way or another?) Hmm, that will be difficult. But possible.

Do we have the resources—money, time, and expertise—to do this work? Not at the moment, but gathering those resources could simply be the first set of actions in the theory of change.

Theory of Change: Cleaning Up A Trail

Ok now let’s try another thought experiment. Suppose we want to reduce litter in the park. We want to use interpretation to that end—what will it take?

Well, first it will take research and planning.

Then we will need to dedicate a realistic amount of resources (again, money time and expertise) to get us to our medium-term and long-term goals.

A testable theory of change

As we go, we might do AB testing of each of our interpretive techniques along the way, to evaluate whether they are having any of the medium-term impact that we need to see in order to get to our long-term vision of a trail that is free of litter.

Meanwhile we might work with our colleagues in law enforcement, along a parallel stream of actions to enforce compliance while we work to gain commitment.

You know what we wouldn’t do? Produce a tiny sign at the trailhead saying “please don’t litter”, trumpet our accomplishment to the VP, put a photo of it in the annual report, and expect the litter to disappear. Because that would be magical thinking. That wouldn’t pass the plausibility test.

Magical Thinking: The Opposite of a Sound Theory of Change

Now here is a theory of change all laid out in chart form, as they usually are. But this one contains some magical thinking.

Have you worked with a theory of change? Has it helped you hold your feet to the fire? I will be incorporating it into all my plans from now on. Hopefully, it will help me get my clients closer to better reach, relevance, and revenue.

Learn more about theories of change

How to build a theory of change — NCVO Knowhow
A theory of change is a description of why a particular way of working will be effective, showing how change happens in the short, medium and long term to achieve the intended impact . It can be represented in a visual diagram, as a narrative, or both. A theory of change can be developed at the… 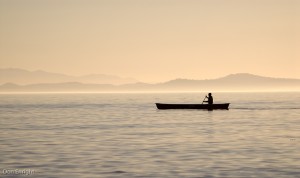 Are you a champion of change? 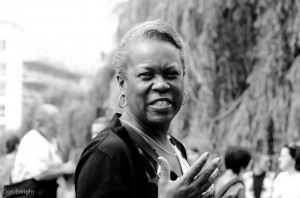