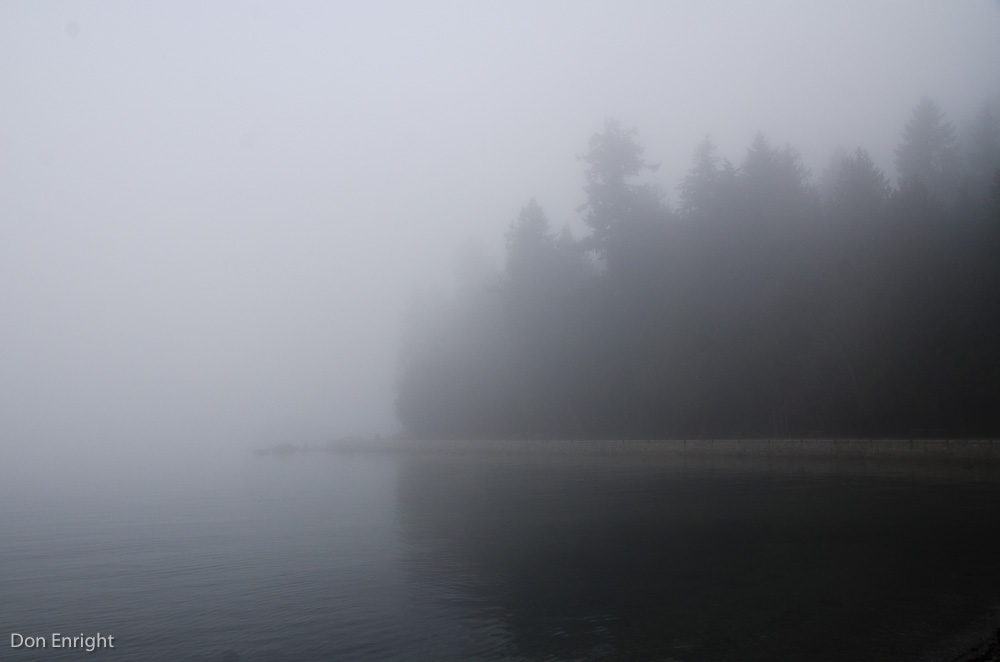 This morning, we awoke to the sounds of foghorns. Vancouver, BC is generally not a foggy city—certainly not compared to a town like San Francisco—but we’ve had our share this winter. I enjoy the fog and the intimacy it brings. Traffic is quieter, the wind is still and the air has a tactile, three-dimensional quality that I enjoy. And as I lay there waking up, a trio of ships played an endless, slow sol-fa-ti melody that shifted in and out of sync.

Our usual Sunday route takes us along the seawall past Second Beach to Ferguson Point, then inland through the big trees back toward home. Our first stop today was to watch an extended family of black oystercatchers, not a stone’s throw from the joggers and walkers of the paved trail. We usually see them past Third Beach where it’s a bit quieter, but clearly they were here this morning for the mussels along this stretch of the intertidal zone.

We weren’t alone in wanting to take advantage of the calm morning air. Joggers and walkers were everywhere. Mercifully the noisy, bullying hordes of group-joggers were at a minimum. 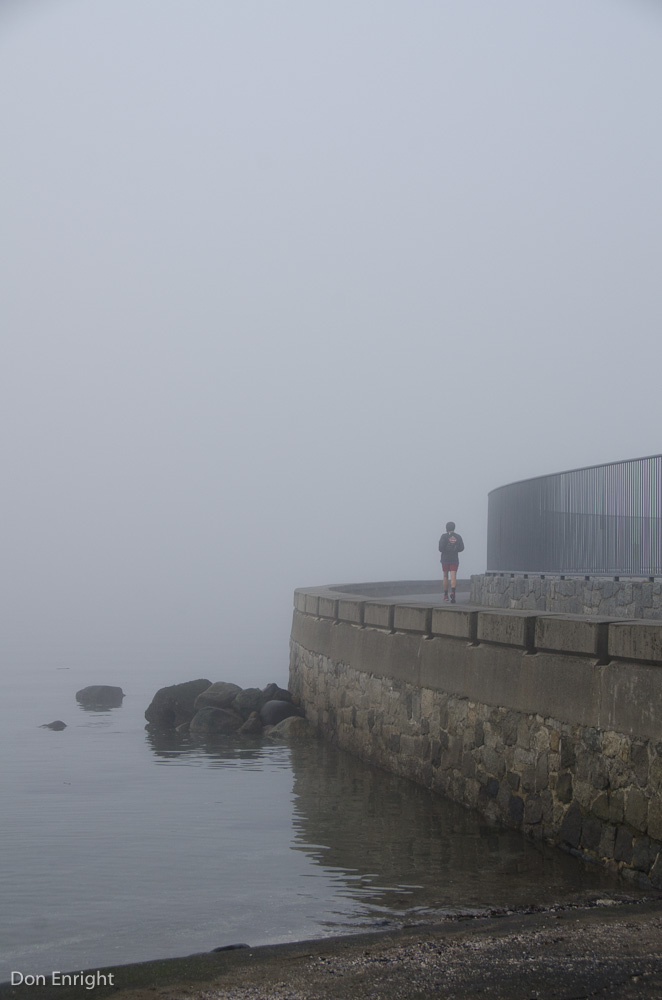 A lone double-crested cormorant dried its wings on the rocks—or tried to. I can’t imagine anything was drying in a hurry in that humidity. 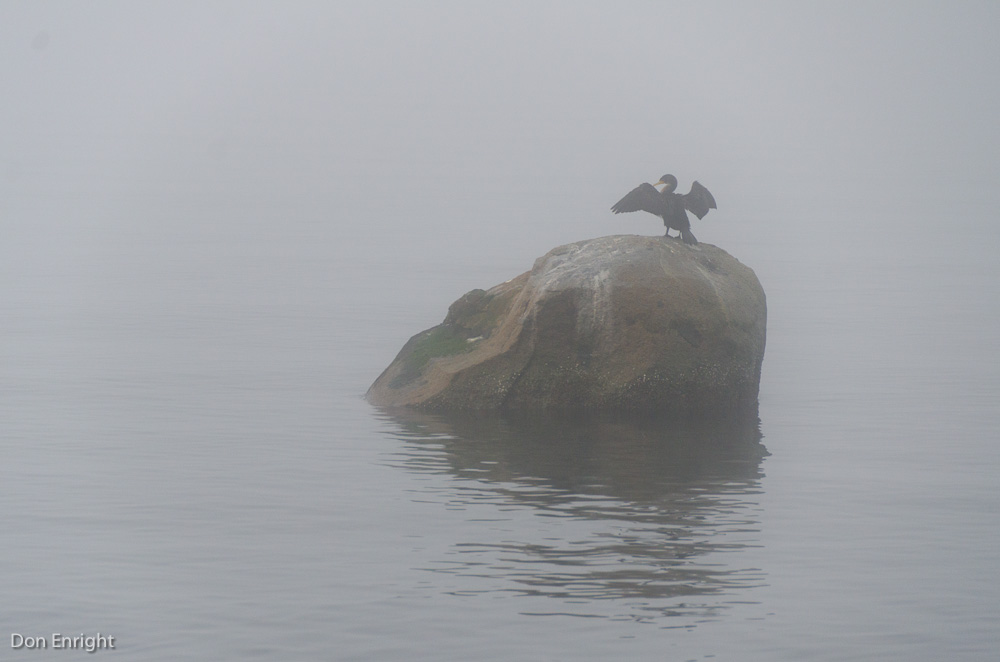 Winter is a great time for birding here in the lower mainland, particularly for waterfowl. I enjoyed watching this goldeneye and the zen-like triangle it formed with these rocks. 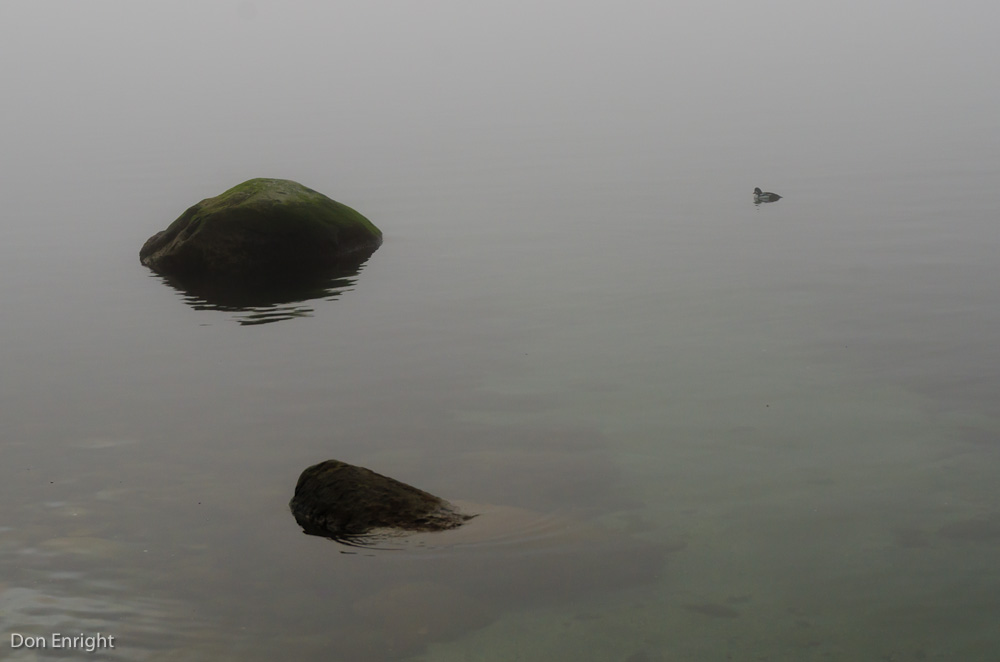 A little further along, the harlequin ducks were feeding close to shore. They usually stay a bit further out, but perhaps today’s fog made them a bit more vulnerable to predators. At any rate, this one made a terse squeak at the Barrow’s goldeneye it passed, and then hurried on its way.

We turned inland at Third Beach and walked back toward Lost Lagoon. The sun was doing its best to burn through the fog, and things began to glow in the filtered light. 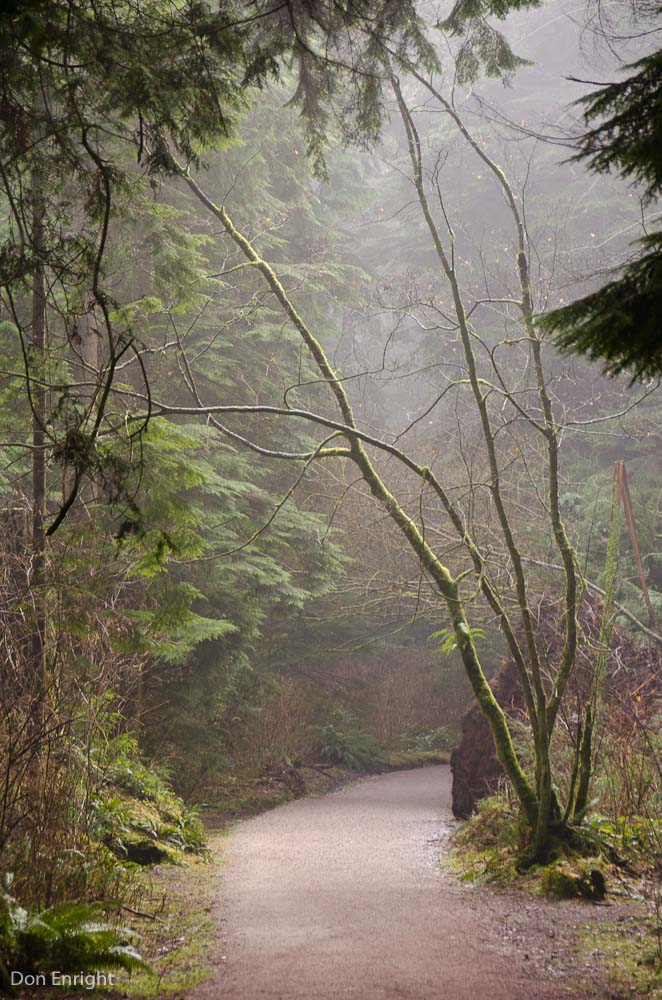 With the mist condensing on everything in the forest, we noticed for the first time today how abundant spider webs are, even in the dead of winter. 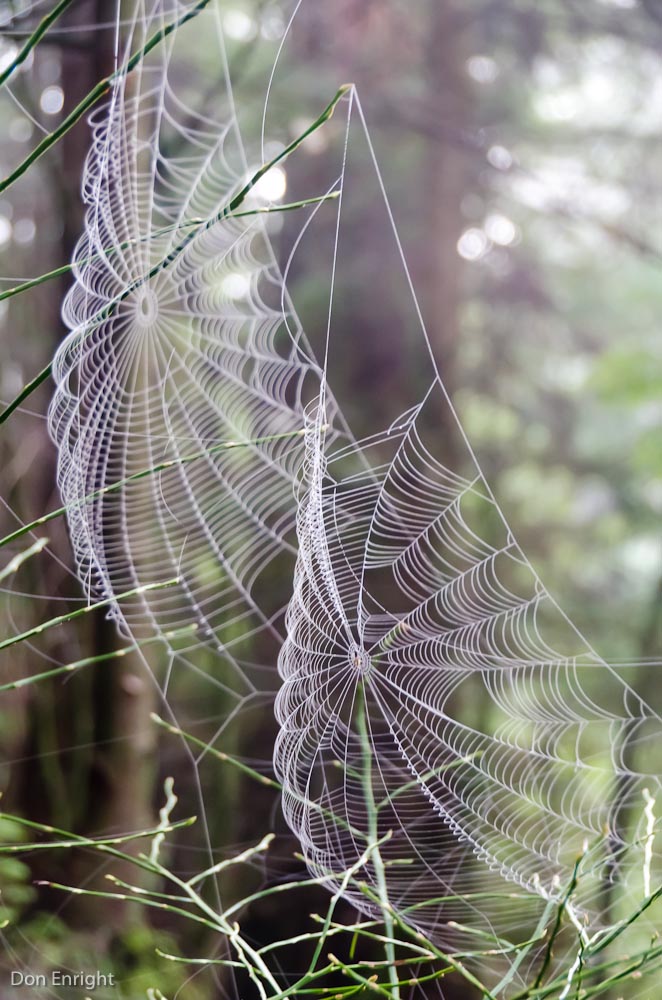 There’s a bridge at Lost Lagoon that is known by everyone as the Stone Bridge; it’s actually made of concrete, but it gives a beautiful vantage point onto the ponds where the waterfowl gather hoping for a handout. 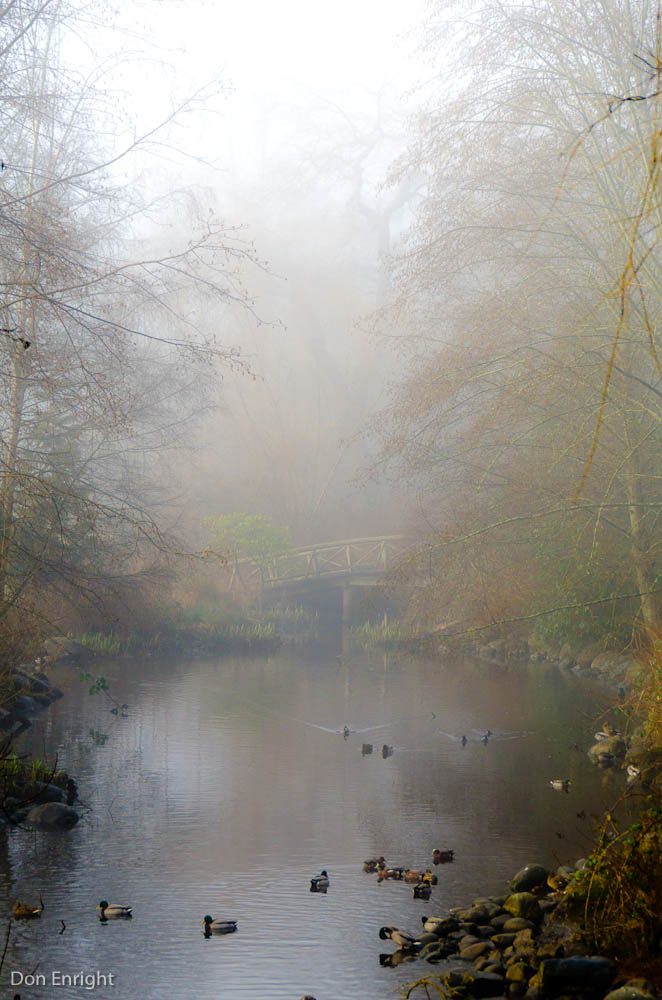 As we passed the Park Board office, we saw the snowdrops poking through the duff. Spring in Vancouver begins in mid-January and ends roughly the last week of June. Quite a change for me coming from Calgary, where spring lasts exactly three and a half days in May.

And finally we made our transition back to urban life for another week. Home for a strong cup of coffee. 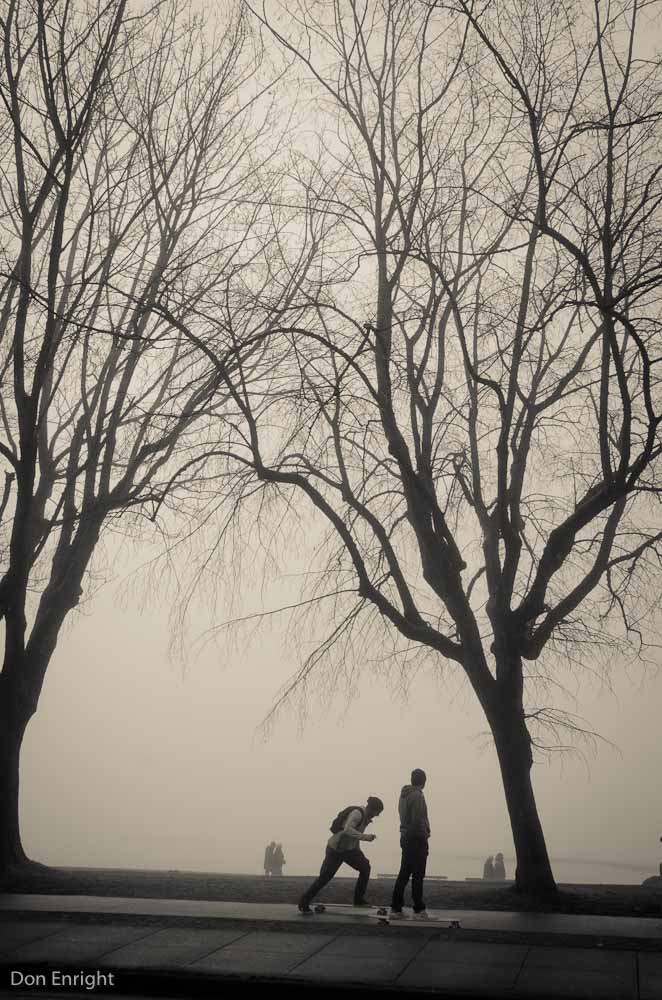