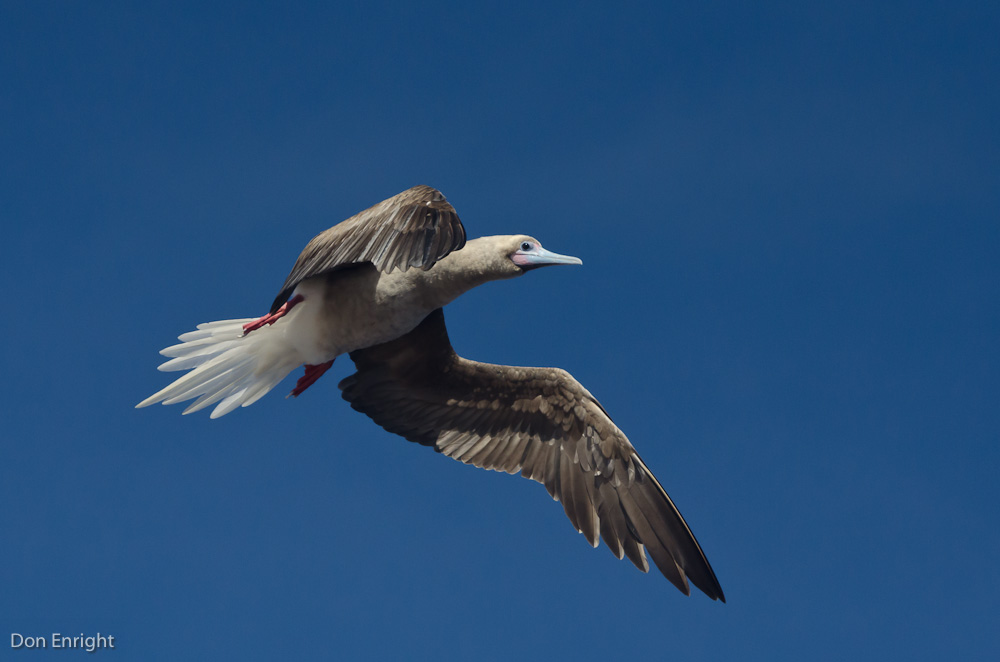 Traveling by cruise ship is one of the best ways on earth to see some pretty cool wildlife. There’s a whole range of animals that you can only see at sea, and pelagic birds, in particular, are a real treat. Pelagic just means ocean-going; there’s a variety of birds that are practically never seen from land, unless you’re standing right on their breeding grounds. Albatrosses and shearwaters, for example, spend months if not years at sea, never needing to touch ground, and if you’re attentive you can spot them from the ship in the middle of absolutely nowhere, surfing the winds right over the tips of the waves.

Another creature you can count on seeing if you travel through tropical waters are flying fish. These silvery-blue beauties swim just under the water’s surface, and when the ship ploughs through a school of them, they take wing, launching themselves into the air with their powerful tails and gliding an astonishing distance before disappearing again into the blue.

Flying fish are good eating, it appears, because another group of seabirds have learned to harvest them from the air right alongside the ship. Boobies are huge gull-like birds that are actually members of the order Pelicaniformes. I’m always glad to see them follow the ship; last week, they were with us for two solid days.

Yes, they’re really called boobies. The name probably comes from the Spanish bobo, for simple-minded, and refers to their apparent foolishness on their breeding grounds, where they are virtually fearless and, in days of old, were prone to getting bonked on the head and eaten by sailors.

Boobies are powerful birds in flight, and absolutely amazing divers, particularly the masked booby (we had red-footed, brown and masked boobies accompanying us this time.) They’re closely related to gannets, and have the same habit of plunging fearlessly from great height straight into the water. They have a bubble-wrap-like structure under their skin that protects the skull from injury; they’ve also sacrificed the big nostrils that most birds have on their beaks, all in the name of better diving.

They fly alongside the ship and effortlessly surf the standing waves of air that we create as we sail along at 18 knots or so. While gliding there, they use their outstanding vision to watch for the tiny flying fish thirteen stories below them. As soon as one surfaces, they fold their wings and plunge, sometimes disappearing up to ten metres into the water.

All this gliding and plunging makes for tremendously fun photography, and when the boobies are around I grab my big lens and head to the top deck and snap until I’m out of disk space. It takes an awful lot of snapping to get a few good shots, but it’s worth it.

I remember my first time cruising in the Caribbean when the boobies appeared. I grabbed my camera with its 500 mm lens and rushed to the top sundeck… and neglected to notice that the deck was identified as the only place on the ship for topless sunbathing. I had no idea; I didn’t even notice the people. But apparently I looked like Pervy Pervison up there with my camera; eventually the friendly folks from security came along to ask what I was doing. I was quite embarrassed and explained I was only photographing birds.

If I’d told them I was up there photographing boobies it probably wouldn’t have helped at all. 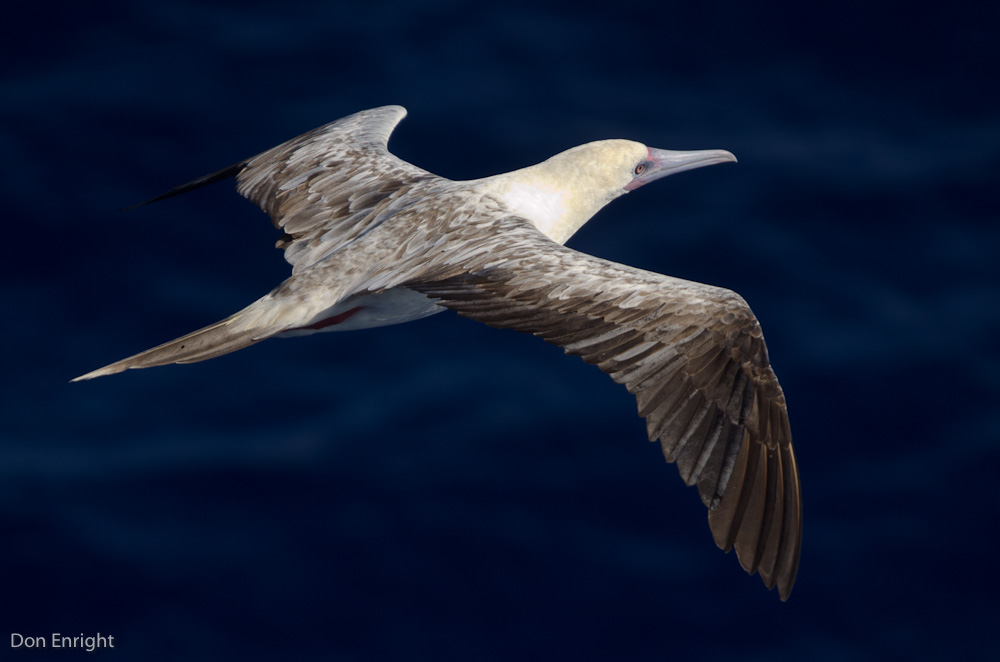