I found myself in Abu Dhabi, UAE in January— the starting point of a contract I was doing. The place is fascinating, in all kinds of ways. I can’t give the city itself a sterling recommendation—there are more interesting places you could support with your tourist dollars, frankly. Maybe some places that don’t still do flogging and stoning, say. But I can tell you that you will almost certainly enjoy the visitor experience at the Louvre Abu Dhabi. 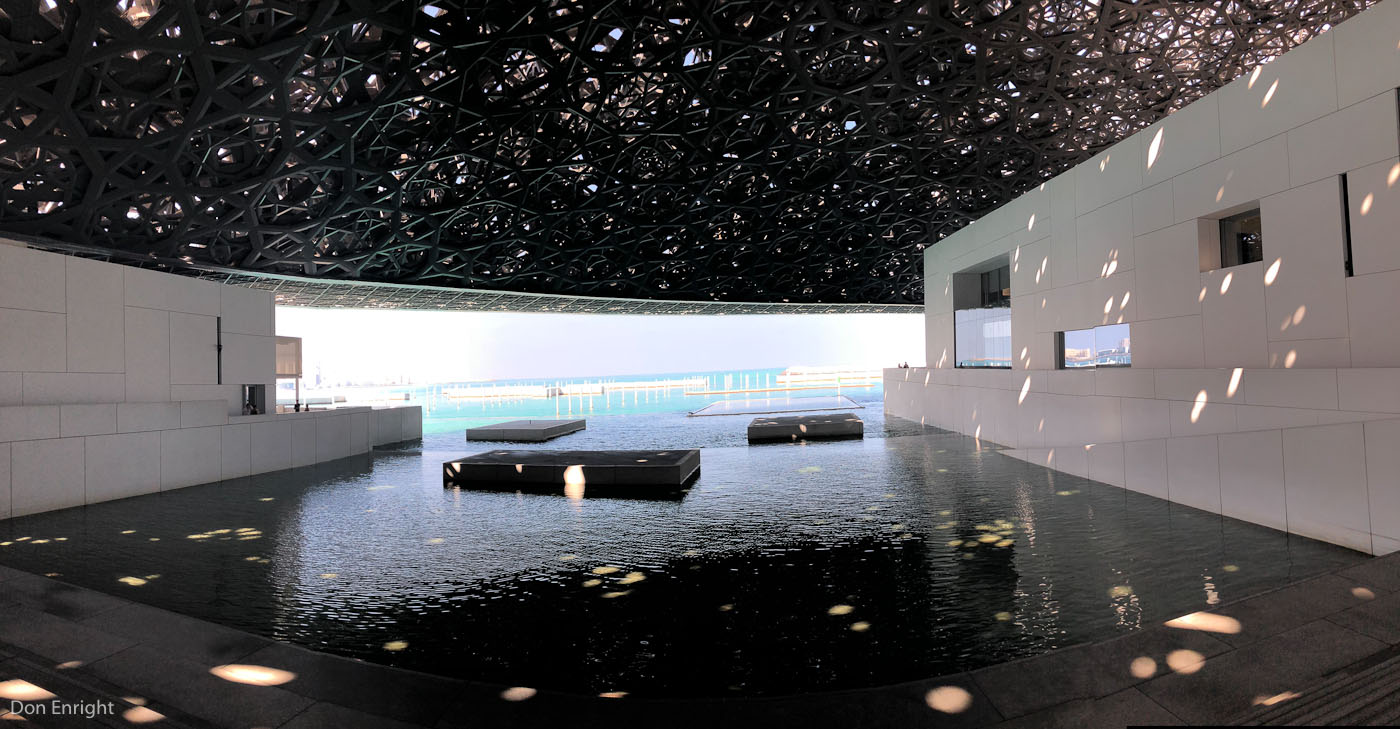 Almost everything. What a pleasure to visit a building that has been constructed solely for the purpose of showcasing art and artefacts, and on a virtually unlimited budget. It puts Europe’s repurposed palaces and halls to shame.

The Louvre Abu-Dhabi is gorgeous. I don’t know how else to put it. The pieces have room to breathe! Nothing is mashed together; nothing has that overstuffed-cabinet-of-curiosities quality that plagues so many of the world’s museums. The effect is exhilarating: with the open physical space comes a feeling of enhanced intellectual space. Suddenly it becomes easy—and gratifying—to see the relationships between objects in a room. This is one of the reasons why I love good exhibits: the placement of objects is the story. I love that moment of, “Oh HEY I see what you’re doing here…” as you piece together the meaning of the layout. 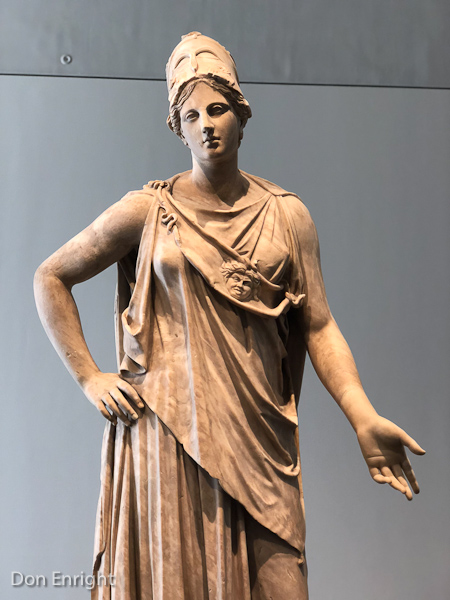 The use of natural lighting is worth the price of admission alone. The architect has managed to harness the blazing intensity of the desert sunshine outdoors, and tame it in the most artful, useful ways.

I was worried that the design of the building would overshadow the museum experience; it doesn’t. Certainly, once you step outside to the remarkable (and remarkably costly) courtyard, with its dappled-leaf-steel roof, the experience is all about the building. But inside, it’s all in service to the galleries; it’s all about the pieces. 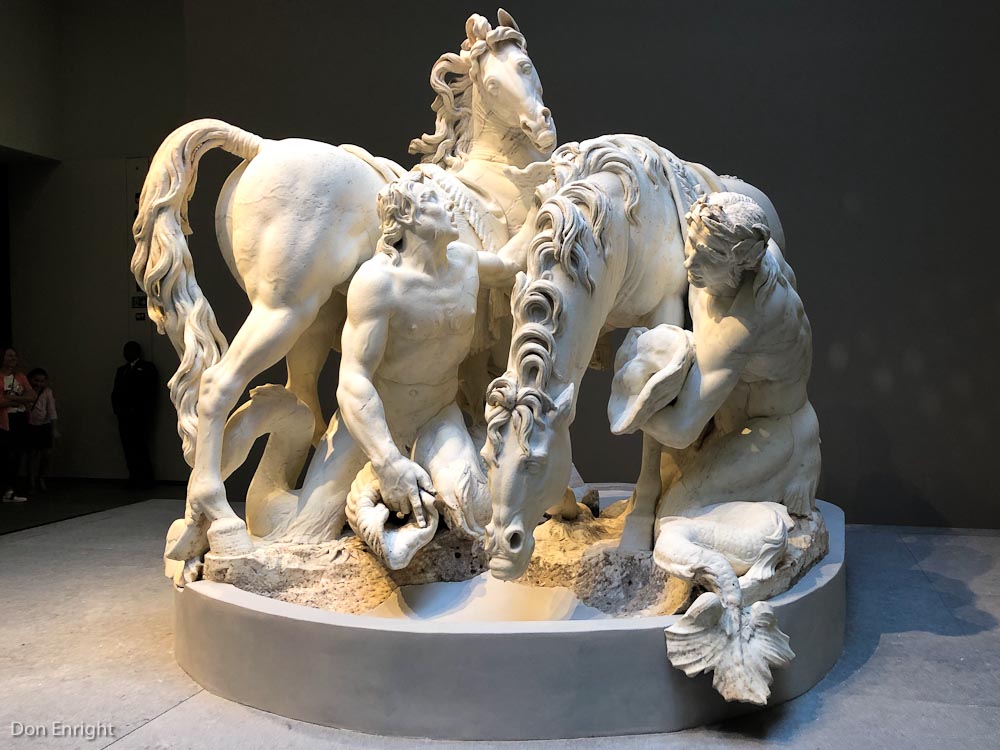 What I liked less:

The museum tells the story of civilization’s unfolding, from early tool-building to the dawn of agriculture to the rise of cities and empires, the development of art and technology, and so on. And, as you can imagine, the material culture that the Louvre has at its disposal to illustrate the story is formidable.

But it’s uneven. The Louvre is, ultimately, a European art museum and despite what I suspect were their best efforts to represent the world’s cultures equitably, one is left with an embarrassingly European slant. Sometimes it feels like they’re just showing off: “Here are two beautiful 18th century Japanese prints, and here are four beautiful Polynesian sculptures and OH LOOK HERE ARE 30 REMBRANDT SKETCHES BECAUSE WE’RE THE LOUVRE, BABY.” I mean, their collection is insane. But it isn’t anything close to well-rounded, and the European chauvinism is particularly poignant when placed here in the United Arab Emirates.

And what I hated:

Some of the translations were just eye-pokingly awful. Seriously, people, you spent $525 million just to license the Louvre name, but you couldn’t afford fifty cents a word for a decent translator?

And here’s a particular peeve of mine, and it speaks to the Euro-conceit of the overall curatorial approach. When dating objects, why oh why do we still insist on a CE/BCE dating system? Why on earth are we contextualizing the creation of Persian artwork against the birth date of Jesus, of all people? Can someone explain this to me? Why should I have to do mental math to figure out that a Babylonian piece, (“c. 2400 BCE”) is about 4300 years old? What the hell is wrong with “Before Present” (BP)? Is it so hard? Particularly in an Arab context! It’s fucking insulting.

Should you go the Louvre Abu Dhabi?

If you find yourself in that part of the world—and so many Canadians seem to, with our oil patch connections—hell yes. Once you’re in the door, you won’t regret it. (But before you commit to going, you should probably read about how the project treated its foreign labour.)