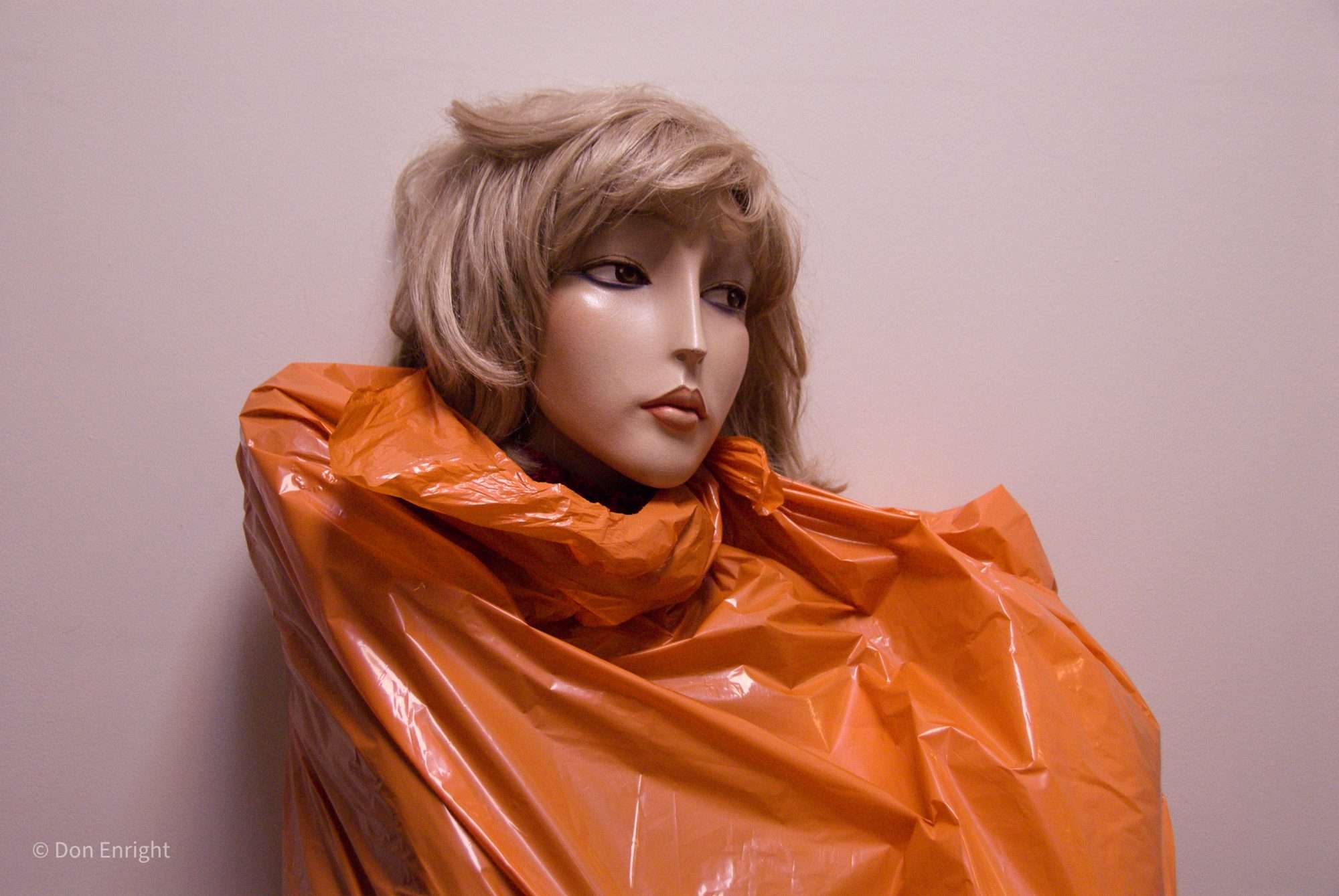 Yes, firing volunteers is a thing. No, you shouldn’t do it lightly.

I have had the pleasure of working with volunteers in a few different capacities. I have managed volunteers in the public sector and in the nonprofit sector. I have worked in places where volunteers were treated like high-maintenance guests, and I have worked in places where they were tolerated as an inconvenience. Both of these approaches, I soon learned, are dysfunctional. It took me a long time to even get to the point where I was thinking about firing bad volunteers.

I’ll never forget the feeling of revelation I had when I landed in a situation with a brilliant professional volunteer manager. This person said to me, simply, “Take a human resources approach.” Volunteers are part of your human resources. They’re not guests; they’re not pests; they are human resources dedicated to your mission just like everyone else. They need proper recruitment, proper training, proper supervision, and proper support. And they need payment commensurate with their efforts, too—it’s just that we don’t pay them in dollars.

So when you have volunteers who aren’t meeting your organization’s standards, it helps to take a human resources approach. That is to say, you start by figuring out the following:

Is it a training problem or a performance management problem?

It’s surprising how many supervisors don’t seem to be able to distinguish between these two scenarios. Maybe it’s because taking a performance management approach is just so unpleasant to us.

First you need to determine if the volunteer simply doesn’t understand what is required of them. Have you communicated your standards to them? Do you have a written job description for them? Do they get regular opportunities to talk to you or other supervisors? Have they had proper training?

You can’t hold someone responsible for duties that they don’t understand or that haven’t been assigned to them properly. So figure that out first. Maybe they want to do a good job for you, but they literally don’t know what that job is. You have no business firing volunteers in this scenario. Do your job and support them.

We don’t try people on for size and then discard them like shoes. That’s not what firing volunteers is about.

Next, do they understand the assignment and buy into it, but lack the skills or knowledge to do a good job?

Sometimes volunteers just need more training. Maybe you need to match them up with a mentor—either staff or another volunteer. Sometimes there’s a course or a book or an evening seminar that will help them.

Some volunteers sign up with much more knowledge and skill than others. There are volunteers who learn faster than others. Some have more time in their own lives to get up to speed than others. That’s ok. Your job as their supervisor is to understand where they are in their learning path and help them along the way. If they genuinely want to do the job, and you feel they have the potential, then firing volunteers is absolutely not appropriate. You have a responsibility to help them get up to speed. Unless…

What if they just don’t have what it takes?

This is a heartbreaking situation. Sometime we have volunteers who want to do the work but will never have the skills, knowledge, or ability to do the task. And when that happens, it’s on you. You made a mistake in your recruitment and hiring process, and you need to own that. So how did it happen? Why did you match a volunteer with a task for which they are unsuitable? Sit down with your boss and do an analysis. Don’t let it happen again. You screwed up.

And do not think about firing volunteers in this scenario. You’re going to have to find or create a position to which they are better suited. That’s right: you are going to have invest the time and energy in creating a situation in which they will flourish. You owe them that much.

What if they have the knowledge, skills, and ability, but simply refuse to get on board with your program?

OK now you fire them.

Here’s the most common scenario in my experience: your organization has taken a new strategic direction—let’s say you’re a historic site and you have decided to take a more well-rounded, nuanced, reconciliatory and anti-racist stance on your stories than you did in the past.

You present the new approach to your volunteers. You institute a training program for the new approach. You communicate your new standards to them in no uncertain terms. You give them time to adjust and get on board. You monitor and evaluate and mentor over a break-in period to get everybody up to speed and confident and comfortable. You offer support in every way you know how.

And then you step back and discover… that there’s a small clique of volunteers who are not on board. They revert to the old way of doing things whenever your back is turned.

Now you’ve got a problem.

Here’s what you do.

First, document. Write down what you see when you see it. Next, communicate to your supervisor (and Human Resources as appropriate) that you’ve got a problem and you have a plan. If you have their support, proceed as follows:

Sit down with each of these volunteers individually. First, highlight the behaviour you’ve seen. Be specific. Next, describe the behaviour you need to see. Make it clear that these standards are non-negotiable. Next, listen to what comes back to you. If they let you know that they have no intention of changing, relieve them of their duties and end the interview. Bye-bye.

Alternately, maybe they have concerns they want to express to you. Do they need more time, more training? If so—if you think there’s any hope at all—you put them on a performance support program. That is to say, you create a short-term plan in which a) they get the support they need; b) they start to demonstrate the behaviour you require and c) they stop displaying counterproductive behaviours.

Set out a timeline or deadline by which you need to see improvement. Let them know that you will support them (and monitor them) along the way. Communicate that if, at any point, they display the counterproductive behaviours, the program is over.

Here’s a turn of phrase I have used in the past. “In three months, I am going to have someone in your position who is committed to meeting our standards in a positive way.”

Then you take a long pause and add, “I’m really hoping that person is you.”

At the end of your performance support period, you either have a performing volunteer, or you have an opening in your volunteer roster.

What’s the worst thing that can happen?

A note of caution: this can get ugly. I have seen organizations where the volunteers have more power than their supervisor. This happens a lot in the nonprofit world: the toxic volunteers have been there for years and the supervisor hasn’t. Or the toxic volunteer happens to be a major donor, or is good buddies with the major donors. They socialize with the executive director or the board president.

In this scenario, you sit them down to address their performance… and they revolt and conspire to get you fired. They form alliances with sympathetic and equally toxic people—staff, volunteers, board members. This sounds alarmist, but if you’ve ever seen an organized volunteer rebellion (and I have once in my career) it’s not pretty.

If your organization doesn’t support you, you’re pretty much screwed.

So if you’re going to take any kind of human resources action with your volunteers, you need to know that your organization has your back. Don’t freestyle this one. Write down your plan of action, and rationalize it six ways from Sunday. Then take it to your supervisor, take it to human resources, and take it to anybody else in the hierarchy that they recommend. Don’t rush, don’t act solo, and document everything painstakingly. Firing volunteers is a big, risky deal. Take it step by step.

If, over the course of doing this, you discover that you don’t have your boss’s support (perhaps because the toxic volunteers have more power than them), you have two choices: you can accept the non-performing volunteer or you can leave. You have no authority as a volunteer supervisor, and it won’t take your entire volunteer corps long to figure that out. And that sucks. It sucks hard.

Best of luck. Let us know in the comments if you’ve been through anything like this.

Making Standards Your Own 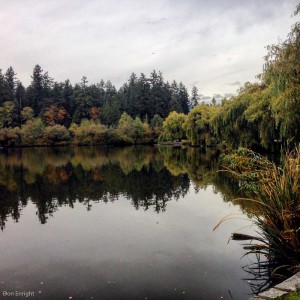