It must be hard to be a citizen of Shetland. I’m not talking about the isolation, the harsh North Atlantic storms, the long dark winter. It must be infuriating to have your whole cultural identity associated with adorable ponies and wee sheep dogs, particularly when you have a long, proud and very interesting history to present to the world. 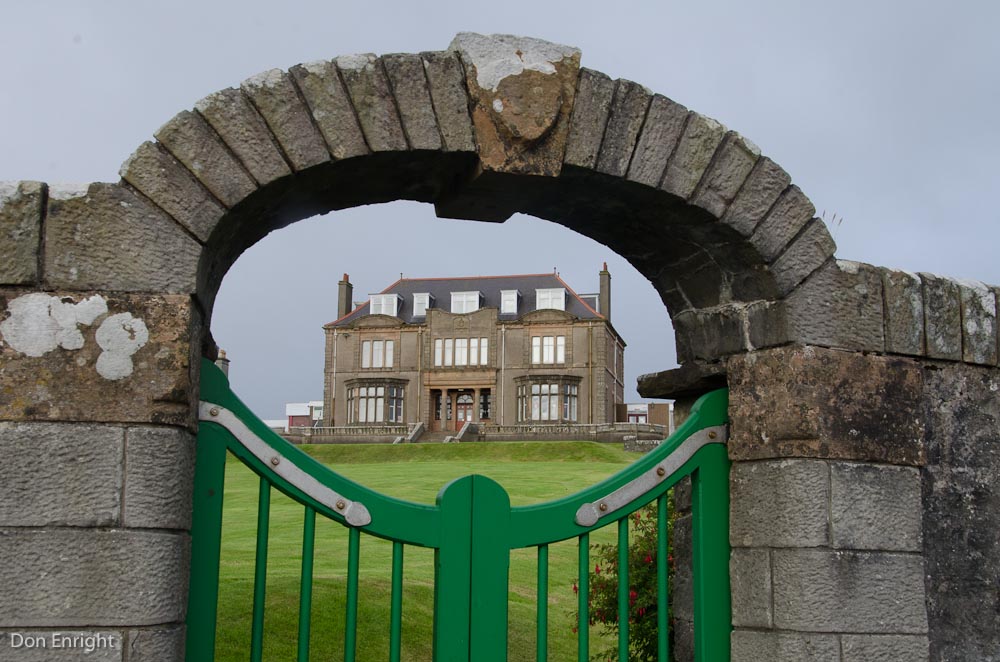 We arrived in Shetland by cruise ship tender. Tendering is what you do when the harbour is too small or shallow to dock the huge ships; they anchor in the bay and drop their life boats, which can motor about 70 people at a time to shore. Lerwick, Shetland is a classic candidate for tendering: it’s a tiny, beautiful old port whose population doubles or triples when the ships come to town. For that reason, we often walk out of town as quickly as we can, and on this day our walk took us north along a walkway called the Knab. It was beautiful. 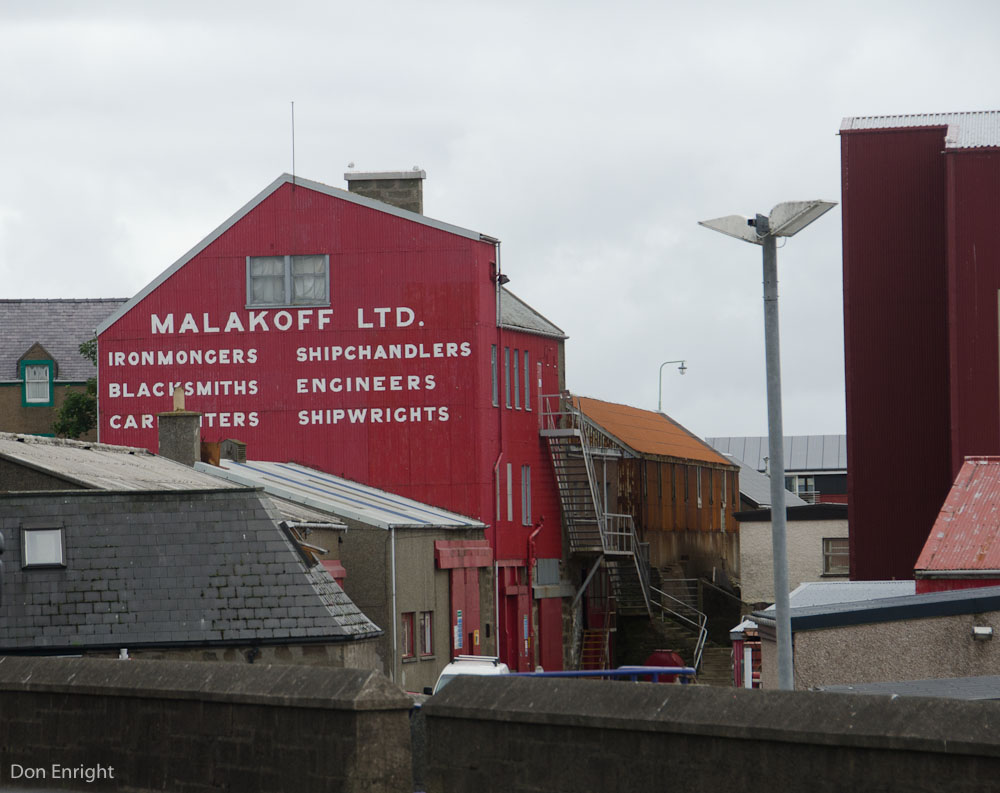 What the heck is a ship chandler?

Compared to its Nordic neighbours, the Shetland Islands immediately jump out at you as unique. Though the landscape is virtually identical to other North Atlantic sites, the architecture and culture are decidedly Victorian Scottish, if one can use that term. The buildings are surprisingly opulent—beautiful 19th-century stone buildings everywhere—whereas in Scandinavia one sees rustic, sturdy wooden and sod structures.

I had decided I wanted to see a pony. Now, I’m not a horsey person; I am so completely allergic to horses and to all other hoofed stock that the last time I saw the RCMP Musical Ride I got an asthma attack. But I thought it would be a fitting quest that might take us through some interesting terrain, and I was right. We saw green hills, tidy cemeteries, cobblestone roads, and a glorious green sea. We saw strategic promontories that had served the Allies during the war, and we saw dozens of polite locals greeting us with their charming Scottish brogues. (The accent, not the shoes.) Everyone was walking their dogs; the Scots do love their pets (though I hasten to point out there wasn’t a Sheltie among them.) 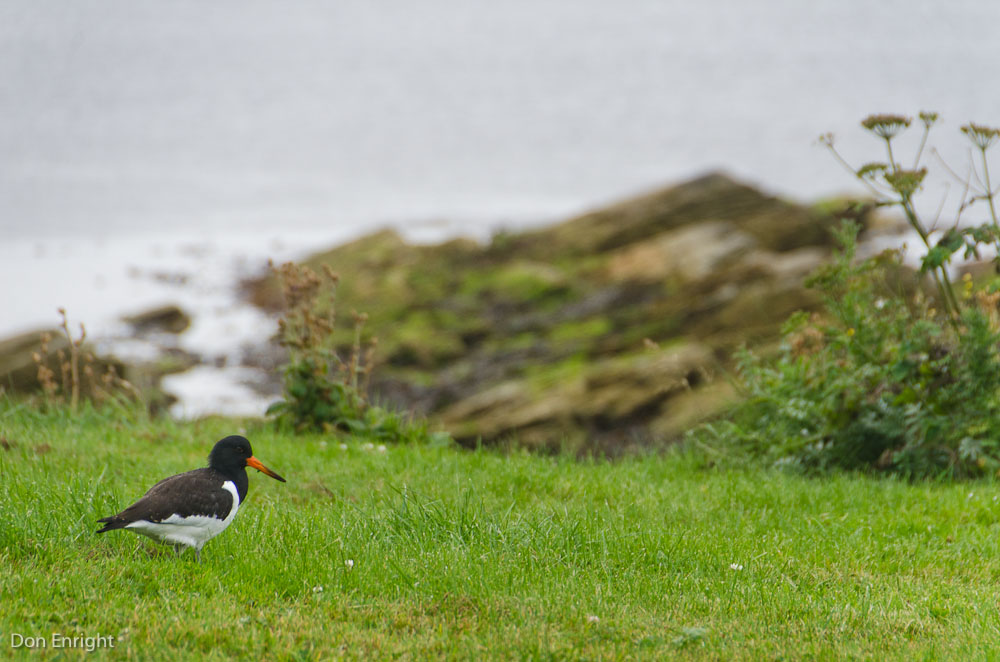 Oystercatcher by the sea

What we weren’t expecting were all the sea birds. I have never before gotten close to nesting fulmars nor black guillemots, yet there they were right in front of us not a kilometre out of town. I didn’t get a good shot of the fulmars; one doesn’t disturb nesting seabirds in general, and one really doesn’t want to disturb baby fulmars. They vomit a vile waxy substance up to two metres away—a handy defence against marauding gulls and skuas.

Genetically, the Shetlanders are equal parts Scot and Viking, and they have made both lineages their own. The islands’ motto is “Með lögum skal land byggja,” Icelandic for “By law shall the land be built up.” And each winter, their famous festival Up Helly Aa is a decidedly Nordic way of marking the Yule season with processions of fire.

Daddy, that one. I want it.

Ultimately, my quest was successful: a trio of black ponies stood dozing in a small pasture. I have no idea if they actually belonged to the Shetland Pony breed, but they were clearly ponies in Shetland and that was more than enough for me. We made our way back to downtown Lerwick to take in more of the decidedly civilized Scottish street scape.

There is, as it turns out, so much more to Shetland than ponies and puppies. I think you should consider a visit. 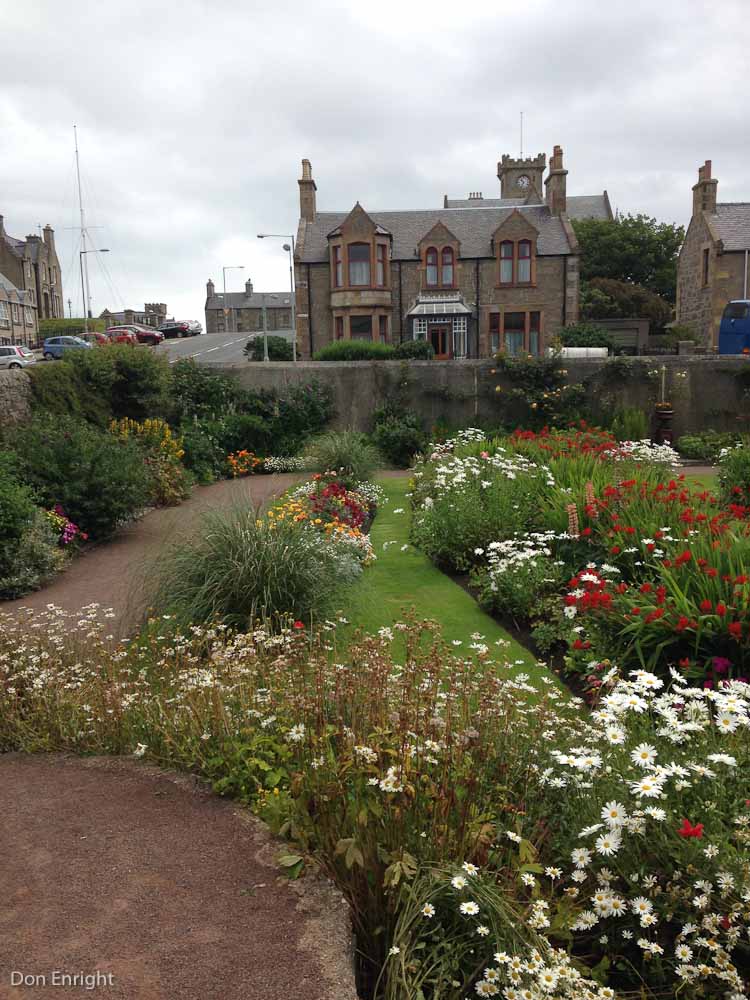 Posted in Ports of Call, Scandinavia/Russia and tagged Lerwick, Shetland.