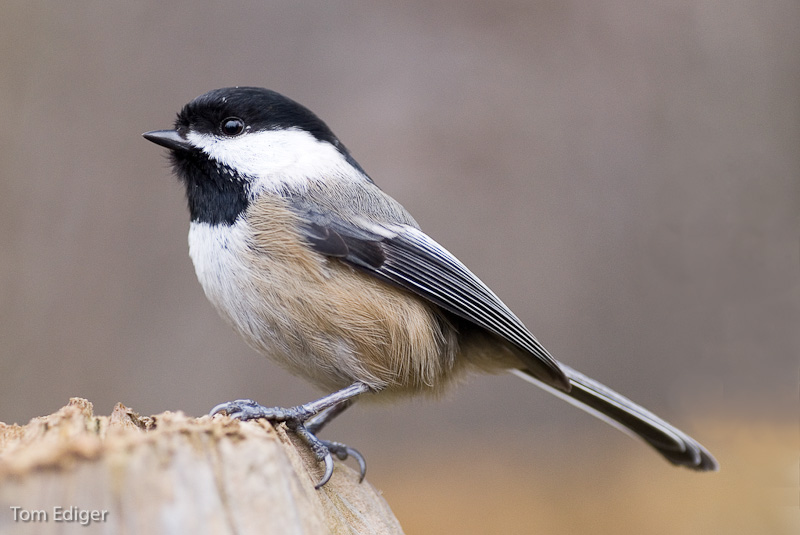 I’ve been a naturalist long enough to know that as soon as you project human values on the animal world, it’s going to come back and bite you.

Let’s face it: eagles are far from noble, no matter how much they look the part. Owls are no wiser than any other bird of prey, and swans are far less dignified than they seem, oinking and posturing and bullying their way around the pond like some great feathered mayor of Toronto.

And the most dangerous projection of all is to try to find conservative family values in wild things. Granted, geese do mate for a heart-warmingly long time. Penguins do sacrifice a great deal for their young. But look a little further and virtually any alternate lifestyle can be found in the animal kingdom, some of them shockingly profligate by traditional standards. Bondage? Check, crab spiders. Homosexuality? Hell yes; bighorn ram society is basically one big sweaty prison movie. And promiscuity? Ask your cat; all those males yowling outside aren’t fighting to be Mr. Right, they’re just fighting to be Mr. Next.

And look at tree swallows. Those sweet, downy creatures of the sky have a secret sex life you’ve never dreamed of. Sure, boy meets girl and they settle down to build a fluffy love nest together… until he leaves to go hunting for insects. That’s when she steps out for a little action on the down-low. 50% of swallow nests contain young that were not sired by their mother’s partner. Why? Because she’s not just beautiful, she’s smart, too. She’s hedging her genetic bets. Put yourself in her position: sure, you’ve chosen a male for his apparent fitness… but if you’re wrong, there’s a whole year of your (very short) life written off. Adding the neighbour’s genes into the mix is just a simple insurance policy.

And it’s not just tree swallows—it seems almost everybody’s swingin’, at least among the songbirds. Take chickadees, for example. Not only are they stepping out, they’re doing some social climbing at the same time. Black-capped chickadees are surprisingly status-conscious, and females try to find a mate who is high on the social ladder. They will mate for life, or at least for several years… until the spectre of divorce rears its ugly head. Yes, up to 15% of chickadee relationships end up in splitsville, and when it happens, it’s because she’s found somebody of higher status. And to add insult to injury, divorcee females are more likely to have had extra-marital young prior to the split.

Not everybody is messing around, mind you. American robins are steadfast and true, at least during the breeding season. Likewise spotted towhees—while males and females hardly acknowledge each other in fall and winter, they have eyes for nobody else in mating season.

Not that there isn’t trouble in paradise from time to time: even the most devoted bird couples have spats and disputes. Given the incredible demands on the couple—feeding two consecutive broods of four screeching babies, with neighbouring couples constantly trying to encroach on their territory—it’s a wonder they don’t kill each other under the pressure. Being a songbird is exhausting.

They seem to resolve their differences fairly peacefully, though; there might be a lot of fussing and bluffing, but full-on brawls are rare. Towhees have a particularly charming way of blowing off steam: it’s called debris carrying. When one of them gets really, really upset, rather than launching a physical assault, they’ll go tear up some grass or rip a piece of bark off a tree and then carry it around for fifteen minutes before dropping it. That’s it. That’s a domestic dispute in the towhee world. Maybe nature has a few lessons for us after all.

Ducks have a whole different way of dealing with the pressures of the mating season. Their genius lies in hatching babies that are pretty much self-sufficient from day one. Think about it: while songbird babies are tiny, naked, blind and entirely useless, ducklings are fluffy bundles of self-sufficiency, able to swim and run and feed themselves from the get-go. And that opens a world of possibility for crafty hens. Take hooded mergansers, for example. She might raise a dozen babies of her own, but she hedges her bets with egg dumping. While she’s busy laying her own clutch, she sneaks into a neighbouring duck’s nest and leaves a few extra eggs there, too. It doesn’t even have to be her own species; wood duck nests will work just fine. Why stop with just a dozen babies when you can have four or five extras out there, being taken care of by someone else?

What’s fascinating about that arrangement is that wood ducks and hooded mergansers have completely opposite lifestyles: mergansers dive for fish, while wood ducks make a living pecking for bugs and weeds at the edge of the pond. No matter; foster baby mergansers somehow figure out how to grow up and do merganser things without ever having seen adult mergansers in action.

I sometimes fantasized, growing up, that I really belonged to some fabulous family rather than the one I grew up with. (In my mind, my rightful siblings all sang in a band and traveled in a bus with Shirley Jones.) It’s interesting to think that in the bird world, in some small way, that sort of thing happens every day.