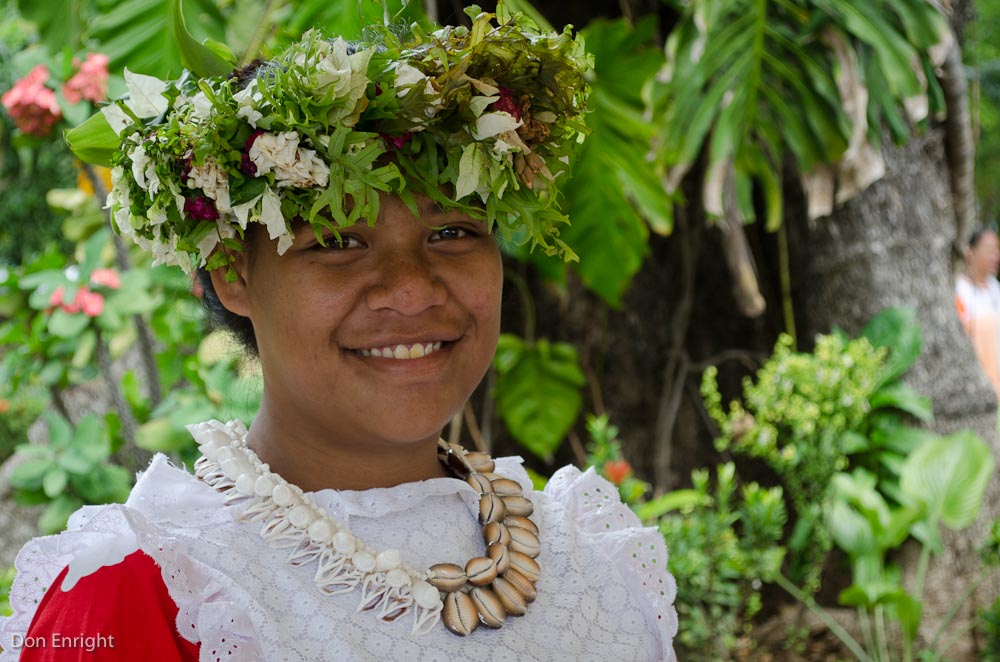 Long before I understood where on earth Tahiti was, I had an image of it in my mind. To me, Tahiti represented all things tropical, exotic, sensuous and lush. Remember Tahiti Treat? It was some overly-sugary soft drink, I recall, but the images of palm trees on the bottle sparked my childhood imagination. Later, I read of the mutiny on the Bounty, and with vivid detail imagined myself a miserable English sailor suddenly living in that tropical paradise. And later in life, I discovered Gauguin’s sumptuous paintings that made Tahiti famous; their simple primitivism portrays a land and a people beautiful beyond compare. 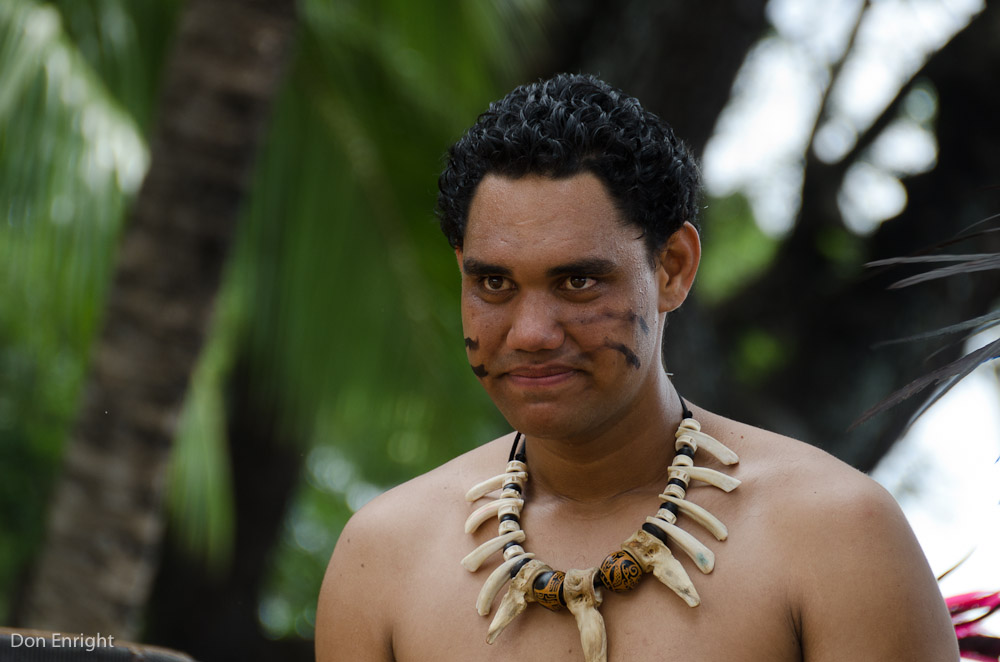 In reality, Tahiti is a modern French territory, and its main city, Papeete, is a major shipping supply port, the gateway to the South Pacific. Arriving by cruise ship as I did this week, one gets a taste of both old and new. Spinner dolphins greeted us in the harbour, and traditional musicians and dancers provided a hearty welcome. As we walked down the gangway, beautiful locals with warm smiles handed each of us a frangipani flower to tuck behind an ear. It was wonderful. 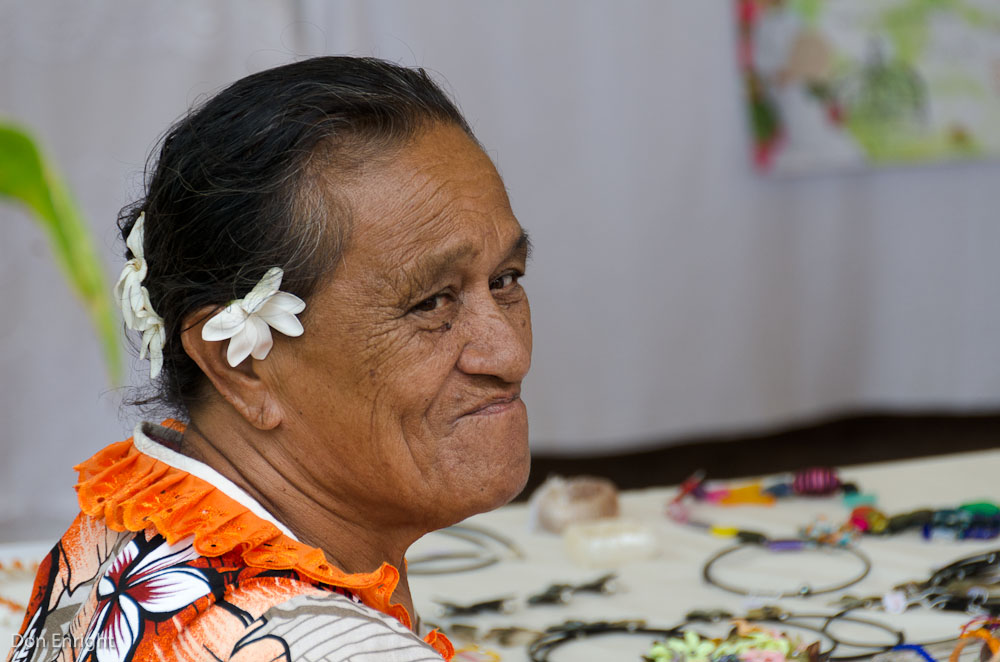 Once off the ship, wandering around town, a more realistic picture took shape. It was Sunday, and this being a French port, everything was closed. Many of the other passengers were confounded: “Why don’t they open their shops? Have they no idea how much money they could make?” But I wasn’t surprised, having visited Guadeloupe and St. Barth’s on the sabbath. Yes, they know exactly how much money they could make, and they don’t care. Some things are more important than money, though it seems strange to write that in this day and age. 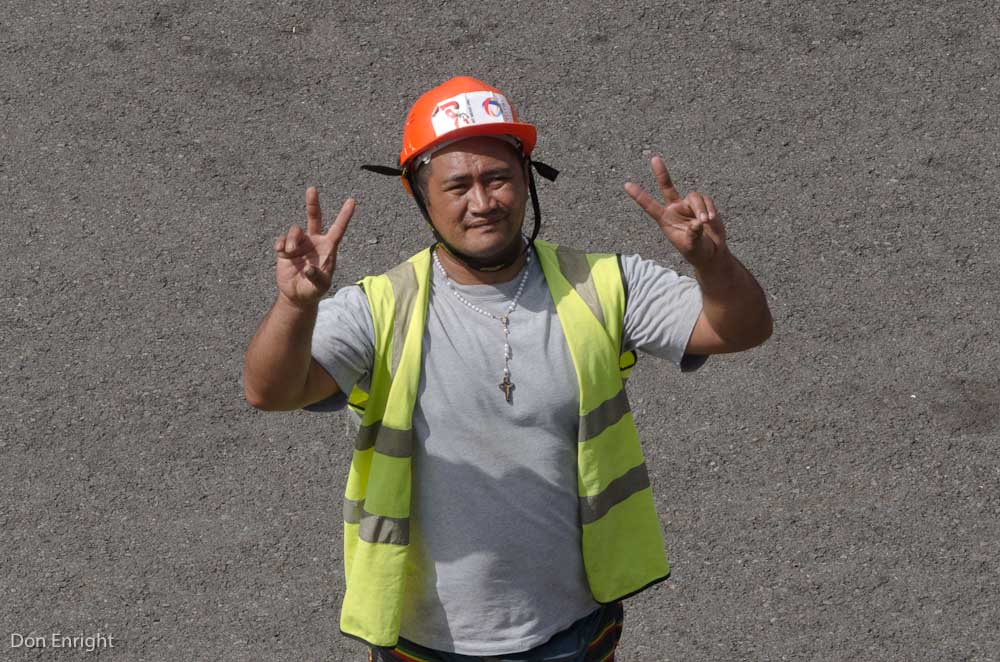 We had decided we would simply wander and photograph whatever caught our eye, and it soon became clear that the people of Papeete would be our subject for the day. After chatting with the musicians (everyone speaks French; I was expecting a strong Polynesian accent, but you could almost have been on the streets of Rouen) we walked along the seafront where they have installed a beautiful park and promenade. Many of the locals had just left Mass and were in their Sunday best. Dance societies and cultural groups were turned out in their traditional finery, flowers in their hair. Many of the young men were covered in tattoos and dressed as traditional warriors for the benefit of the cruise passengers; I can imagine what a terrifying sight they must have been to Captain Cook or Bligh two hundred years ago. And of course, most of the townspeople were dressed simply as themselves: relatively poor, modern citizens of a remarkable little island. 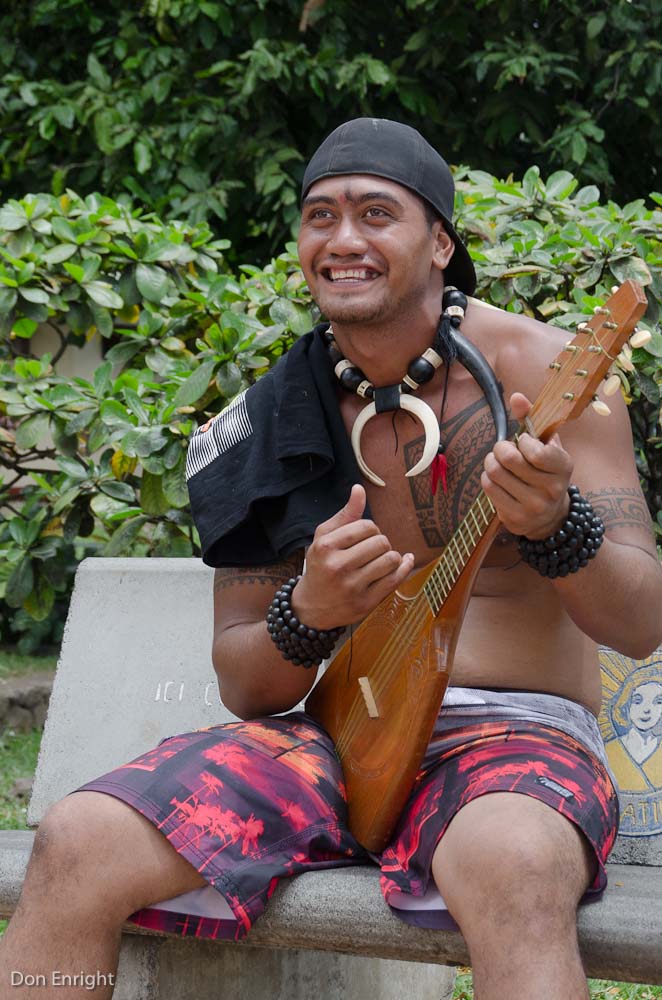 The vast majority of Tahitians are ethnically Polynesian, part of that great culture that spread across the Pacific from somewhere in Asia over two thousand years ago. We ourselves had sailed across the vast Pacific from Hawaii, traveling for days without seeing another vessel nor a single island, and I gained some small appreciation for the courage and navigational skills of those early settlers. 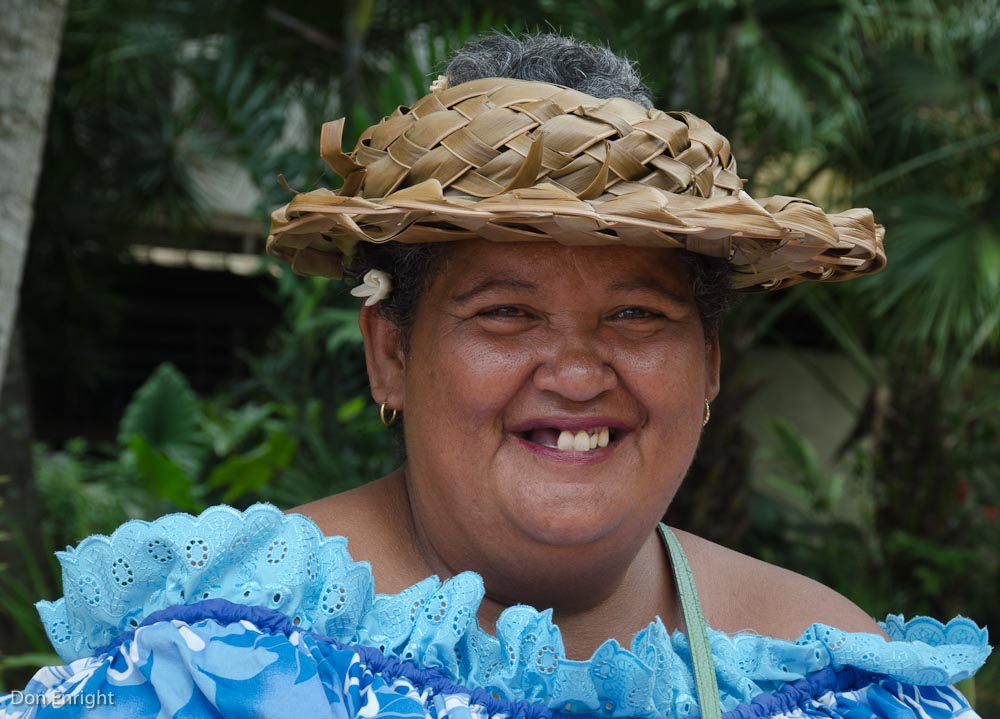 I had been reading Charles Darwin’s Voyage of the Beagle as we approached the island and I found his description of the people apt, in a Victorian way: “They are very tall, broad-shouldered, athletic and well proportioned. It has been remarked that it requires little habit to make a dark skin more pleasing and natural to the eye of a European than his own colour. A white man bathing by the side of a Tahitian was like a plant bleached by the gardener’s art compared with a fine dark green one growing vigorously in the open fields.” 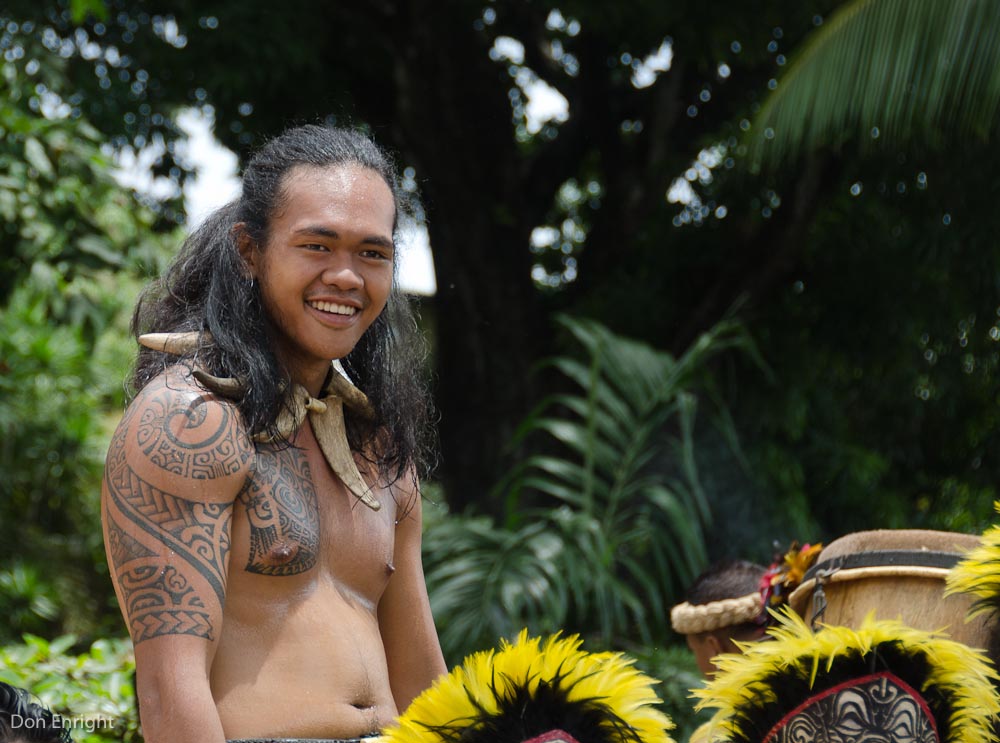 Our own bleached skin, after a summer in northern Europe, began to show the effects of the tropical sun after a couple hours’ walking. We continued down the waterfront, photographing birds along the way. Looking down along the pier, we saw corals growing against the pilings, damsel and butterfly fish swimming among them. Other cruise ship passengers were making their way along the promenade, and a few of them, having discovered that we spoke French, asked us to act as translators. We ended up in a conversation with two local bicycle cops about breadfruit; the officers not only explained what breadfruit was called in Tahitian and French, but walked with us some distance to find a tree. 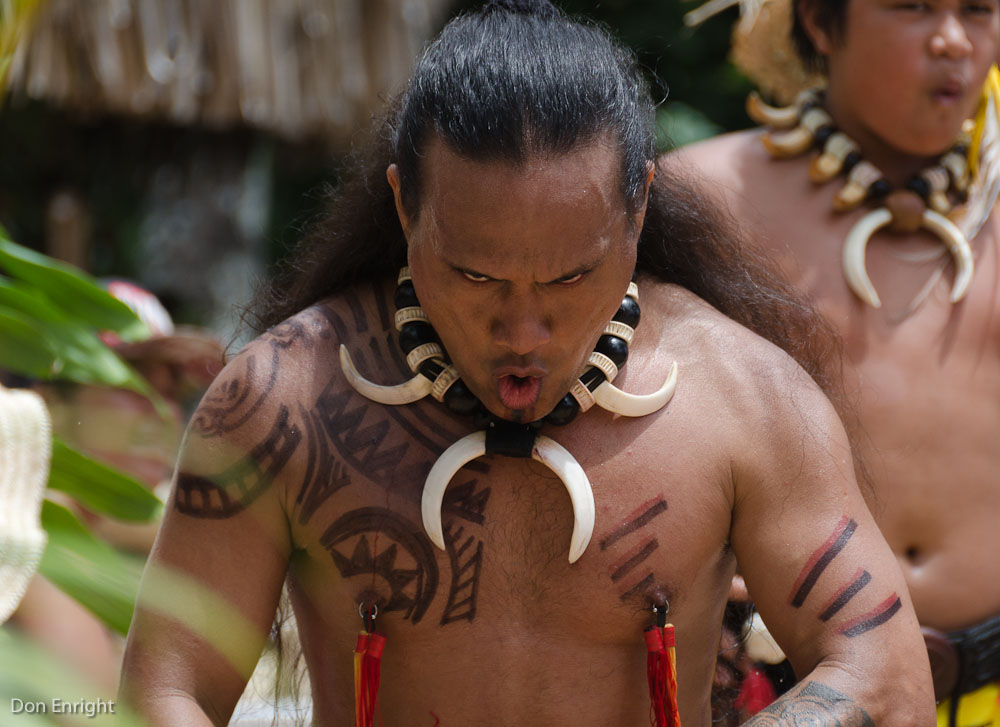 A few minutes later, as we photographed mynahs beside a busy playground, the skies opened up and everyone ran for cover in a picnic shelter. We huddled there with the local families as the adults chatted and the children took turns darting out into the rain, squealing with laughter. It was an idyllic scene. Perhaps it wasn’t quite something out of a Gauguin painting, but taking it all in, I began to understand how Tahiti and its warm, welcoming people came to symbolize paradise on earth.

I hope you enjoy these portraits of the people of Papeete. 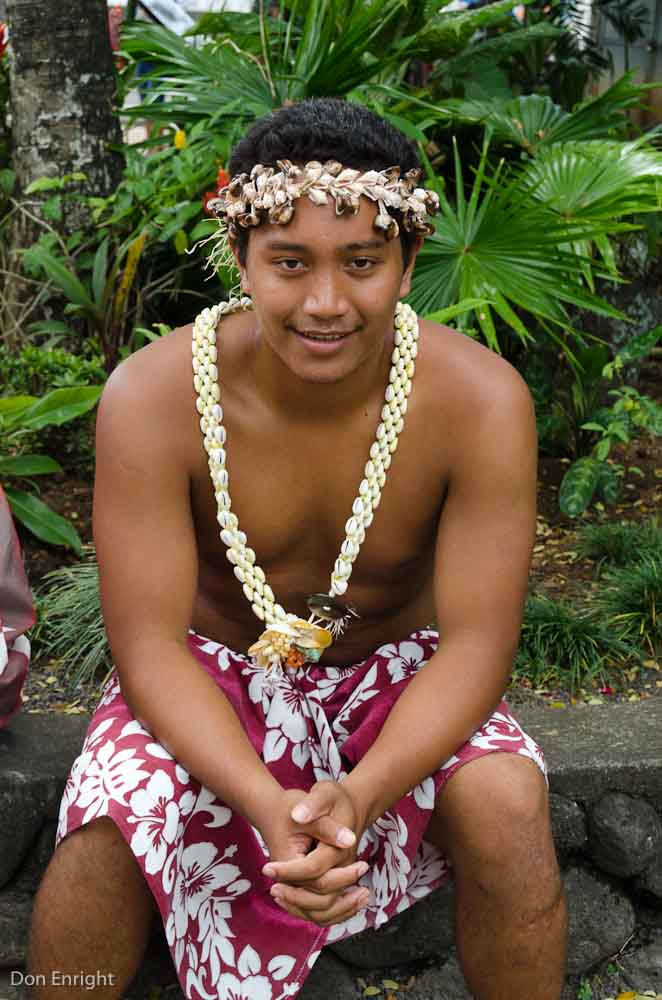 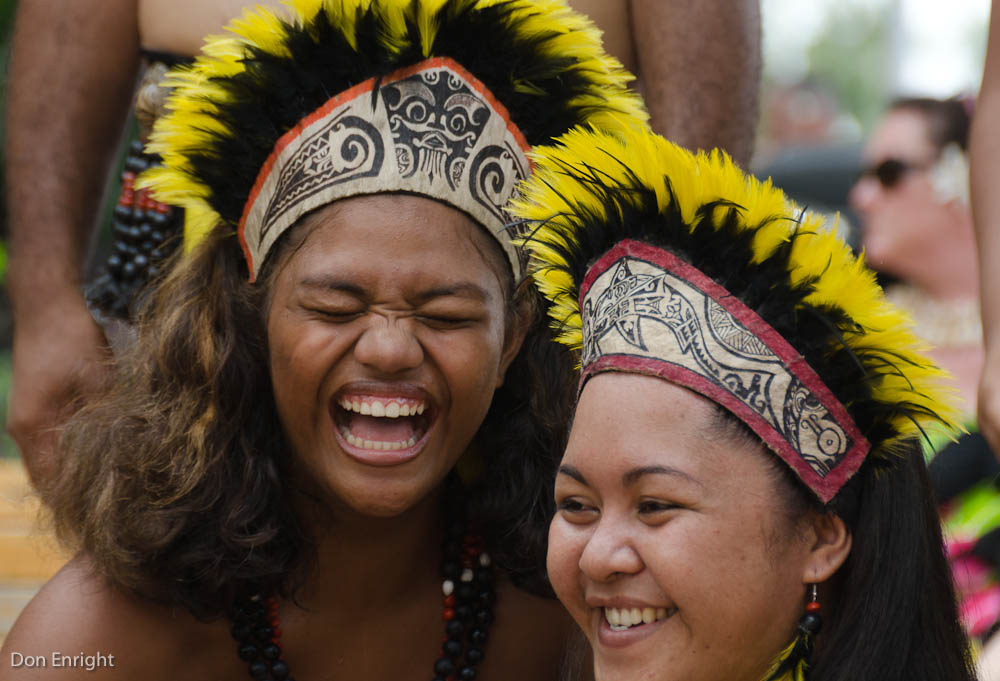 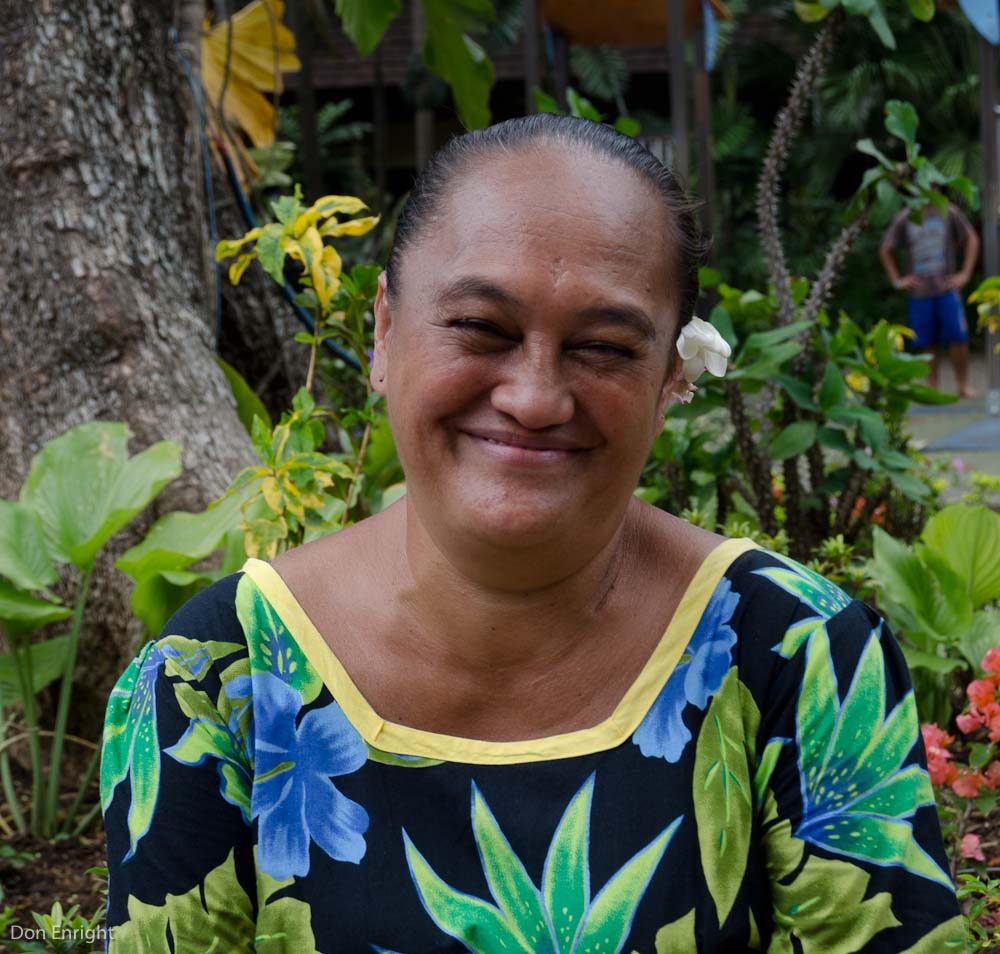 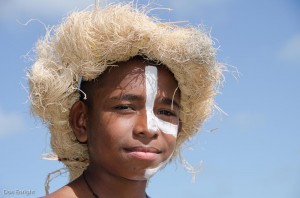 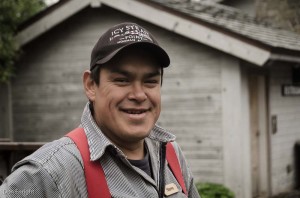