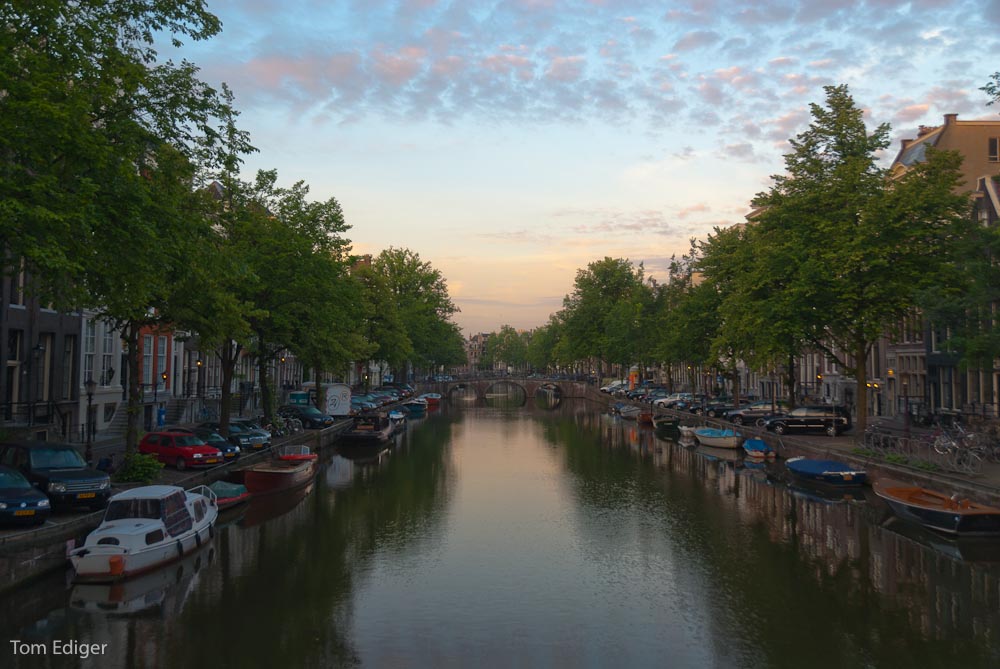 Despite its reputation as a hedonist’s delight, Amsterdam is charming, refined, diverse and beautiful. You just need to know where to go.

Whenever I tell people I’m off to Amsterdam, I get pretty much the same reaction:  “Oh, Amsterdam. Off for a little fun, are you? Nudge, nudge.”  Please. First of all, I come from Vancouver. I can have pretty much any kind of “fun” I want in the comfort of my home town, thanks. And secondly, to equate the city with its, er, robust party scene is to do it a bit of injustice. Amsterdam, I’m here to tell you, is so much more. So allow me to give you a bit of an introduction to the gentler, quieter side of The Netherlands’ gorgeous capital. I’ll let you make your way around the red light district all by yourself. I get my kicks above the waistline, sunshine.

The Dutch like to sleep in. I know you wouldn’t think so; northern Europeans have a reputation for industriousness. But you can walk the streets of this fair town at seven in the morning and be pretty much alone. Where a Toronto or a Vancouver would be bustling with commuters at that hour, there’s really nothing at all going on in Amsterdam, with the exception of a few street cleaners and the odd reveller staggering home from the night before. So take advantage of it. Get up with the sun, grab your camera, and walk alongside the canals. If you’re lucky, you might find a coffee shop open (that’s coffee shop, not “coffee shop”), so grab a robust little espresso and just walk. Dutch skies really are as moody as the Masters painted them, and to see the glow of sunrise reflected off the endless waterways that crisscross the town is inspiring. Couple the soft lighting with the angles of the 16th century architecture—gorgeous gingerbread-like houses leaning to and fro—and you’ve got two hours of really exciting photography in your hands. It’s so beautiful. Do it.

And since it’s still good and early in the morning, I suggest you head straight to one of the museums; they get busy and you’ll want to beat the rush. My pick…

It doesn’t matter if you’ve read her diary or have never heard of her; a visit here will change the size and shape of your soul. You need to go.

If you’re not familiar with her story, Anne Frank was a young Jewish girl who took refuge with her family in the attic of an Amsterdam shop for several years during the Nazi occupation. While in hiding, she wrote a diary. The Anne Frank Museum is that building, restored more or less as it was during her exile here, and to walk through it is to experience the Holocaust in the most concrete, human, tangible, heartbreaking way. I have been to many WWII sites in Europe; I have toured concentration camps and stood in gas chambers. But I don’t think I ever really felt the horror of that time until sifting through the minutiae of a simple family’s life as they tried to survive under the daily threat of betrayal and deportation. I found the experience emotionally taxing, I have to say. We couldn’t really talk for an hour afterward; we just walked and walked and walked, trying to make sense of it all. Which isn’t to say that it was depressing. I found that the museum’s existence itself was hopeful, placed in the context of Amsterdam today, a free, democratic, tolerant society. Maybe the arc of the moral universe, as Mr. King put it, is bending slowly toward justice after all. It has to be.

Okay, time to relax a bit. And, conveniently, you’re right on the edge of…

The Jordaan (“yor-dahn”) is Amsterdam’s upscale, hip residential neighbourhood. Formerly a working-class enclave, this is where you go for chic shopping, smart lunches and truly excellent coffee. It’s a very attractive quarter. The Dutch take beautiful care of their storefronts and home facades; as a gardener, I take endless delight in seeing how these horticulturally gifted people can pry up a few cobblestones, scratch a hole in the sand and suddenly make climbing roses happen. So take your time and stroll; some of the art galleries are fantastic, and  there’s a lot of places to sit for a snack. My pick? Winkel43, a hipster bakery that serves the most wonderful example of the national pastry, Hollandse Appeltaart or Dutch apple pie. It’s an unusual dish, sort of a cakey, spicy, very tall version of what we’re used to. Couple it with strong black coffee and you’re in heaven. 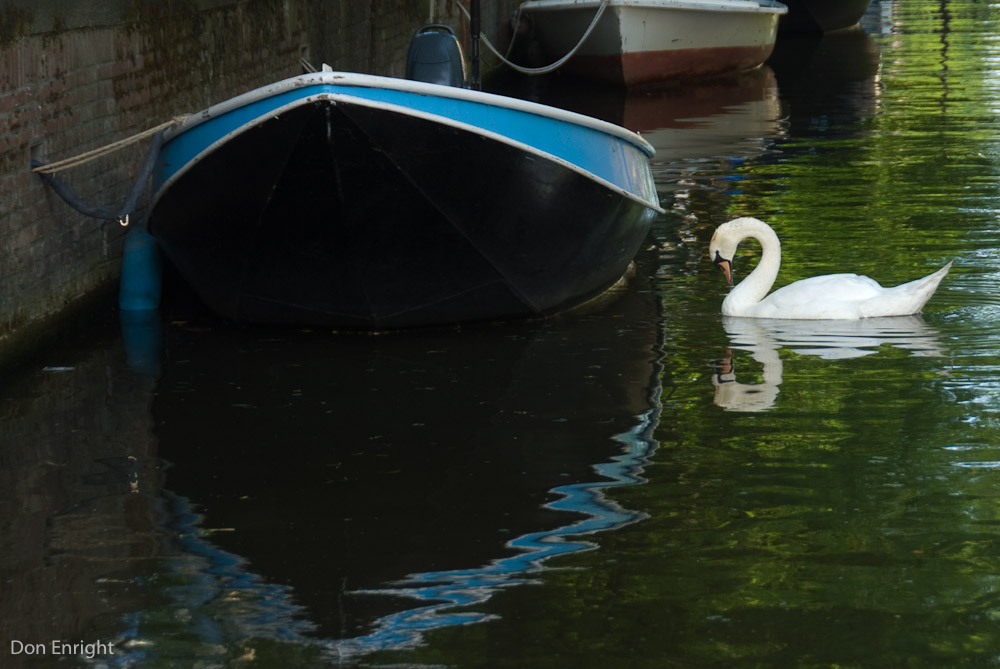 I firmly believe that you can judge any civilization by the quality of its green spaces. And from that point of view, Amsterdam’s saving grace is Vondelpark, 120 acres of walkways, lawns, woodlands, lagoons… and 10 million visitors a year. Yep, it’s bustling and busy, but with good reason. So stop by a bakery and a cheese shop, get yourself a wad of gouda and some fruit, and make your way to this wonderful park for a picnic. You’ll see bands playing, backpackers flirting (theres a huge international youth hostel on the edge of the park that makes for a very youthful vibe), and a remarkable variety of birds taking advantage of the natural areas. Somebody introduced ring-necked parakeets many years ago, and now they’re everywhere, squawking and screeching and flying like green bullets through the sky. 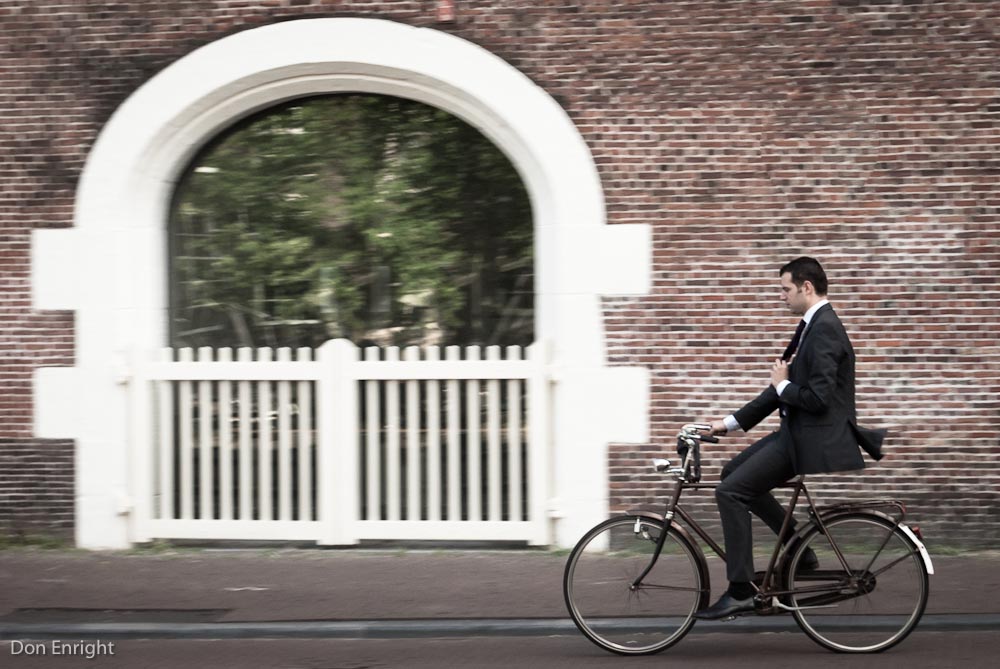 Just south of Vondelpark is the Van Gogh Museum, a beautiful modern space devoted entirely to the artist and his work. I never really thought of myself as a Van Gogh connoisseur the first time I went, years ago, but if you’re like me, you’ll be amazed at how many works you recognize. And to get a chance to see them up close and really spend time with them is a privilege.

Again, the experience is emotional. The museum does a good job of juxtaposing his glorious paintings with stories of his struggles against poverty and mental illness. To follow his life and see how hard he worked, how passionately and joyfully he painted and how very, very difficult his life became… I wonder what he would say if he saw this place now, and hear what his paintings sell for.

Here’s a spot that’s not in most of the guide books, but if you’re at all interested in gardening (or in the Dutch cultural obsession with horticulture), you need to head to the world’s only floating flower market. The shopkeepers are friendly, the plants are absolutely gorgeous, and you can even pick up some of the world’s most exotic tulip varieties to take home. Just let them know where you live, and they will make sure to sell you legally-cleared cultivars with the appropriate certificates to get them across borders. 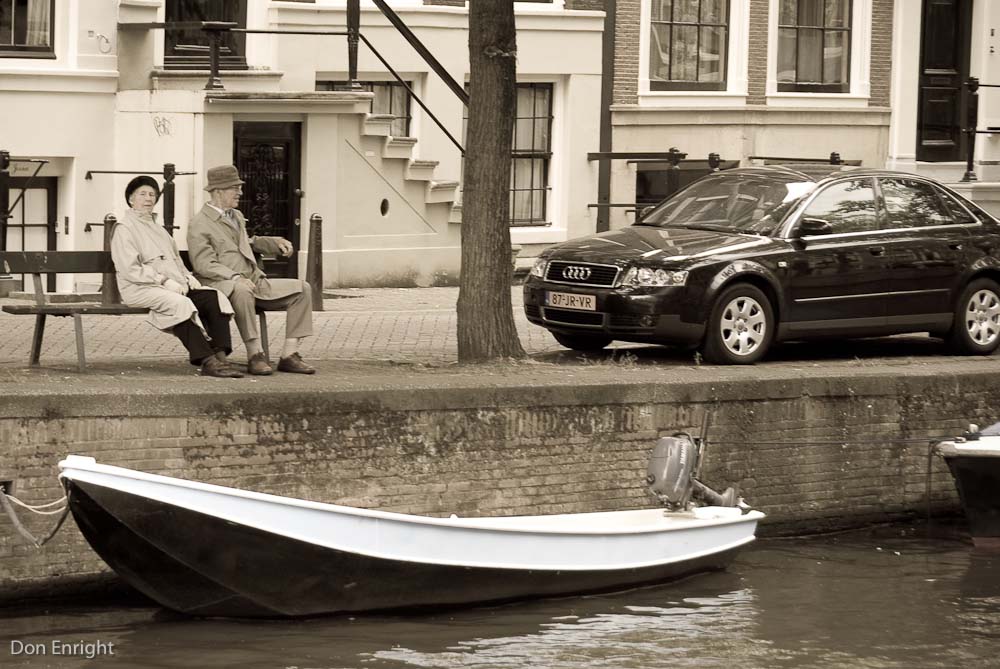 The Netherlands’ great national art museum has given itself a massive makeover, and I confess I haven’t seen it yet. Apparently every single piece of art has moved, with the exception of the Night Watch which remains in the gallery that was built for it. The facelift took ten years and $500 million, so my expectations are high.

As with any huge national museum, I suggest you don’t try to take in the whole thing at one time. Give yourself an hour, maybe two, in the museum and resolve to come back for more later. You’ll want to save some energy for the nightlife, after all. 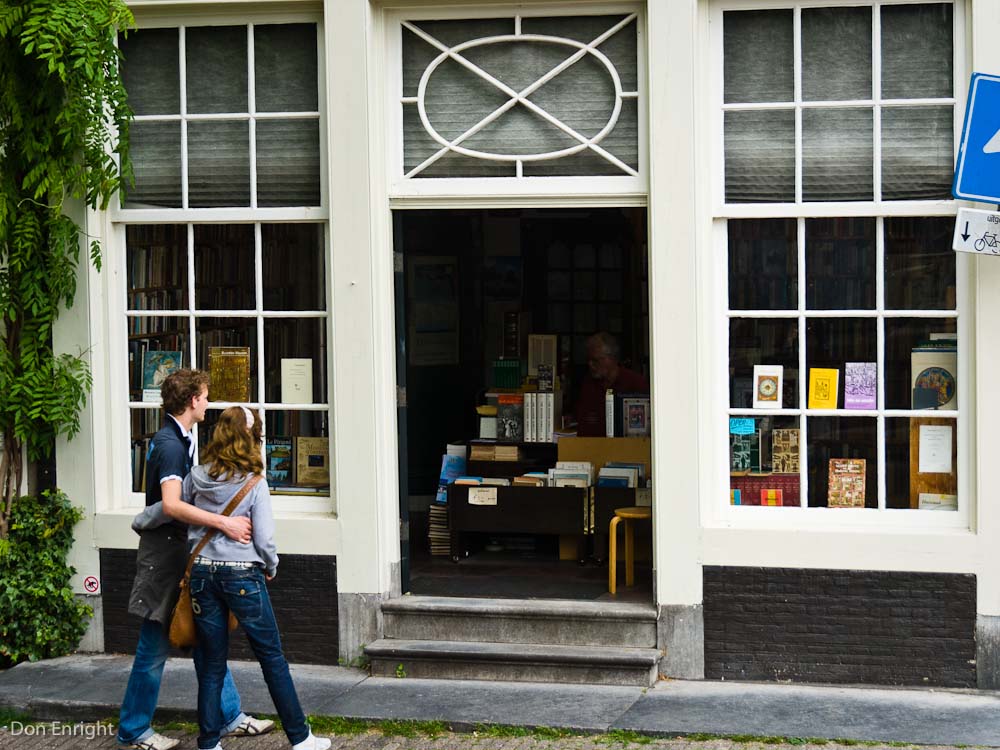 There’s so much more to Amsterdam than I’ve been able to capture here, but the good thing about it is that it is so compact and walkable, you’ll have no trouble discovering its treasures on your own. To whet your appetite, I’ve decided to try to recreate the Dutch apple pie that made such an impression on me over there. Want to give it a try? Click on over here, and start baking. It’s as easy as een, twee, drie.