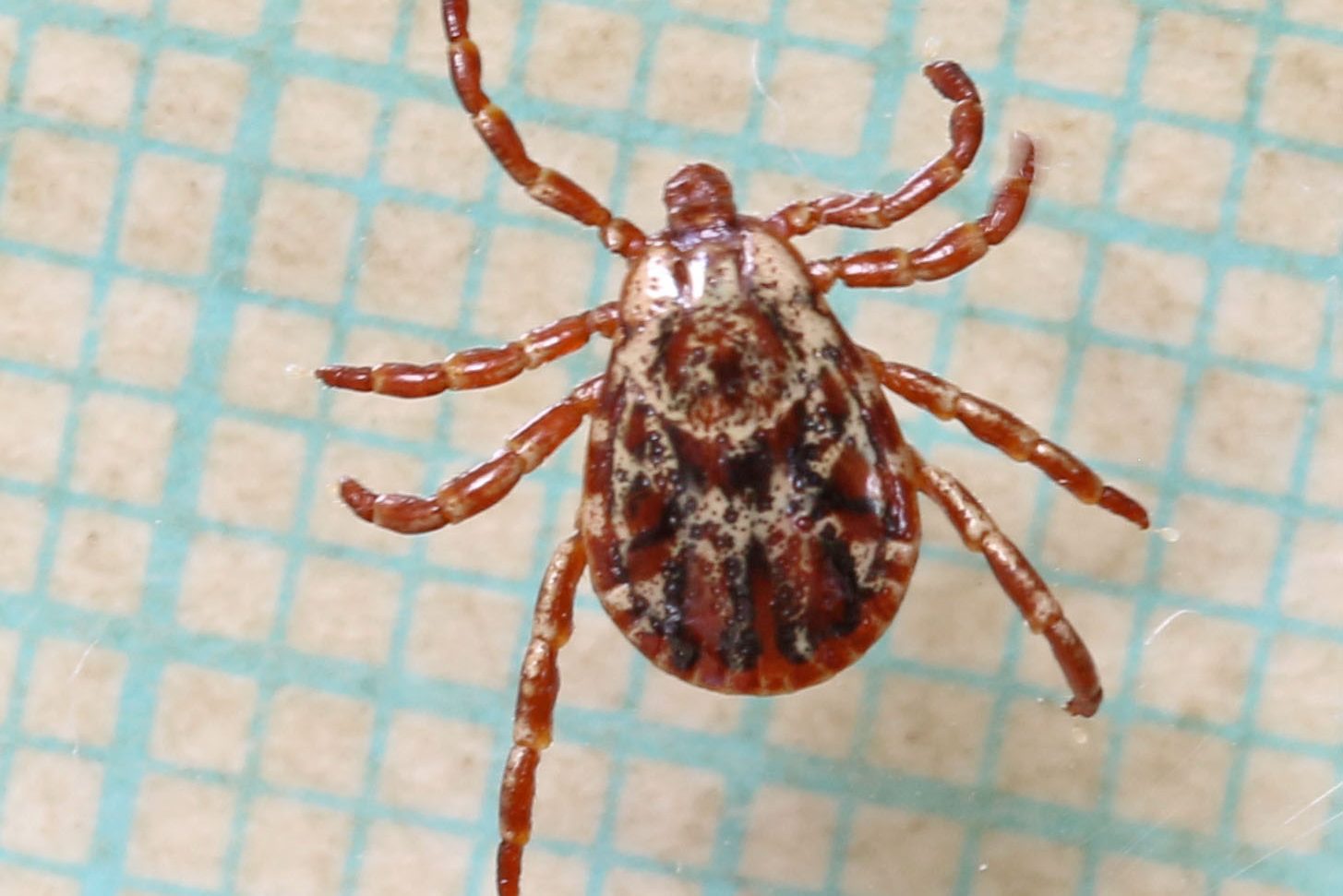 Latin names have no place in popular writing and programming.

Once upon a time I was a bit of a tedious pedant. Hard to believe, I know, but I have vivid memories of tossing around Latin names to impress my audiences. I was young and insecure, trying to do my best with a serious case of imposter syndrome. I remember clearly playing a wood tick in a skit, and insisting on telling people my Latin name was Dermacentor andersoni.

Why, looking back, did it not occur to me to even question how that character, a tick in a field, would know its Latin name? Did it find a little textbook under a gumweed? And how many audience members could be expected to remember that name? And what do those words mean, anyway? And how does learning those two words help anybody understand ticks, or appreciate their place in nature, or be prepared for meeting ticks in the field? God, I was a prat, looking back.

Latin names almost never add value for popular audiences, unless you are actually interpreting taxonomy, the science of naming things. You can talk about bluebirds without ever saying Sialia; you can write a terrific interpretive sign about loosestrife without writing Lythrum once.

Sure, there are a few English names that might need disambiguation. Goatsbeard, for example. It seems like every fuzzy white flower in history has been called goatsbeard at some point. But guess what? Most of these have alternate English names—and each can be clarified with a photo and a little natural history information.

Because here’s the thing: with each Aruncus dioicus you toss around, you’re subtly telling newcomers that your program isn’t for them; that they’re just a little bit less welcome than those who were steeped, like you, in the Western academic tradition. It’s off-putting and unnecessary. It’s the opposite of what we’re trying to accomplish in our profession right now.

I do acknowledge that some creatures just don’t have good common names yet. I just wrote ‘Lymantria’ into a family-facing interpretive text the other day and I cringed doing so—but the English name for that invasive little moth is pejorative toward an ethnocultural group and who needs that?

And then (sigh) there’s the problem of dinosaurs. Most of them have just never been graced with common names—and more’s the pity. I mean, T. rex is dead easy to remember, and a Latin name like Hadrausaur isn’t too tough to pronounce. (Sadly, hadrosaurs are as exciting as Guernsey cattle). Meanwhile, truly exhilarating animals like Pachycephalosaurus or utterly outrageous beasts like Therizinosaurus go uncelebrated and unremembered—because nobody can pronounce nor recall their names. Can someone please take on the common naming of dinosaurs? Thanks.

Are you a self-loathing interpreter?

I have fought the battle against Latin names in interpretive writing for years, and more often than not, I have lost. Even when the writer or editor cannot identify any value whatsoever that Latin names will bring to the reader, they end up adding them anyway—because, I believe, it makes them feel better about themselves.  Latin names make interpreters feel like REAL scientists.

I mentioned imposter syndrome above—it’s something all of us deal with to some extent. But there’s another side to the credibility issue that is particularly challenging to those with scientific training. Bear with me for a moment here.

As a gay man of a certain age, I have had to do a lot of work to recognize internalized homophobia—the baggage and shame that I have carried with me for years. Interpreters who came up through science programs in university have baggage, too. They spent years (and dollars) getting that BSc or MSc, and I think some of them are just a little bit ashamed that they didn’t become a publishing scientist—that they had to ‘settle’ for interpretation or popular science writing. This kind of self-loathing is, like internalized homophobia, unfortunate and curable. Ours is a noble profession and I honestly believe that you can do more good in the world as a working interpreter than most research scientists will ever accomplish. I have built my career around that conviction.

But we have all worked with writers and presenters who insist on fluffing up their credibility with impenetrable jargon—who create experiences first and foremost with their academic peers in mind. “I can’t just call it a butterwort—what would my ADVISOR think?”

Thus, they signal their membership in an elite group through elitist vocabulary.  And they establish themselves as intellectual heirs of the colonial, Western scientific tradition. Yawn.

Yes, Latin names are imperialist. Think of the great explorer/naturalists of history—Darwin, Wallace, Humbolt, Steller—and the scientific societies to whom they reported. These men weren’t just placed on ships to advance scientific knowledge—they were put there to inventory and catalogue the Empire’s new possessions. With living things as with landforms, naming has always been the first step in claiming.

I believe this is why we cling to Latin names, and insist on the naming of things as the first piece of information we teach. Knowing something’s name gives us a feeling of sovereignty over it, and with that feeling of ownership comes a false sense of understanding.

What if we let go of that imperialist urge? What if we concentrated on interpreting appearance, behaviour, ecology, sounds, movements, and beauty before we go about the business of naming?

Names are usually the least interesting thing about a species anyway, and Latin names in particular usually tell us more about the scientists than the species itself. I keep telling people on my bird walks, “That bird has no idea what its name is and it doesn’t give a damn. Let’s just watch it for a while.”

Let go of Latin names. Let go of the urge to impress with naming in general. You’ll be a better interpreter for it.

FOLLOW UP, Post Publication – my client has offered Spongy Moth instead of Lymantria (and instead of the awful Gypsy Moth.) Yay! 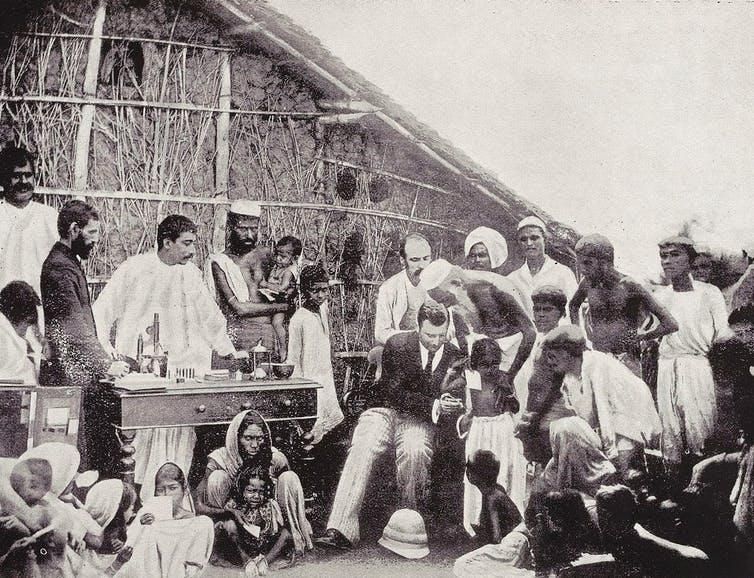 Science Still Bears the Fingerprints of Colonialism
Western science long relied on the knowledge and exploitation of colonized peoples. In many ways, it still does

When words of wisdom are not wise. A study of accessibility in museum exhibition texts | Nordisk Museologi
This article presents a study of the linguistic accessibility of Danish museum exhibition texts. e point of departure is the well-established paradigm shift in the international museum field proclaiming that today’s museums should strive to give physical and intellectual access to all visitors regar… 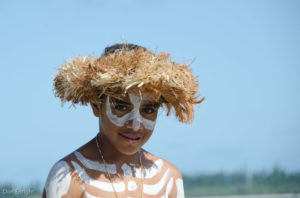 The Art and Science of Visitor Experience 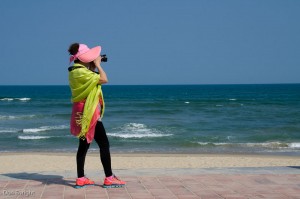