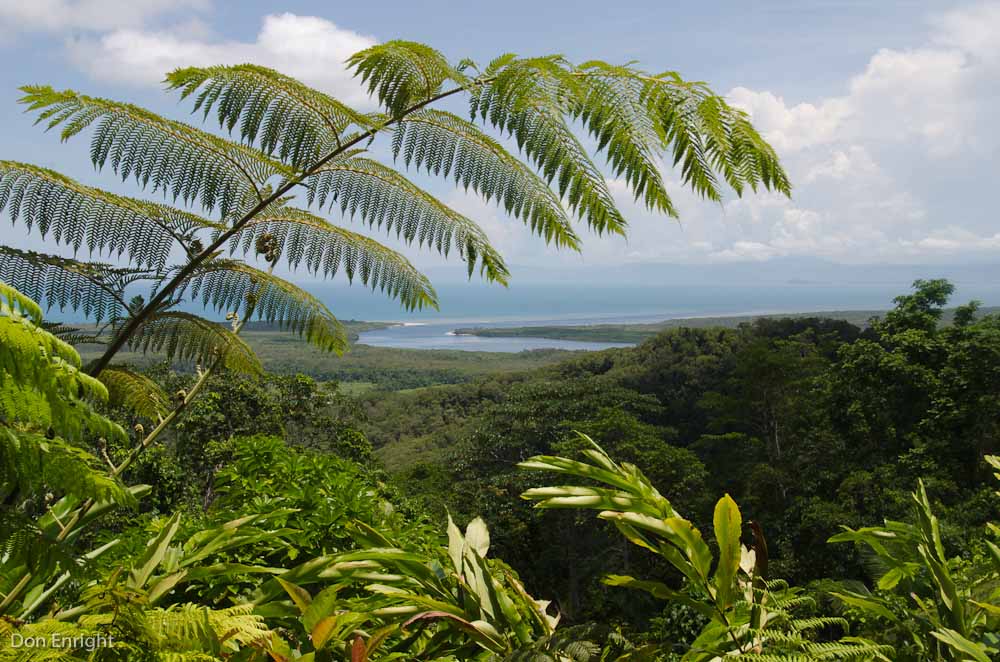 Last night, I slept in a treehouse in the middle of the rainforest. It was pretty incredible.

We were docked in Cairns, Australia and we had a rare night on shore. Having already explored the city and its environs a bit, we decided to head further afield. We rented a car and booked a place that looked intriguing on AirBnB.com. On the website, it looked pretty cool: an open-air bed and breakfast at Cape Tribulation, in the heart of Australia’s Daintree rainforest—a Unesco world heritage site.

I was picturing something semi-urban, semi-rustic: maybe a house on the edge of town facing into the jungle. It was a lot wilder than I expected. We drove out of town and walked into the property to meet our hostess, who then walked us further into the jungle to find our treehouse. Up we climbed; there were no glass windows, and no screens where the windows might be—it was all wide open. There were comfy looking hammocks, a bed with mosquito netting (which she assured us we wouldn’t need) and a few electric lights. Tom and I looked at each other as she showed us around: this was fantastic.

It was more like glamping than a bed and breakfast (forgive the portmanteau but I kind of like it:  glamorous camping), and it was perfect for us. We dropped off our things and set out to explore.

The weather was a bit oppressive. You know it’s hot when even the Aussies complain—they are a tough breed and take pride in being able to handle the heat, the way we Canadians brag about our cold temperatures (I wonder if they secretly bitch to each other endlessly about the weather the way we do.) It was a bit “steamed up”, as our car rental agent said. And by that she meant 33 degrees with 80 percent humidity. It was like walking around in a bowl of Scotch broth, and our clothes were drenched within a few minutes of setting out.

This is cassowary country, and everywhere we went we kept our eyes open for the great stroppy bird, known for its intolerance of intruders (and its ability to run at high speed through dense bush, sometimes eviscerating whatever stands in its way.) The cassowary is endangered, mostly because the tropical lowland rainforest is endangered too; it tends to get cleared pretty quickly for agriculture. The Daintree is one of the best places in the country to experience it.

As we walked, we took note of the amazing vegetation growing through the moist landscape. Slow-moving creeks the colour of Darjeeling tea saturated the soil, and everywhere the ground was littered with strange tropical fruits. Two kinds of palm tree fascinated us: one was a fan palm with giant, almost perfectly-round leaves, and the other was a rattan. The rattan palms are abundant in this part of the world, but they kind of blew my mind—they’re a climbing palm tree, if you can imagine such a thing, and reach a length of 200 metres. They start out like your average palm—well, your average really beautiful and graceful palm—but eventually the new fronds that sprout out the top start growing out as really long tendrils. They reach out for anything tall, grabbing onto it and taking the palm upward for a ride to the canopy. Everything competes for the light in the rainforest.

When we could take no more of the forest mugginess, we made our way to the seashore to let the breezes dry us off a bit. We walked along the sandy beaches of Cape Tribulation itself, named by Captain Cook when he became stranded here for a time. It looked like a pretty nice place to be stranded, if you ask me—compared to, say, Captain Franklin’s lot—but what do I know? Signs along the beach warned of the current plague of stinging cnidarians afflicting the Great Barrier Reef: tiny jellies that do tremendous damage to exposed swimmers.

As the sun began to set, we made our way back to our private treehouse. We ate dinner in silence. Or rather, we were silent as we listened to the endless din of nature around us. Daytime noises gave way to night: cockatoos and drongos fell silent as a chorus of insects and frogs and God knows what else began to sing. Every few minutes a mammal-like squeaking emanated from our rafters; we never did figure out what it was.

The smell of the rainforest was unforgettable. Something was in bloom out there and it was fantastic. It must have been a kind of jasmine; the fragrance floated in atop the earthy, composty jungle odours and we couldn’t get enough of it.

We had purchased heavy-duty bug repellent but the mossies never really materialized. Three adorable geckos joined us for the evening, undoubtedly helping to keep the insect numbers down. One big fat one was clever enough to station itself right by the light bulb, reaping the fruits of its ingenuity. 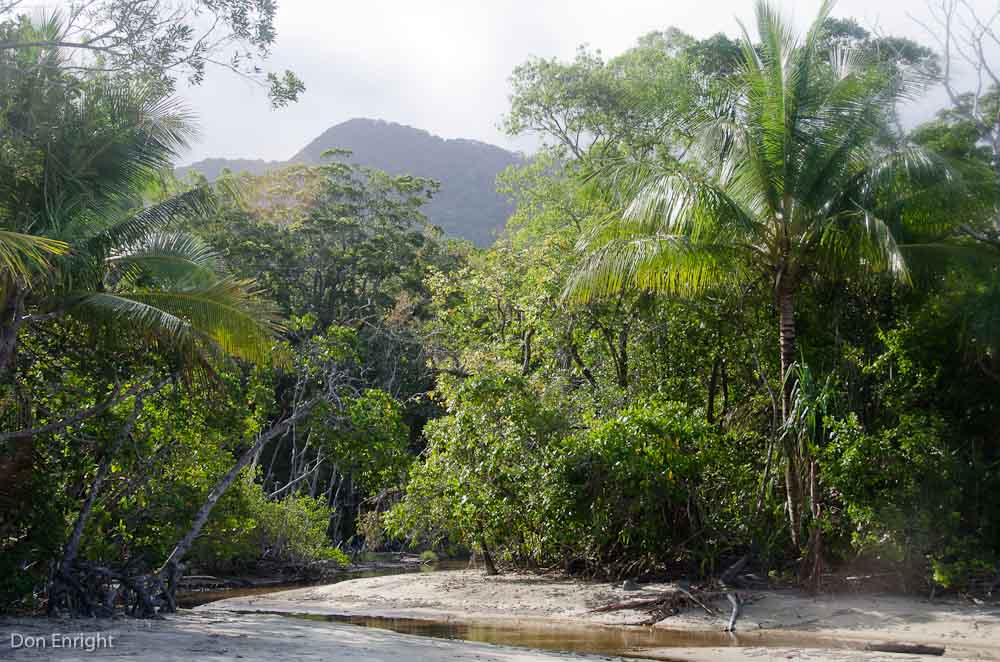 We never did spy our elusive cassowary, but I suppose that might be a good thing. And I can’t say we slept well overnight; the wind began to blow and tiny bits of the rainforest rained down on our corrugated steel roof. But I didn’t care; I lay there awake, bathed in the warm moist air, registering these sounds and smells on my memory.

It will be a long time before I again experience anything quite like a night in the Australia’s Daintree wilderness. 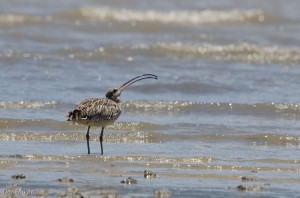 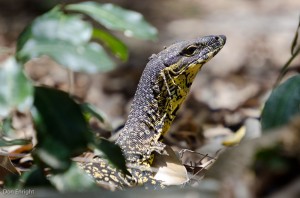