(This article first appeared in Legacy Magazine, published by the National Association of Interpretation.) 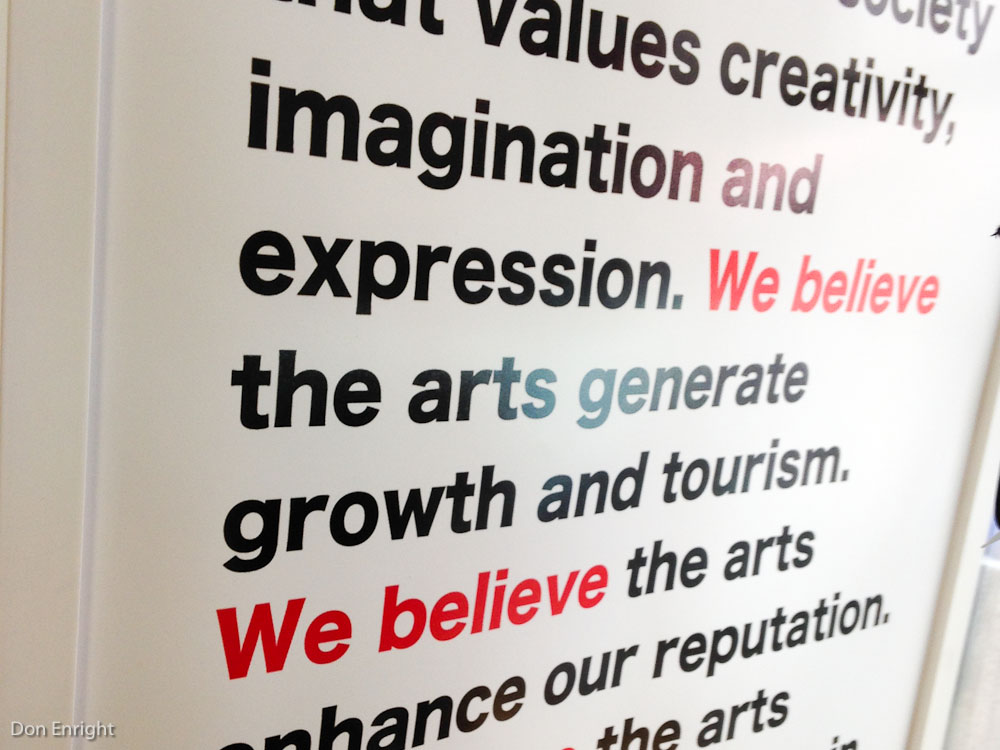 When they say “can’t”, we need to re-train our ears to hear “choose not to”.

Two years ago, I fulfilled a lifelong dream and visited the Republic of Ireland. Among its many treasures (endless green hillsides, first-rate beer, friendly locals), I discovered that the Irish national museums are free of charge. Free! I had no idea.

My friends and I spent hours at the Museum of Archaeology in Dublin, with its exquisite collections of Celtic gold, reconstructed Viking villages, and bog people (they have bog people!) In fact, after a few overwhelming hours there, we chose to leave and come back the next day, simply because we could, for free. What a civilized place.

Likewise the Natural History Museum, or Dead Animal Zoo as the Dubliners call it. As I watched young children racing among the exhibits, laughing with delight at the giant skeletal Irish elk, it occurred to me: why on earth don’t we do this at home?

The question of free access to museums, parks and other cultural institutions is not a new one, of course, but I’m here to suggest that it’s time to re-evaluate it, and question some of the assumptions that we take as gospel on this side of the Atlantic.

In North America, if you ask any museum or park director why we charge at the gate, they’ll say they can’t operate these institutions any other way. Without gate revenues, funding for programming, maintenance and security would simply dry up. End of story.

But think about it: we choose to subsidize a lot of things collectively without question, including profitable industries like agriculture, forestry and petroleum (and don’t even get me started on defence.) So when they say “can’t”, we need to re-train our ears to hear “choose not to”.  Allowing citizens free access onto the national park lands they already own is not impossible; it’s simply not a priority. We choose, collectively, to bar poor people from their cultural treasures. It’s not a flattering thing to consider, especially for those of us who work in the sector. It troubles me a lot: we are keepers of the public trust, and to charge people money for things they already own borders, I feel, on the immoral.

There’s very little debate on the subject in North America; in the United Kingdom it’s a more divisive topic. In September of 2015, the York City Museum slapped a £7.50 charge on their front gate after an expensive renovation was complete. There were protests outside; there was considerable coverage in the media across the country.

What will it do to the museum’s attendance? That remains to be seen, though other institutions have registered a drop of up to 70% in similar situations. Mind you, those numbers will likely recover over time: angry patrons will slowly return, new visitors will be recruited through marketing, and the only people who will genuinely suffer are the poor, who will never come back.

Proponents of the new fees might point out the reality that, by and large, the poor probably weren’t there to begin with. And it’s true: museums and parks have always appealed to the middle and upper classes; we have long done a spectacularly bad job of making ourselves relevant to the marginalized. After centuries of exclusion we have entire segments of society—the poor, the less-educated, minorities of all kinds—who don’t see themselves as the kinds of people who would ever visit us, whether they could afford to or not.

The evidence bears this out. In 2001, when many institutions in the UK abandoned their fees and threw their doors open, their attendance increased dramatically… but the proportion of disadvantaged people among them didn’t go up.  In other words, they ended up getting a lot more of the wealthier, educated traditional museum goers they always got. So why not charge them?

Ultimately, I feel that the question perhaps isn’t to charge or not to charge; it’s whether or not we care about making space for the kinds of people we’ve always ignored. Are poor people and other minorities part of our mission or not? Does our passion for sharing our cultural and natural treasures extend to them? If it does, we need to find ways to connect, and price is only the first part of the picture. We’re going to have to go back to square one with these under-served audiences, and create experiences that resonate with them. It will involve re-imagining the visitor experience in itself, from the words we choose for our panels, to the kinds of objects we exhibit, to the kinds of things we sell in our restaurants and gift shops.

The good news, from an economic perspective, is that there are millions of non-visitors out there: millions of people who have never darkened our doors but might be enticed to, if we play our cards right. And the magical thing about economies of scale is that by appealing to greater numbers, you can charge far less per capita and still come out ahead. And wouldn’t that look good in our annual reports?

If we really want to ensure our financial futures, we’re going to have to change, fundamentally, the way we do business, as planners, curators, interpreters and business people—as keepers of our culture and holders of the public trust. I think we owe it to ourselves to at least try.