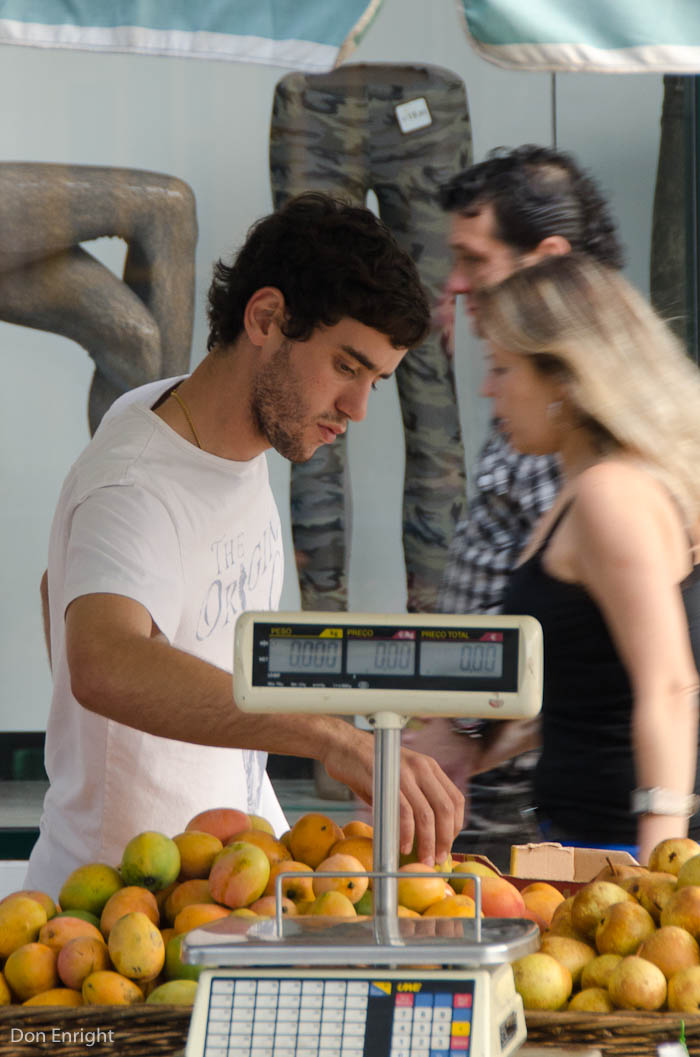 Morning in a Madeira market

First-time travellers sometimes over-plan. I know I used to; there’s a real security in knowing exactly what you’re going to do when you arrive in a new place. And there is genuine risk in spontaneity: there’s so little time when we travel, and the last thing you want to discover is that you missed something great because you hadn’t done your planning. 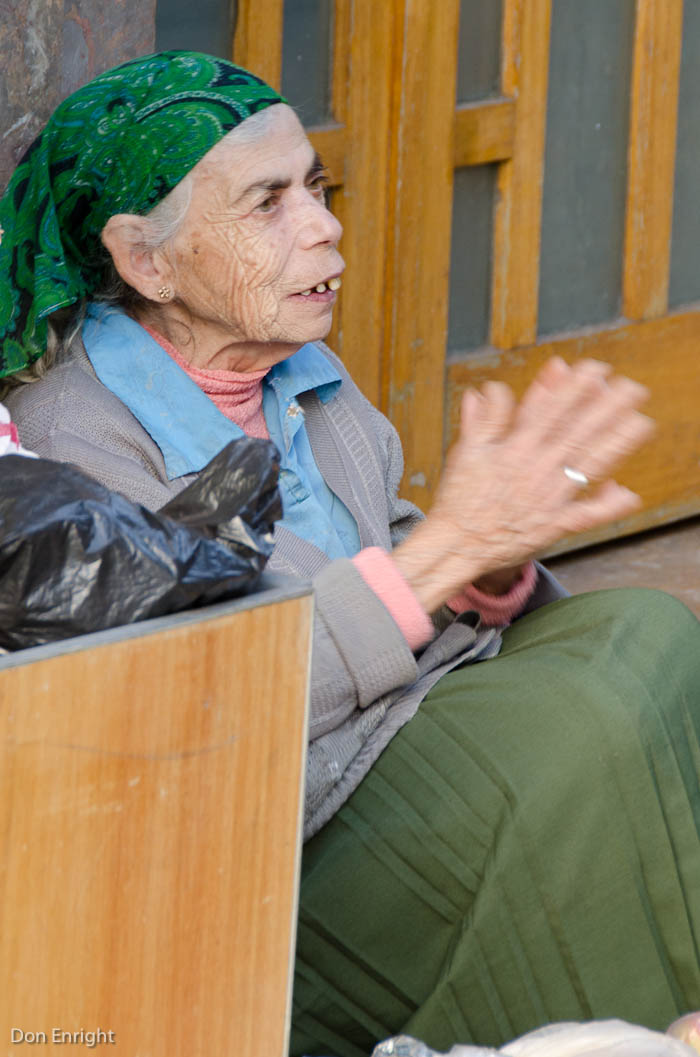 So you know you’re a seasoned traveler when you’re willing to show up in a new land and just explore. Nowadays when I arrive somewhere new, the only thing I want to do is walk. And walk and walk… I can spend hours at it, getting the lay of the land, getting a feel for the local people, the architecture, the landscape. 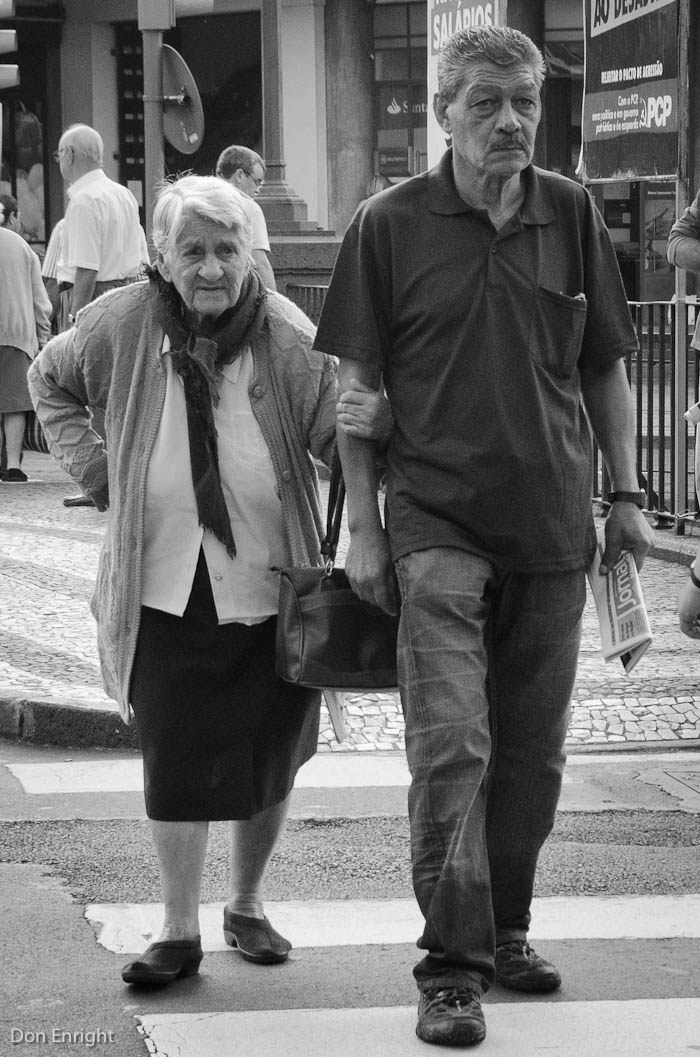 Last fall we arrived in Funchal, Madeira, early one weekday morning. The streets were just coming alive with life, and we took our cameras in hand and headed out in no particular direction. We followed the crowds and found ourselves in the bustling Mercado dos Lavradores, or Workers’ Market. 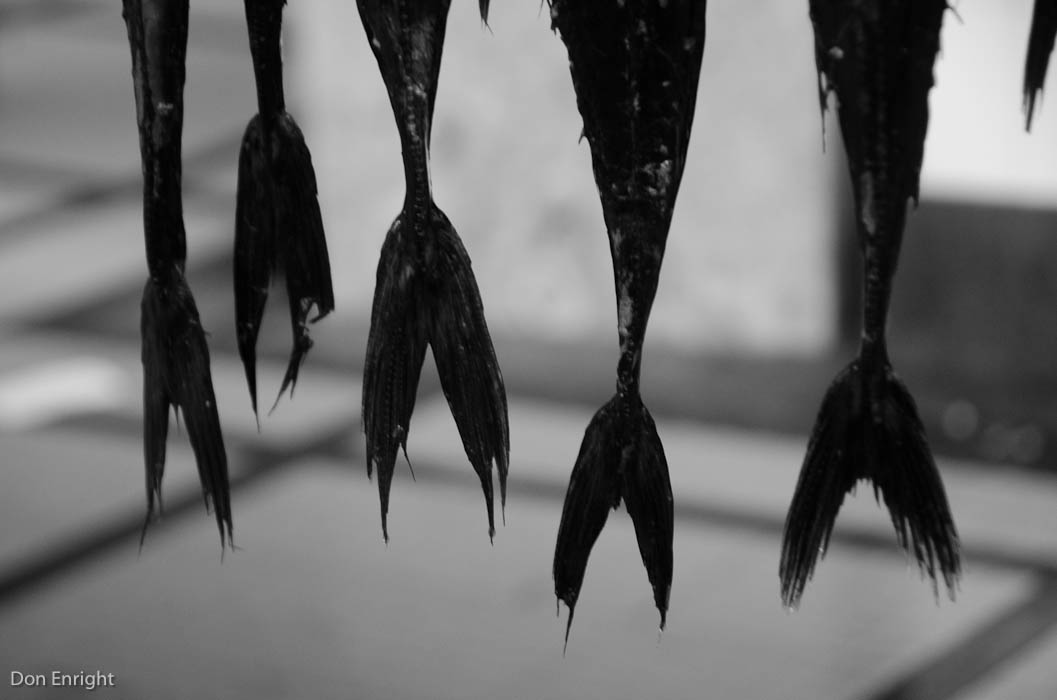 A market can tell you a lot about a culture. Here it was plain to see that we were in seafood heaven, and as one might expect in the Atlantic islands, the people enjoy a bounty of tropical fruits and exotic vegetables. The Madeirans also clearly value a good deal when they can get one, and the locals exert as much energy getting a low price for their food as the merchants exert in getting a ridiculous price selling same to the tourists. Caveat emptor: you will be offered samples of delicious fruit, and you will feel compelled to buy it. And no, a small bag of fruit should not cost you nine euros; it’s ok to say no thanks.

The pineapple banana, ladies and gentlemen

The most interesting fruit we sampled was what they call the banana-ananás, or pineapple banana. It is neither, of course. But does taste like an exceptionally sweet cross between the two, and it wasn’t until I came home and did some reading that I discovered it is the fruit of the Monstera deliciosa, a common house plant often called the split-leaf philodendron. 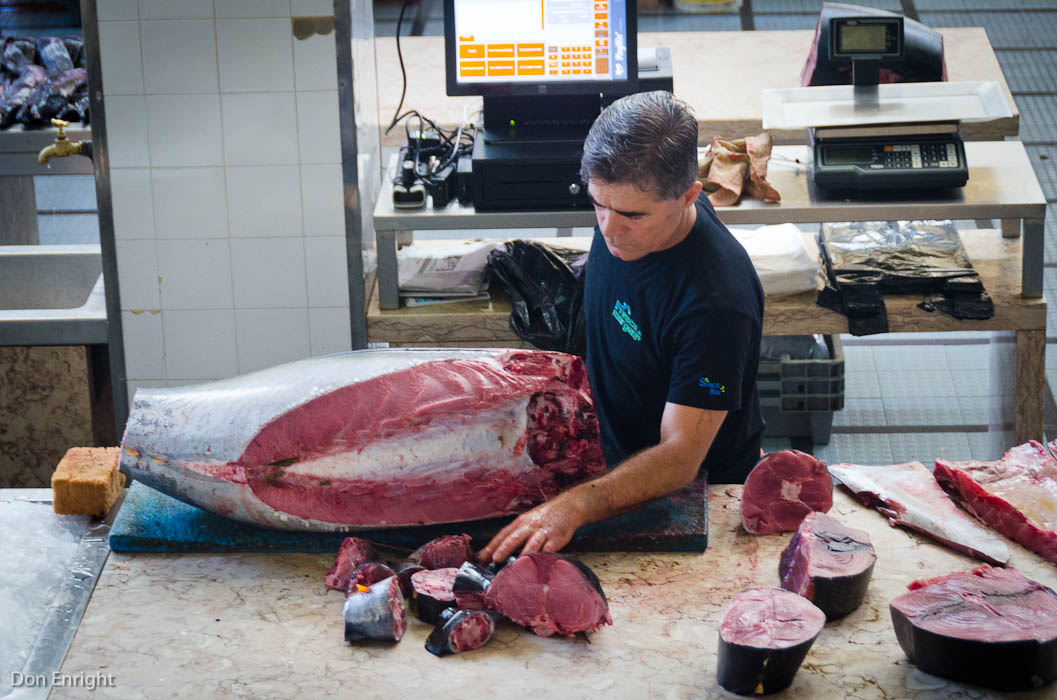 I took several minutes to watch a man butchering a tuna. And I don’t use the term loosely; the flesh looks like meat, and the steaks that he carved off it were enormous. Tuna migrate between the open waters of the Atlantic and the Mediterranean, so Madeira is a logical crossroads for them. One hears stories of single tunas commanding thousands and thousands of dollars in Japan; I wonder what this one was worth.

Everywhere the people-watching was outstanding; nobody gave us a second glance as we walked and photographed. 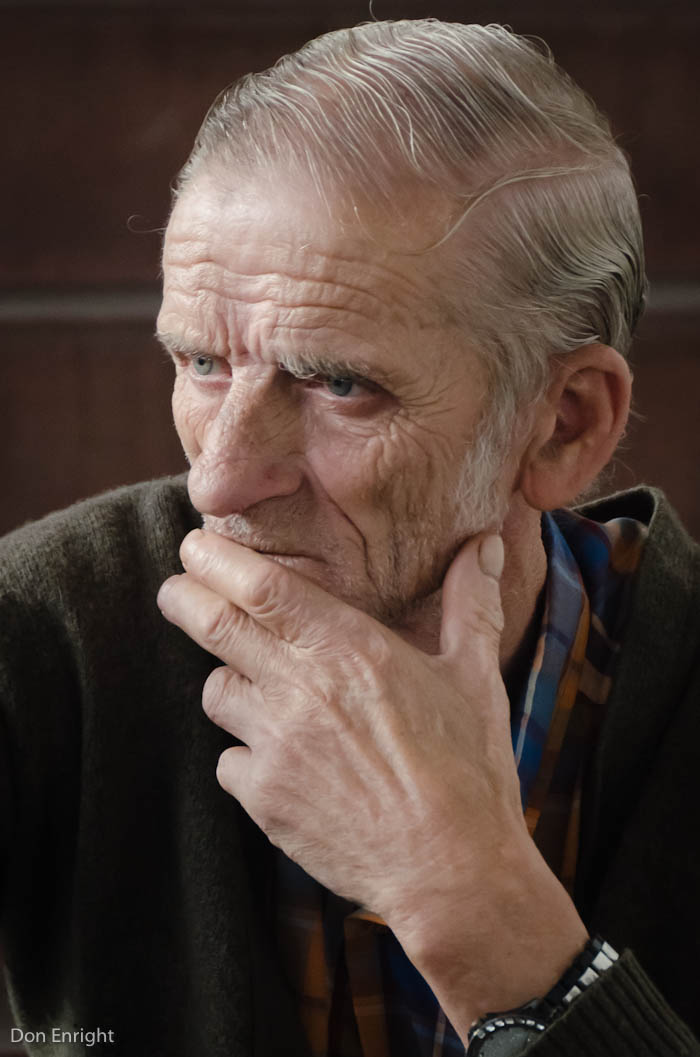 We scoured the place for Madeira’s eponymous fortified wine, but should have known better: locals wouldn’t buy wine at a fresh goods market. We had ample opportunities later. 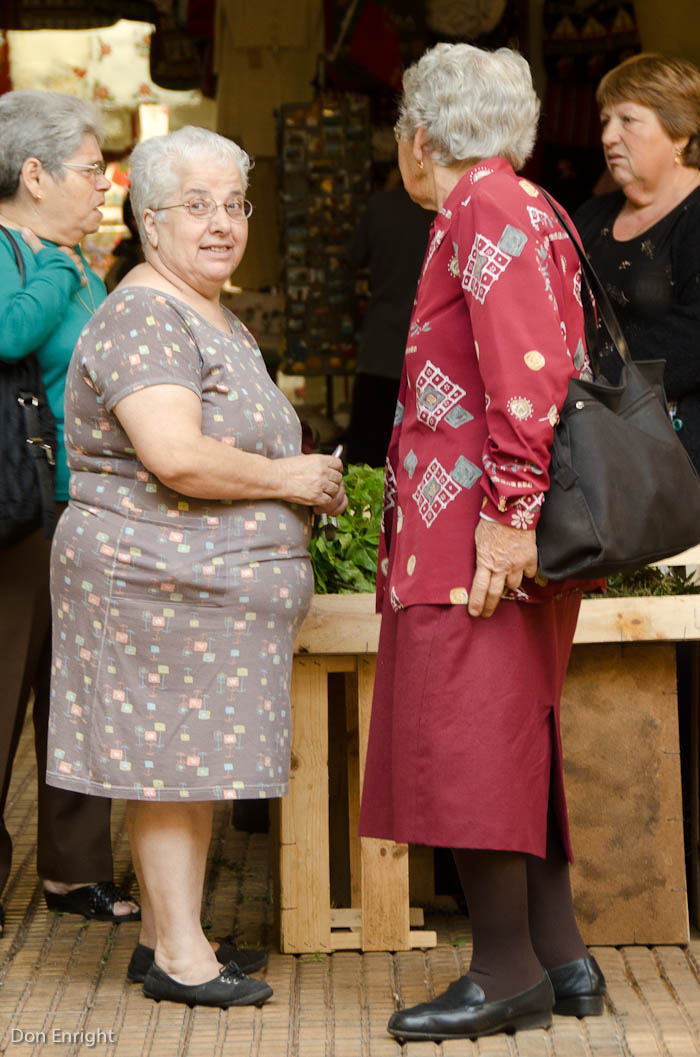 With photos taken, fruit sampled, and people-watching desires sated, we headed out into the sunny streets for our next quarry: local coffee and local pastry.

It was a good day in Madeira. 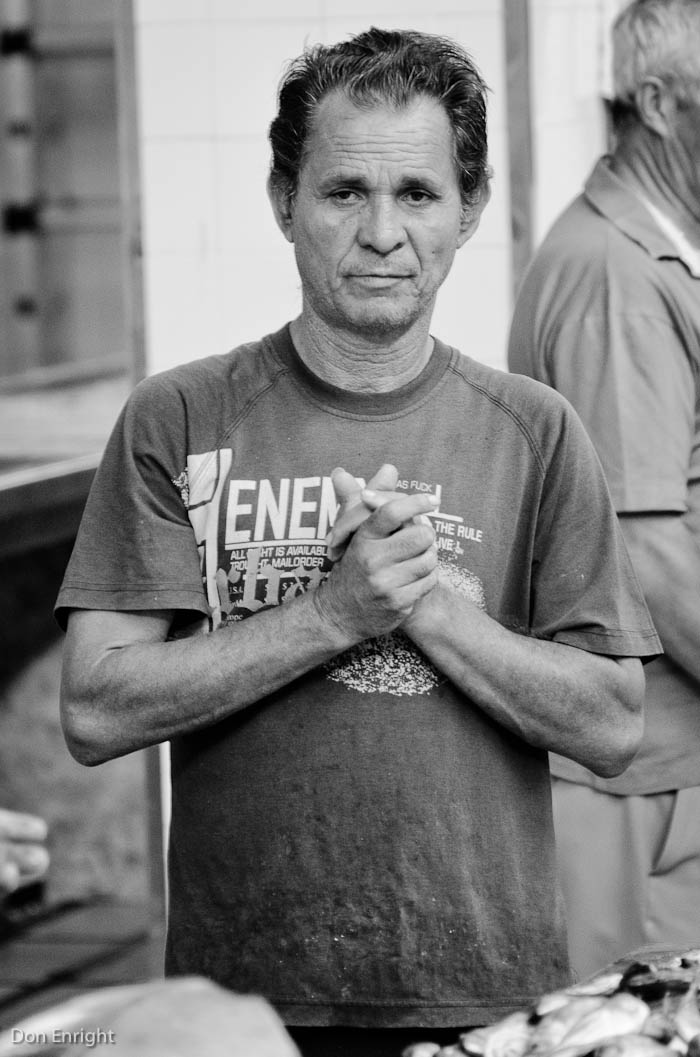 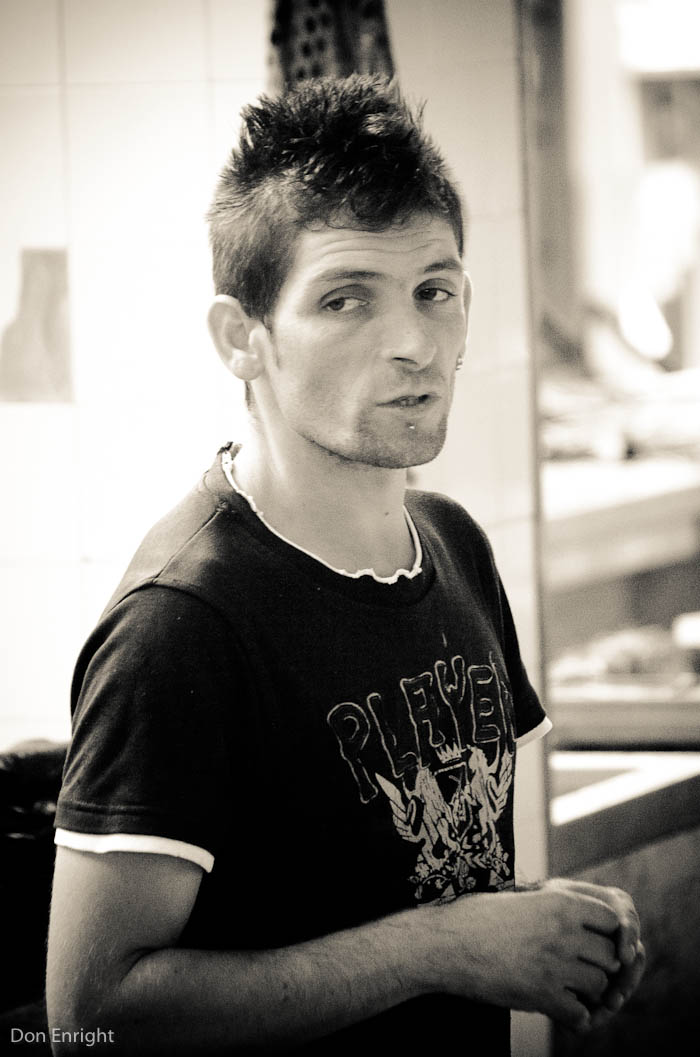 Spray and Pray: The Fear of Excluding A Market