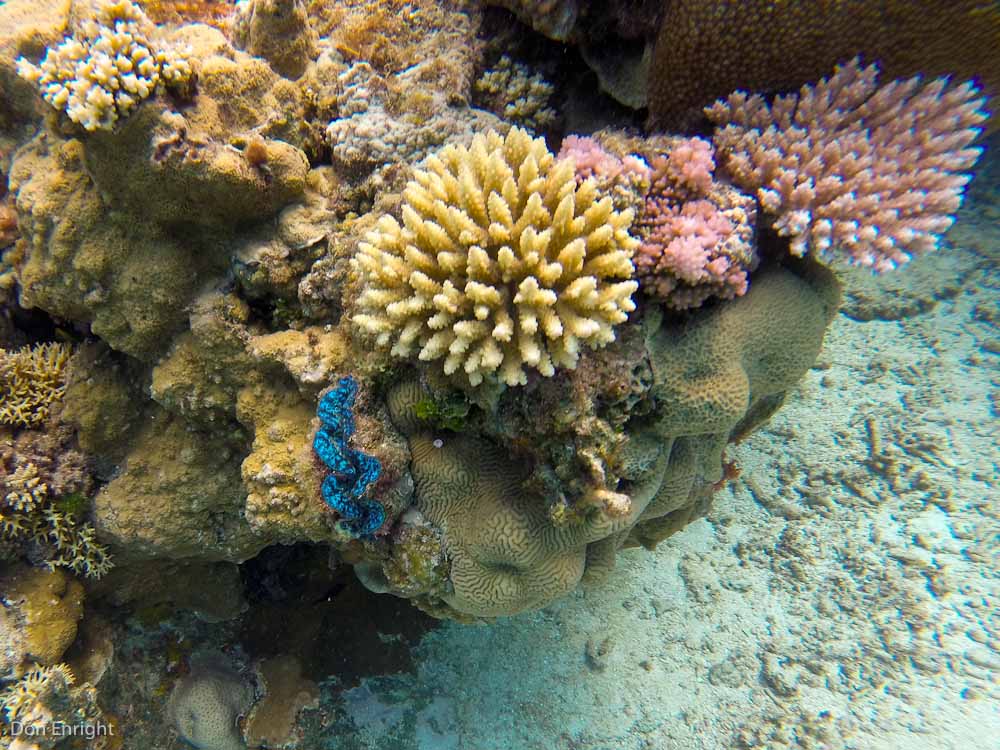 As I travel around the islands of the South Pacific, I’m becoming a bit of a coral connoisseur. At least I’d like to think I am; I still have a great deal to learn. But I became hopelessly fascinated with life on the coral reef about fifteen years ago, when I graduated from freshwater aquaria at home to mini-reef tanks. It was a big leap, and making that leap I learned two things that have stuck with me: coral reefs are incredibly cool, and coral reefs are a bitch to keep healthy. Any mistake you make with a reef aquarium becomes very costly very quickly, and now as I travel some of the most coral-rich environments on earth, I’m discovering that the same is true on a global scale. Coral reefs need care.

New Caledonia and Vanuatu are world-renowned for the quality of their coral reefs. We have had the privilege of snorkelling a number of locales and we’ve been feeling pretty spoiled by the incredible diversity of the fish (Isle of Pines) and corals (Mystery Island.)

And so we almost turned up our noses at Jinek Bay on Lifou, when the locals wanted fifteen dollars each to let us in the water. I questioned the two men who were guarding the entrance way: where was this money going? Whom did they represent? 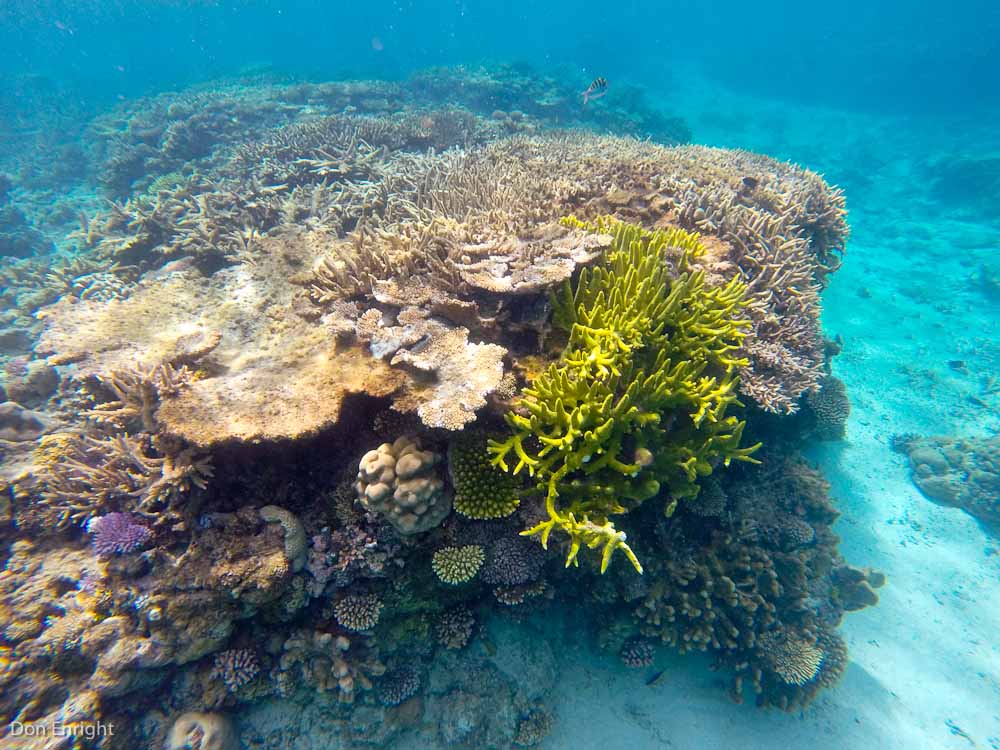 Turns out they represented their own tribal council (“tribu”), who takes the protection of their shorelines seriously. This part of the world has a long history of resource conservation, with the local chiefs having the authority to declare any coastline off-limits to fishing, snorkelling, boating, et cetera. The gentlemen explained that the funds collected here went directly to public education and reef conservation. I looked around at the interpretive signs on shore, explaining how to visit the bay with care. We gladly ponied up the cash.

Jinek Bay fairly blew our minds. We thought we had seen pristine reefs; we were sure we’d photographed the full diversity of colours that the hard corals (Acropora and others) of this part of the world had to offer. Honestly, we had never come close before exploring this bay. Every square centimetre of this shallow bay is covered in coral: yellows, greens, blues, purples (lots and lots of purples), of myriad shapes and sizes.

As a reef aquarist, I never really graduated to the Acropora corals. They need near-perfect conditions: pristine water, high circulation, and very high light. But here at Lifou, they were everywhere; the place was lousy with them. And the reef fishes took full advantage of the nooks and crannies they presented: shockingly-blue Chromis shimmered here and there, and a couple of tough-looking triggerfish peeked out of the corals before skulking away again (I think they were broom filefish; I caught them on video below.)

A real highlight in this part of the world are the anemone fish, better known as clownfish. (Well, better known as Nemo, really.) We just don’t have them closer to home; they’re strictly Indo-Pacific. So it was bliss to photograph a group of black-back clownfish as they buzzed around the reef. They’re not shy at all; clownfish are a kind of damsel, a group of small but pugnacious creatures that won’t think twice about swimming right up into your face mask if you get to close to their nests. I love them.

And I nearly swallowed my snorkel when I saw how many giant blue clams there were. Their colour is tough to capture with a camera, and tough to describe. Amazing.

The corals of the world are in a bit of trouble. Overfishing threatens the balance of fish diversity on the reefs; pollution from agricultural runoff can destroy a reef in a very short span of time. And global warming is, of course, the big threat. I remember one day when my aquarium heater went on the fritz at home; I had literally minutes to fix the problem before the corals would expel their symbiotic algae and bleach out. (Corals host algae that make food for them, and also give them some of their spectacular colours. Bleaching stresses them out and will eventually starve the corals. It just isn’t good.)

With a nod of gratitude to the Kanak people of New Caledonia, here is a bit of video showing you what we saw there. I hope you get to see it one day.

The Parrotfish of Mystery Island

TikTok, Decolonization, and You

The Boundless Beauty of Bora Bora