As an interpretive writer doing a lot of cultural interpretation lately, I find I am writing a lot about language. Indigenous languages, to be specific. I am working with Indigenous clients and partners to help communicate how language is fundamental to understanding culture, landscape, and life… and how so many Indigenous languages around the world are slipping away due to colonialism and its endless, persistent influence.

One of the choices I have had to make as a writer is how to refer to those languages, and in doing that work I have discovered some colonial biases within myself. Specifically, I have struggled with how to distinguish dialect from language.

The myth of the accent – dialect – language continuum

So here’s the bias I brought. Broadly, I always assumed that there was a kind of continuum from accent to dialect to language. If we pronounced things differently in a region, that’s accent. If new and distinct words start creeping in, that’s dialect. When we get to a point where these dialects are no longer mutually intelligible, boom. You’ve got yourself a language. Simple, right? Except it isn’t.

First, there are very few accents without vocabulary to go along with them. Even in my own utterly beige western Canadian accent, I use words that someone down East wouldn’t ever employ (I say this as I type on my skookum computer having almost fallen in the chuck yesterday.) Is British Columbia English a dialect?

And we always refer to the Newfoundland “accent” although dear god if there was ever a case for calling something a dialect it is that one. Newfoundland English contains such distinctive (and beautiful) vocabulary that I sometimes struggle to understand it. So does that make it its own language?

And what does all this have to do with interpretive writing?

Well, when my clients say they speak Algonquin, and I discover that Algonquin and Ojibway are largely mutually intelligible, I am inclined to impose my bias and write that they are both dialects of the Anishnaabe language. Except my clients tell me that’s not how they would put it.

When I work with Métis people and they talk about Michif language, my pretentious academic self might want to mansplain to them it’s actually a creole or mixed language, not a full language. (Pro tip: when you work with Métis, don’t say that.)

What makes a language a fully-fledged language? And what is simply a dialect of greater language? Turns out there’s really no concrete distinction. The whole mutual intelligibility test goes right out the window when you look at, for example, Scandinavian. Danish and Swedish speakers can understand each other fairly well if they speak slowly. Likewise the Slavic languages: Ukrainian and Russian speakers can understand each other up to 50 percent of the time. Yet we refer to all of these as languages.

Nothing firmly distinguishes language from dialect.

There is absolutely no consensus among linguists and etymologists about where dialect ends and language begins. So we need to be very conscious about positioning Indigenous languages differently than European ones.

Language is political. The way we write about language matters—particularly languages that have been suppressed through colonialism. So when your clients or your partners tell you that their way of speaking is a language, honour it. Believe them. You have no business, and no authority, saying otherwise.

Honour what the language holders tell you.

Michif is absolutely a language. Northern Michif and French Michif are languages—if the holders of those languages say they are. And honouring them as languages takes nothing away from linguistic scholarship. It still allows us to work with Métis people to interpret the rich and historic relationships among these different ways of speaking (Michif is absolutely fascinating, by the way.)

Scots is a language (and I’m not talking about Gaelic.) Algonquin is a language—perhaps several. Until the linguistic community can come up with reasonable, objective, and universally applicable distinctions between language and dialect, we should apply the term as holders of the languages tell us to.

We need to be conscious of how colonizers have erased language for centuries. You don’t have to flip through too many historic texts to find very early accounts of British authorities seeking the extinction of Irish or Welsh languages. As the British and other European colonial powers spread around the globe, they extended the same approach to Indigenous people everywhere. The atrocities of the residential school period are a direct result; linguistic extinction was a primary goal. 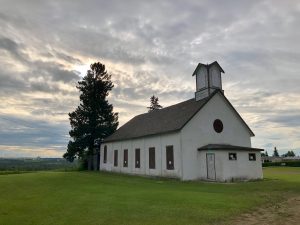 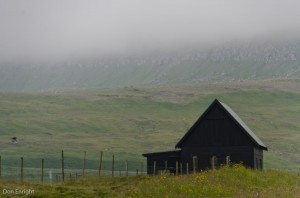 Welcome to Tórshavn and The Faroe Islands