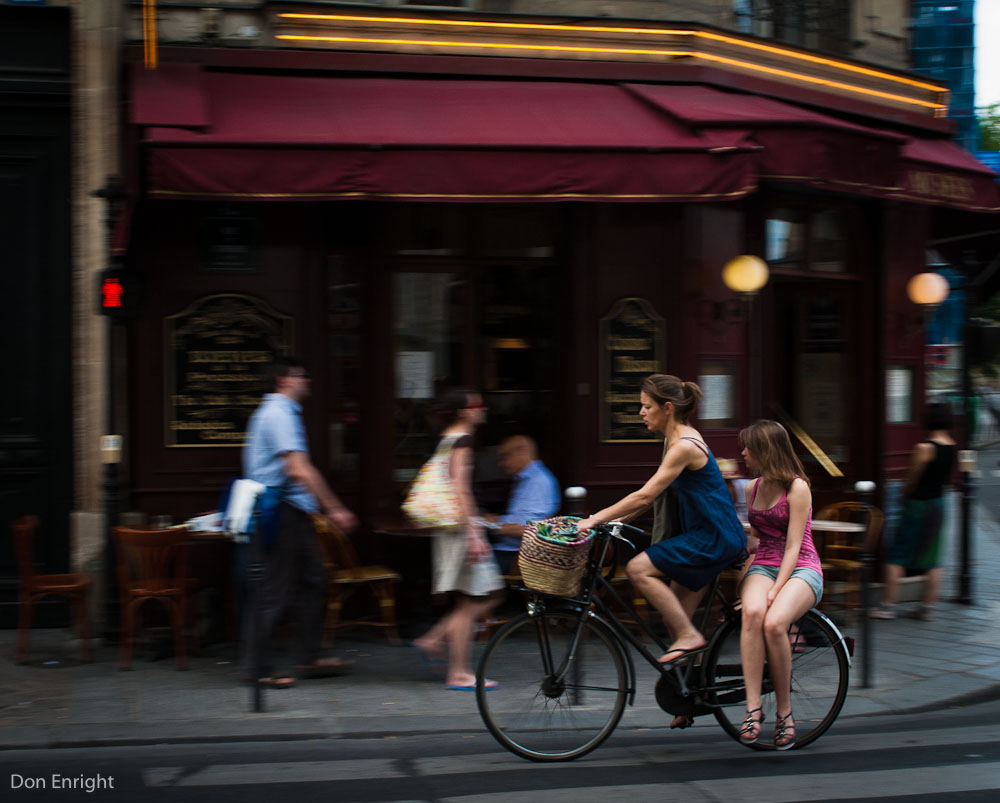 Paris is the global capital of live and let live. 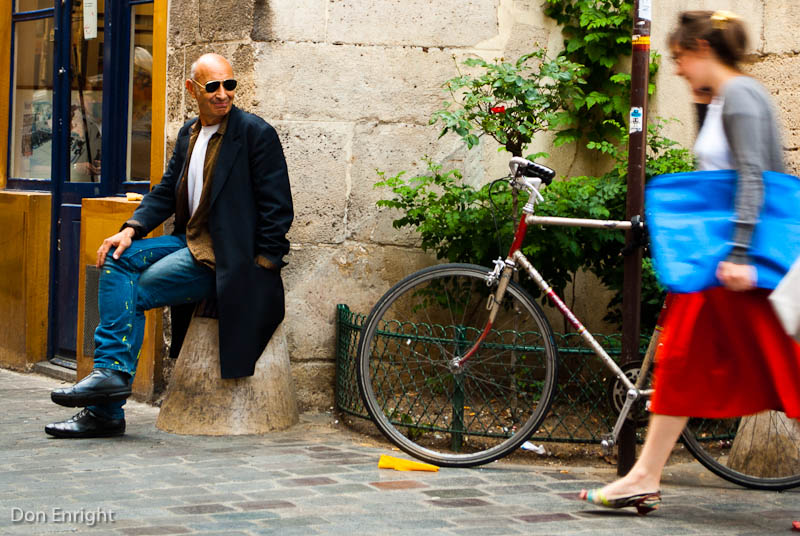 It’s not easy being a street photographer. You’re eternally caught in a dilemma: do I ask permission to shoot, and end up with someone posing stiffly and awkwardly for me? Or do I just shoot and risk their wrath? This torments me. I have the right to shoot in public—the law is on my side. The artist in me goes so far as to say I have the responsibility to photograph, in fact. But you only need to get yelled at once or twice before you start to lose your nerve. (And yes, I do delete the images on request.) 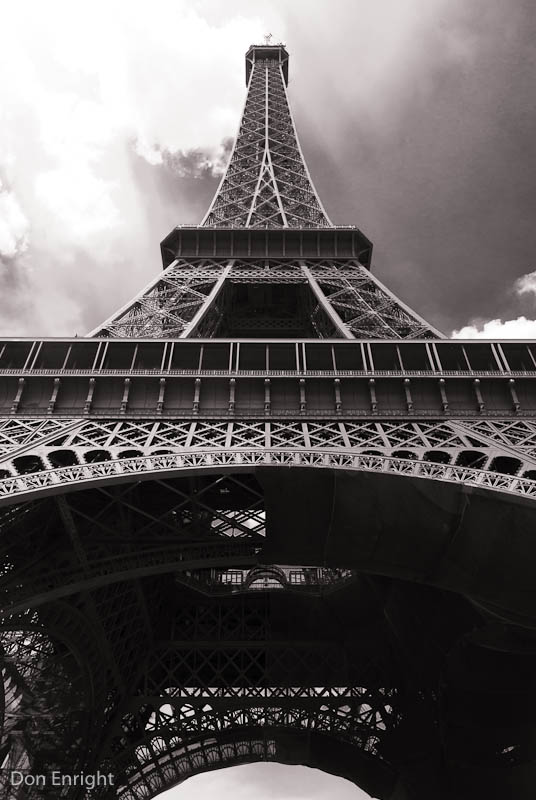 So you learn to get really good at shooting on the sly, which is my secret. 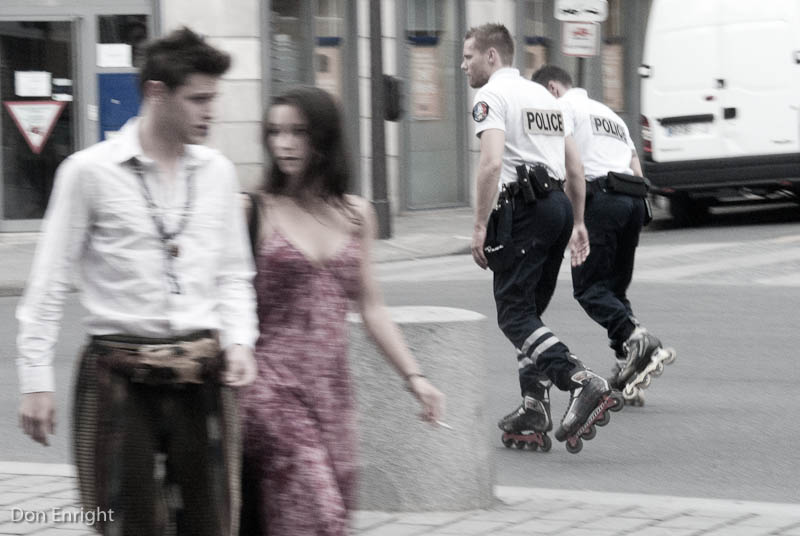 Imagine, then, how utterly liberating it is to find the one place on earth where people couldn’t care less whom or how you photograph: beautiful Paris. It’s the global capital of live and let live; the Parisians really don’t give a damn. Ils s’en foutent pas mal, to paraphrase the immortal Miss Piaf. In fact, public voyeurism appears to be as ingrained in their culture as impeccable clothing sense. In Paris, it’s permitted to stare. Anytime, anywhere. So allez-y. 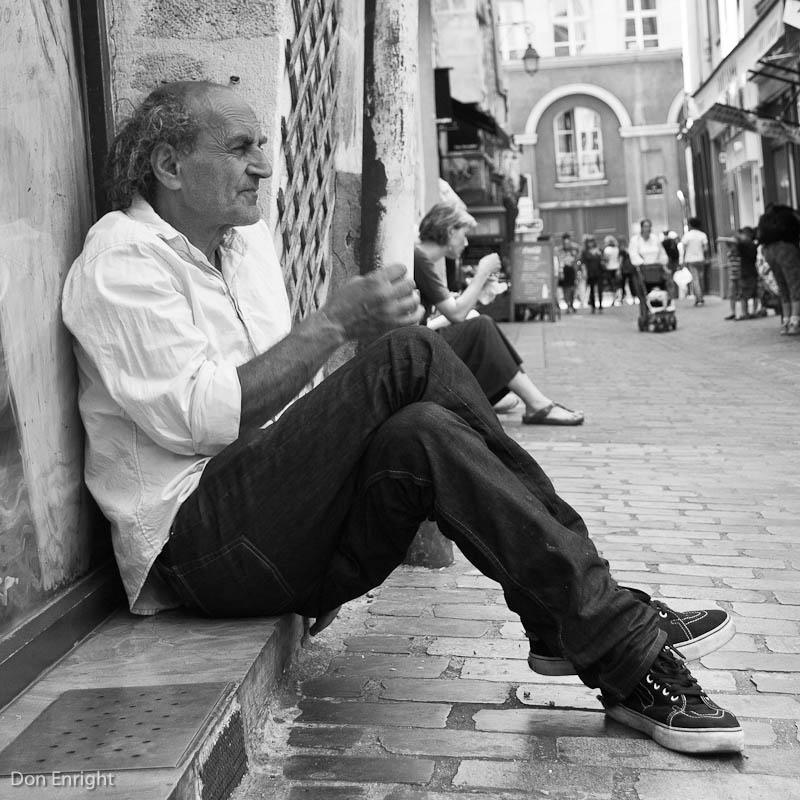 It’ll really make you squirm, actually, when you first notice it. Sitting on the metro, say, and realizing that someone is sizing you up. They’re not cruising you; they’re simply checking you out. What you do surreptitiously, they do openly. They’re figuring out who you are. And yes, they’re judging you, just a little bit. Your haircut, your jacket, your shoes. The French will really judge your shoes. When I was a student in Paris, many years ago, I sacrificed a week’s groceries just to get myself a decent pair of Oxfords and a Loden coat. “Jugez-moi now, bitches,” I remember thinking as I strode up the boulevard Raspail to class. 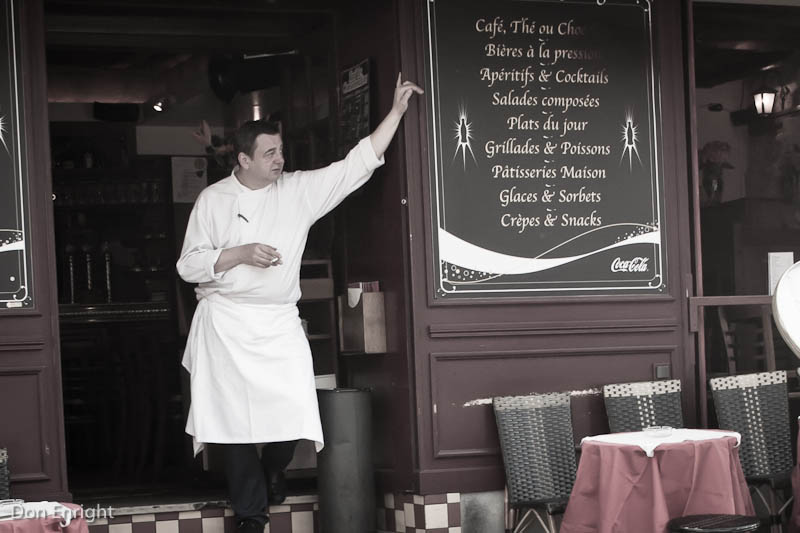 So stare back. Photograph. Judge and be judged. And as you stare and photograph, you’ll discover what tremendous breadth of humanity exists in this fabulous international city. With every photograph, with every unabashed glance, your preconceptions of what it means to be Parisian start to fall away. (Well, some of your preconceptions. Others will be delightfully and deliciously affirmed.) 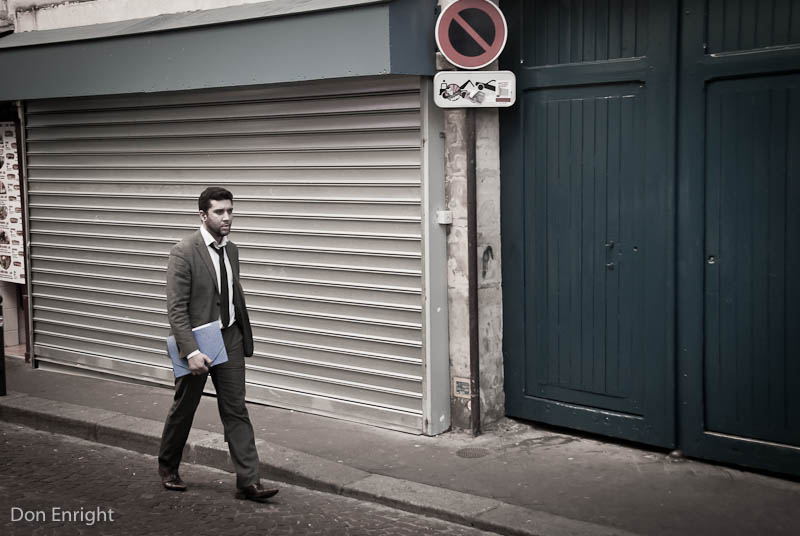 Start in the Marais, if you really want to get your feet wet. Years ago, when I was a student here, this was the old Jewish quarter. It still is, except the gays moved in. And then the hipsters. It sounds like a recipe for a sit-com, but this mad bustling melting pot of a neighbourhood is one of the most visually vibrant places you’ll ever visit. 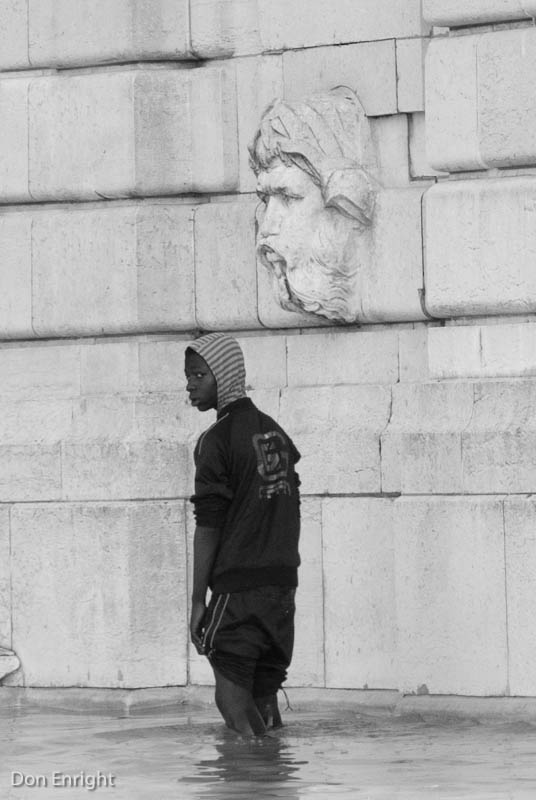 We arrived in the Marais a couple of summers ago just as it was coming to life for the evening. I had never experienced Paris in the summer; I had a fond recollection of the city in winter as a quiet, dark, drizzly student town. I wasn’t prepared for this: there was music on every corner. Literally. We had stumbled on one of the city’s summer festivals, and the Marais was pulsating with music, dance, wine, laughter, life. It was a bit overwhelming, actually. 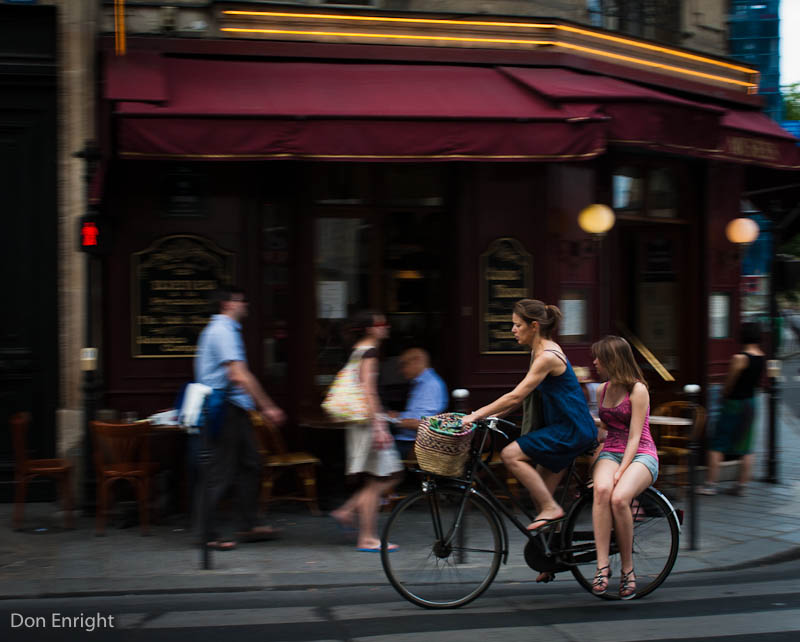 We had many museums to visit and cathedrals to see that week. But in the end we did almost nothing but street photography. There is more visual fascination per square kilometre here than anywhere I have walked. 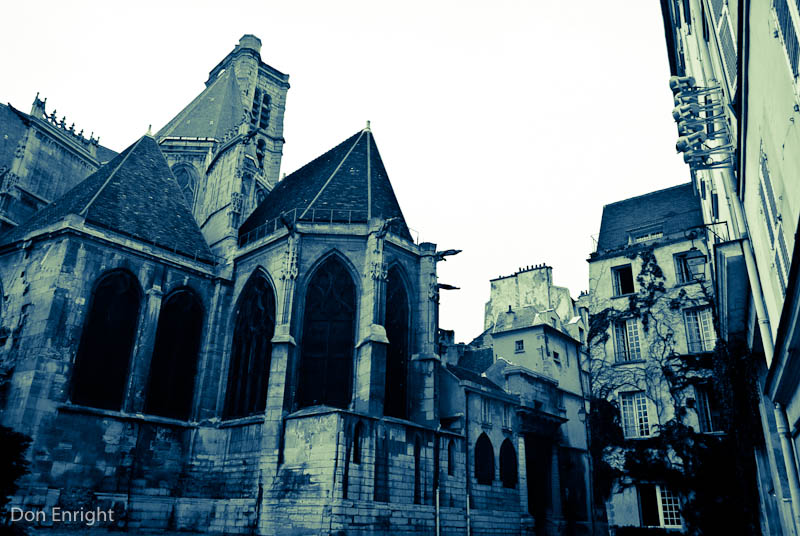 I hope you enjoy this taste of Parisian street life. 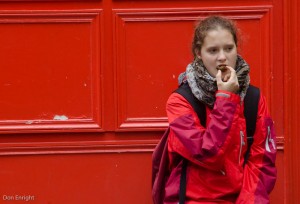