A walk down Broadway, Skagway’s main street, is a bit like visiting Universal Studios. Carefully crafted wooden sidewalks are lined with a-little-too-rustic frontier-style wooden store fronts and “saloons”. Most of them seem to be purveying either jewelry or glow-in-the-dark t-shirts, although you can pick up a pretty sweet ulu knife at more than one shop. I don’t mean to sound cynical—it is a beautiful town, nestled at the end of a long, long fjord and at the foot of spectacular snow-capped mountains. And I certainly don’t begrudge merchants making a living. It’s just hard to escape the feeling that if the cruise ships weren’t here, Skagway wouldn’t be here any longer, either.

But Skagway’s importance in the history of the region, and the history of the gold rush in particular, is decidedly real. In 1896, prospectors struck it rich in the Klondike, and by 1897, thousands of adventurers were pouring into the ramshackle tent-city that would become Skagway, to try to make their way over White Pass and down toward the Yukon River on the other side. In almost no time, this sleepy little spot transformed into a bustling, relatively lawless city of stampeders and those who chose to do business (of all kinds) with them. It must have been an amazing time.

For today’s visit to historic Skagway, we left the ship as soon as the gangway went down, determined to leave Broadway alone and see what could be discovered away from the twee facade. Turns out there’s quite a lot to see here. I had a tip from one of the ship’s audiovisual crew that there was a beautiful hike near town to a place called Lower Dewey Lake. I found what looked like the trail on my GPS map, based on his description, and off we went.

A very steep kilometre or two later and there we were: green, green waters, gentle mist falling, and near-perfect stillness broken only by the harsh calling of Steller’s jays. There was not a soul to be seen. We set out around the lake and found the trail to be excellent. Well, mostly excellent, except for a fairly sketchy section where huge wet rocks could do you a bit of damage if you slipped.

It is mushroom season here in Alaska, and they were surprisingly abundant. Everywhere you turned, a new type sprung from the ground. I used to know my mushrooms pretty well, back in the day. I even taught an evening course on them for the City of Calgary, but the intervening years have evaporated most of their names from my memory. No matter, they’re still just as beautiful.

Lower Dewey Lake, like so many things in Skagway, has its own stories to tell. When the gold-rush town was taking shape, it prided itself on having the North’s best amenities, and hydroelectric power was a big part of that. What looks like a perfectly natural lake is actually an old dam, and along the trail you can read interpretive signs about the early days of power generation and recreation along its shores.

The forests around Skagway are a bit different than in the other towns; it’s clear we’re further north and further inland. Everything had a bit more of a boreal feel, and we were delighted to see high bush cranberries, red and ripe, all around us. I also found irises growing around the lake, and I’m almost sure they were the Arctic species (I. setosa).

We walked and photographed until we had made our way all around the lake, and then made our steep way down again. It was still not 11:00 am. What to do with the rest of a free day in Skagway? Go north, young man. The Klondike beckons.

The White Pass Railway experience is overcrowded, overpriced ($120) and overpackaged… and still completely essential if you want to really feel the importance of this place to both Canadian and American history. We shelled out for the tickets, ate a quick lunch back at the ship, then headed over to the train station. We hopped aboard with about a thousand of our closest friends and off we went, in the path of the ‘98ers.

What a trip. Our itinerary took us to the summit and back, about 30 km each way, and it is absolutely breathtaking—and occasionally terrifying. The very narrow gauge of the railway has you pitching and rocking all the way up, and some of the trestles have you looking down across dizzying rocky depths.

Along the way, the narrator tells you about the gold rush in general, and the sites of particular interest along the historic trail. In those days, if you came north by sea, you either hiked up the hellish route known as the Chilkoot Trail, or the longer but slightly-less-hellish route here at White Pass. You needed a full year’s worth of supplies with you or the Mounties on the Canadian side of the summit wouldn’t let you pass.

The cost of it all was staggering. Thousands of horses perished along the way, not to mention the stampeders themselves, who were naive young men with nothing in their experience to prepare them for this kind of hardship.

When I visit sites like this—places where pioneers and entrepreneurs risked absolutely everything, putting themselves in tremendous physical danger for a chance at a better life, I am dumbstruck at their courage. To be perfectly honest, I often wonder just how much their lives must have well and truly sucked at home in order to propel them toward such folly. I suppose they were poor, mostly uneducated, with no real prospects at home during tough economic times. And it’s easy to point out in retrospect how foolhardy they were; at the time, they were undoubtedly making these decisions based on precious little information. Wild rumours of rivers filled with gold for the taking would be fairly hard to resist, I would think.

Regardless, I found the whole trip quite moving. The climax for me was at the summit where you can look down from the train and see the actual footpath from 1898, still worn into the scree. It is frighteningly narrow.

Three hours later, we were safely back in town among the crowds. It was raining by now, and we wandered back to the luxury of the ship, still haunted by images of the men and women of the Klondike gold rush, and the legacy they left behind here in Skagway. 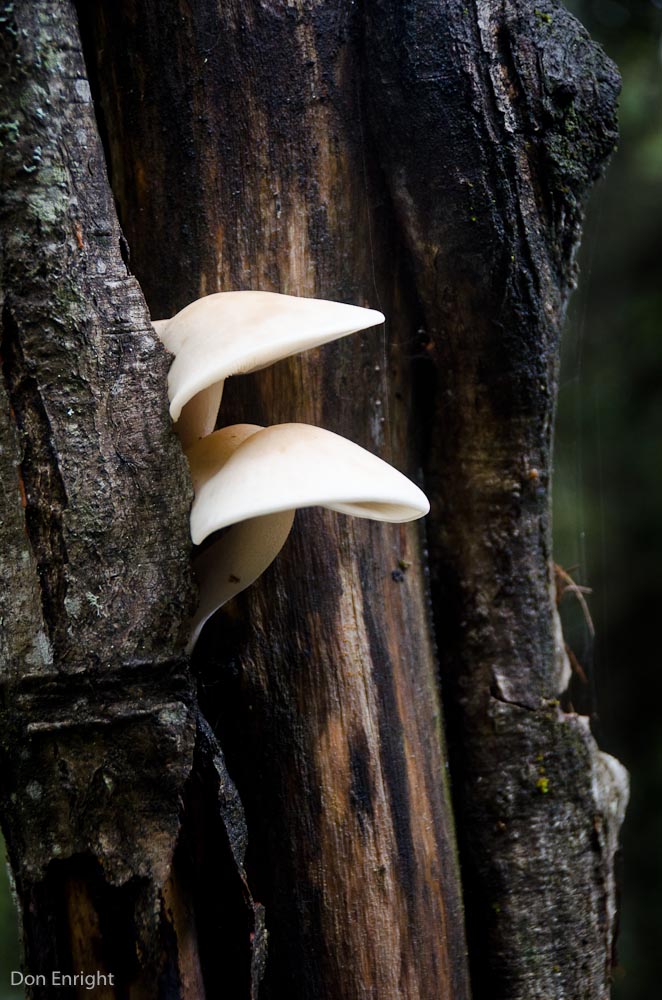 These Pants by Bluffworks Kick Ass.