Flåm, the village at the head of the fjords

The view from the top.

Imagine living in a town of 500, and getting over 500,000 visitors on your doorstep every year. That’s life in the Norwegian fjords, and we got our first sampling of that strange dynamic in the pastoral village of Flåm (rhymes with Tom) in the Sognefjord region of western Norway. 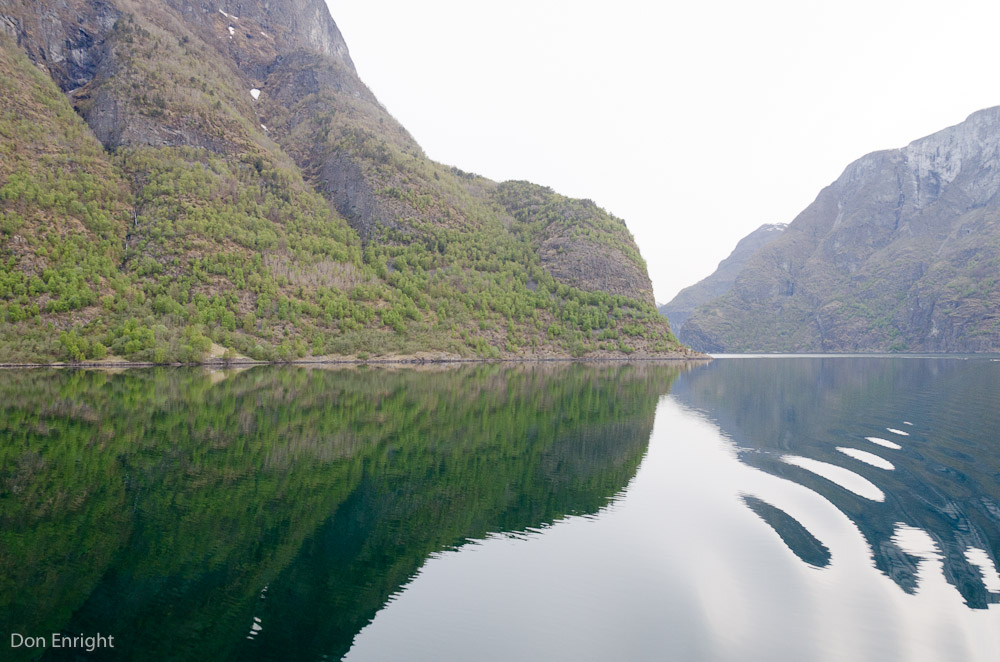 Flåm lies at the head of Aurlandsfjord, a classic steep and narrow Norwegian fjord that feeds into the greater Sognefjord, the world’s second-longest. The journey there by sea is unforgettable. Looking up at the steep cliffs, one can only imagine the mass and power of the tremendous glaciers that carved out these valleys over 10,000 years ago. It really is a spectacular place. 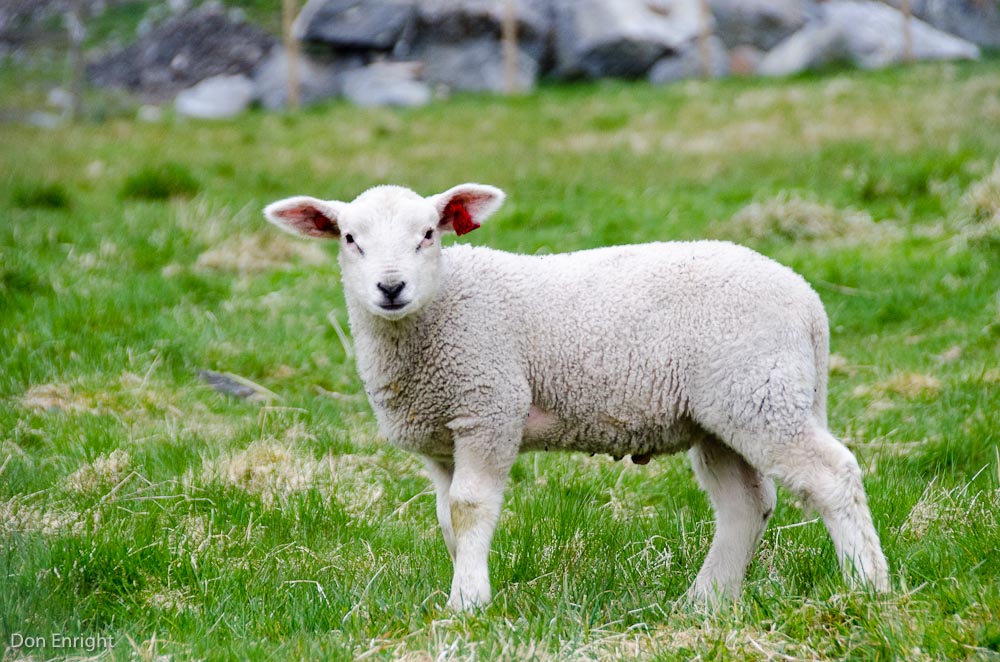 Arriving in Flåm, one feels a bit sheepish about getting off the cruise ship. It’s the most tranquil little place, impeccably groomed, with symmetrical streets laid out so very neatly (it’s amazing what happens when you let Lutherans do your urban planning.) But it’s clear that tourists are welcome: there are hotels, an information bureau, a railway museum, an the railway itself which has become a star attraction with its excursions into the beautiful mountains of western Norway. 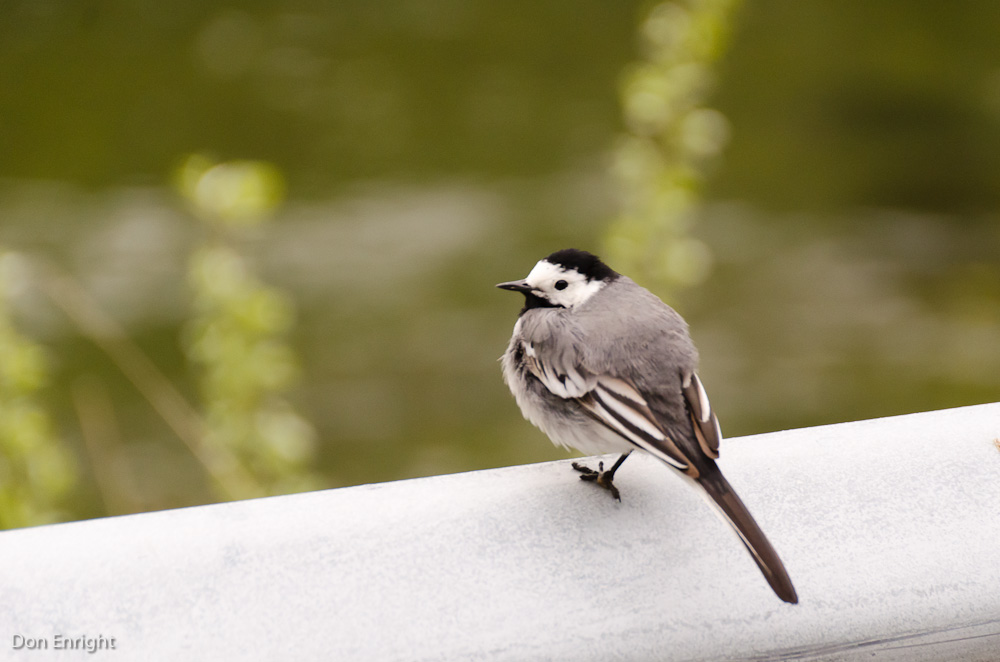 We had picked out a walk into the hills that we thought might get us away from the crowds. But we needn’t have worried—we left the ship at 7 am, while most everyone else was still asleep. Out of the village and into the pasturelands we walked, past green fields and hillsides covered in alder and birch. It’s lambing season, and we were serenaded by the bleating of adorable lambs and kids as we walked. The birds were in full song, too. It takes time to reacquaint yourself with European songbirds after you’ve been away, but they were quite patient with us. Wagtails, fieldfares, chiffchaffs and willow warblers called around us as we walked. 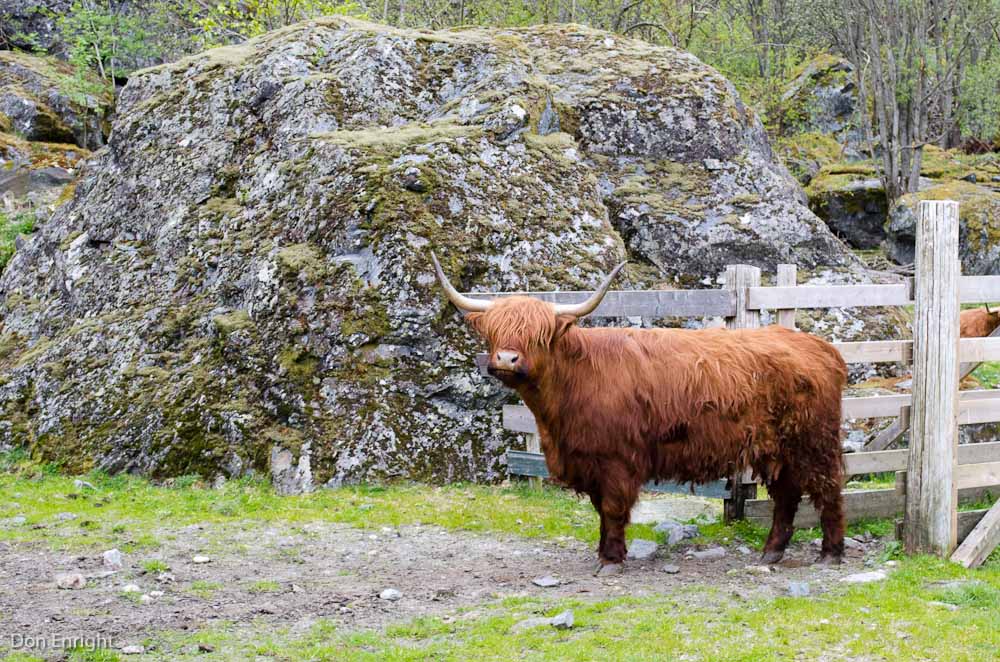 How do they see?

We found the turnoff that would take us off the roadway and upward toward the brekkefossen or waterfall that was our destination. The trail seemed to take us onto private land, but here in Scandinavia there’s a longstanding tradition, now enshrined in law, called Allemansrätt (literally “every man’s right”) that allows you to walk on private property as long as you treat it respectfully. (Can you imagine how that would go over in North America? Not so well, I’m thinking.) 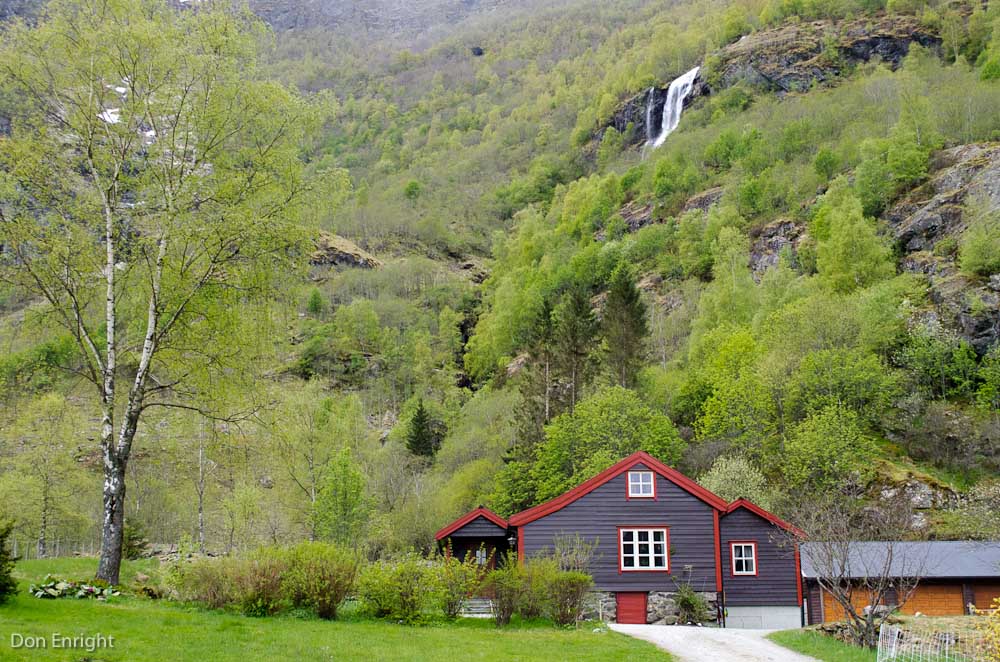 So green, so pastoral

Presently we were trekking upward, through steep, rocky terrain past wildflowers and bracken ferns. The trail wasn’t long, but it did allow us to get well up into the high country for a spectacular view back toward the village and into the fjord beyond it. 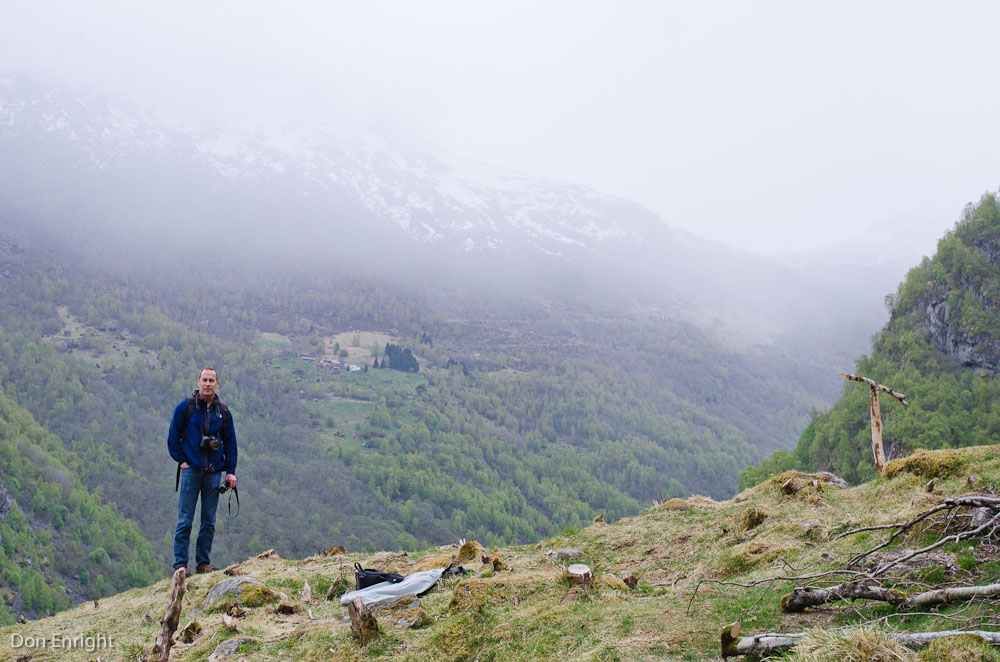 The waterfall was stunning, and we were the only ones there. It was hard to believe that there were about 3000 people now stirring on the ship, waiting to flood Flåm. We headed back on board for coffee as they began to file off, ready for adventures of their own. 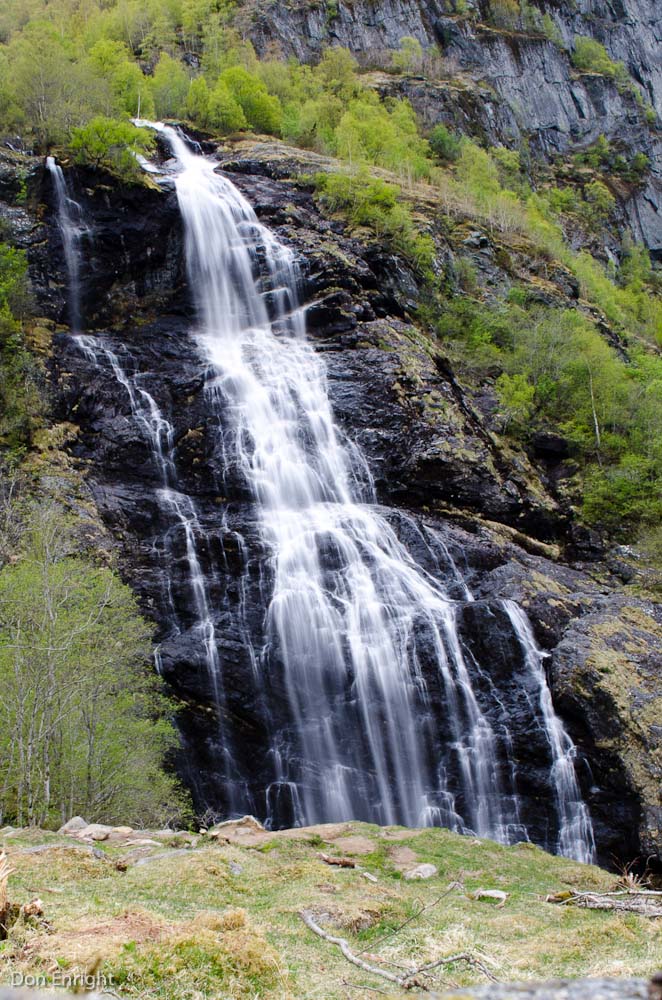 Posted in Ports of Call, Scandinavia/Russia and tagged Flam, Norway.