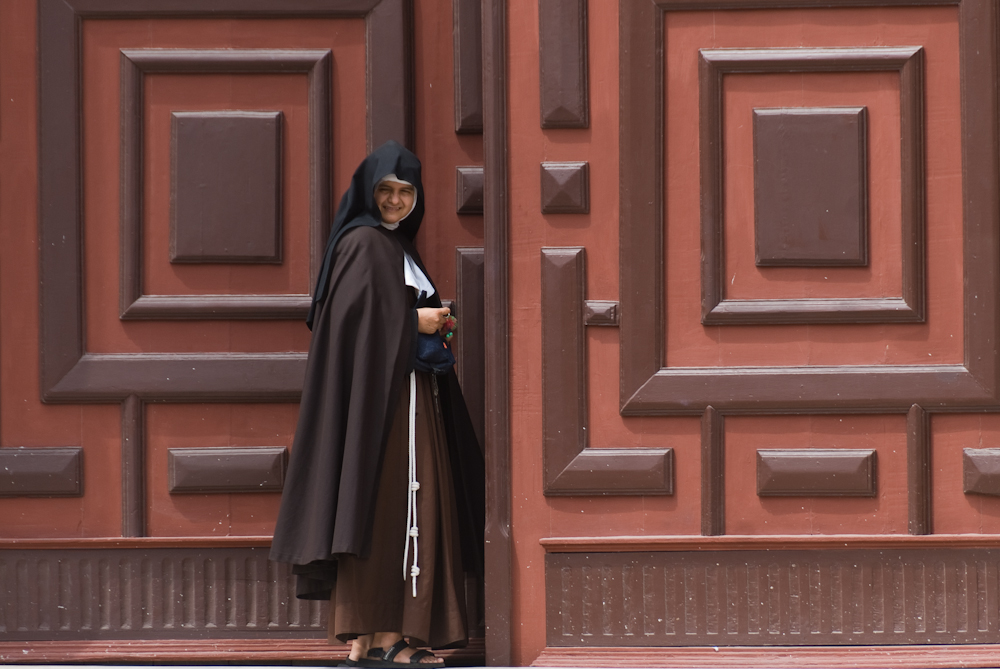 Imagine Sir Frances Drake and his cannons bearing down on you, his sights set on the fabulous treasures hidden within the storied walls of Old Cartagena.

Old Cartagena is a time capsule. Walk through its massive weathered gates and suddenly you’re a Jesuit missionary, an English pirate, a Spanish nobleman’s wife, a colonial tradesman. A visit here is a journey into the 17th century, when the Spanish traded mercilessly in both gold and souls, and the English and French conspired to take them away.

In those days, this was one of the Big Three ports—with Havana and San Juan—and its plundered treasures, destined for Spain, were protected within the formidable walls, battlements and citadels that remain today.

Old Cartagena’s narrow cobblestone streets entice you through a maze of churches, plazas, statues and homes. It’s a total-immersion course in colonial Spanish architecture. Leave the historic churches and bastions for a moment; just take in the houses. Cartageneros take pride in their dwellings. Crane your neck and notice the balconies fashioned of shining tropical hardwood. Palms and bougainvilleas cascade outward, contrasted against the rich indigos and ochres of the two-story walls. Early in the day you’ll find the quiet lanes filled with local families, strolling in the soft morning light. Plazas are filled with a relaxed blend of locals and visitors, and outdoor cafes make for an oddly European style of people watching.

For those traveling by cruise ship (perhaps on a Panama Canal or Southern Caribbean itinerary), this may be your only taste of South America. Is it representative? Well, not really. Cartagena is Colombia’s Caribbean face, and its historical showpiece. This is a UNESCO world heritage site, designated as one of the New World’s best examples of 16th to 18th century military architecture.

Cartagena is older, more compact, more secure, more Afro-Caribbean, and a fair bit cleaner than much of the rest of Colombia. But it’s hard to describe a “typical” Colombia- would it include the headwaters of the Amazon? The rarified air of the high-elevation capital Bogotá? The tropical hillsides of Medellín? Leave those destinations—and the richness of Colombia’s regions—for a future trip. Cartagena’s treasures are ample enough.

The people here speak Spanish, of course, and you’ll discover they generally keep to themselves. Which is not to say that they are aloof; they value their visitors and they want you to have a good time. But outside the tourism industry, almost nobody speaks English and if you want to chat, you’ll need to dig back into your high-school Spanish.

Here’s one word you should know: ojo (OH-ho). It just means “eye”. But when a local approaches you with one finger pointed to his or her own eye, saying “ojo”, it means be careful—keep an eye out. You’re in a dodgy neighbourhood, and they’re telling you to watch your camera, your wallet, yourself. The appropriate response is “Gracias.”

Not that Cartagena is unsafe. But the South American ports do require a bit more vigilance than other cruise destinations. If you’re with a guide on an excursion, simply heed their safety advice and you’ll be fine. If you’re on your own, I suggest you find yourself a friend, or perhaps another couple, and team up for the day. I have walked alone through Cartagena and had a wonderful time, but a colleague of mine did likewise recently and found himself harassed endlessly by an individual wanting money—I mean for hours. This was outside the walled city—inside, you’ll find a police officer on every other street corner.

So grab a friend and make your way out of the cruise terminal. It’s located within a giant industrial port, a fair haul away from the tourist spots, but you will find some excellent services there. There’s a completely secured green space within the terminal where you can buy a cold beer and relax among the palm trees and Caribbean sea breezes, and there’s a large air-conditioned souvenir store; some of the textiles are quite beautiful. You’ll also see a menagerie of parrots, toucans and tropical birds managed by local staff.

Leaving the terminal, you will be approached by taxi drivers. Expect to negotiate your fee- there are no meters as far as I know- and count on paying on the low side of what you’d pay at home. The old walled city is about 15 or 20 minutes away by taxi. If the old city is your destination—and I think it should be—then simply arrange one-way fare. You may choose to arrange pick-up by the same driver later in the day- we often do this without difficulty. I suggest you get their cell phone number in case you need to change plans.

Another option, if you want to tour around the region a bit, is to negotiate a few hours of the driver’s time. He or she can take you to a variety of destinations, take you shopping, to restaurants, et cetera, and will happily wait for you. How much to pay? It depends on how busy they are and how many ships are in town. Cruise ship crew members, who can negotiate in Spanish, tell me that $40 for two hours is a good deal.

If you do go the easy route and opt for a shore excursion, try to find one that allows you a bit of free time to wander about. Near the spectacular Puerta del Reloj (Clock Gate) is the Plaza de los Coches, once a slave market and now a busy gathering place. Visit the Cathedral of San Pedro Claver, almost oppressive in its somber beauty. (Be warned: the sight of the Saint himself interred under glass near the altar might not be to all tastes.)

And if you can, walk the fortifications surrounding the old town. Stand high up on a stone rampart and gaze out at the impossibly blue Caribbean Sea, and imagine Sir Frances Drake and his cannons bearing down on you, his sights set on the fabulous treasures hidden within the storied walls of Old Cartagena.