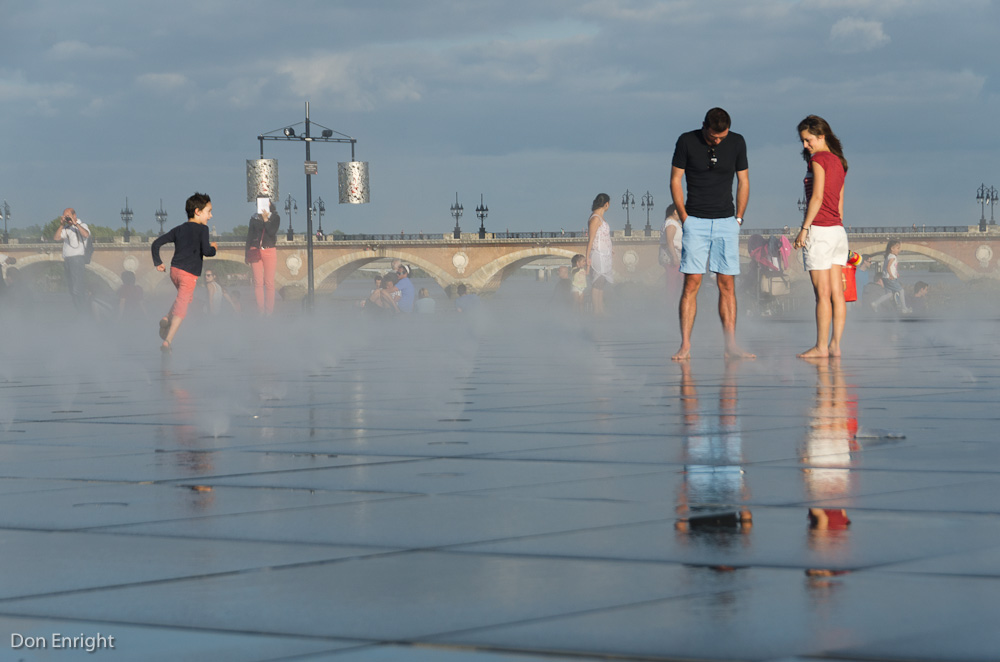 It’s not a holiday until somebody storms the local square.

July 14 is Bastille Day in France. It’s a national holiday—the national holiday, in fact, commemorating the storming of the Bastille and the start of the French Revolution. We are visiting the Bordeaux region, staying in a fantastic stone cottage in the small village of St-Gervais (thank you Air BnB.)

We wanted to see how the French celebrate the holiday, so we headed in to the nearby city of Bordeaux, and started walking along the great Garonne River. It’s a very beautiful town. It has a decidedly southern feel, with beautiful public gardens filled with lavender and roses, and elegant old buildings capped with terra cotta. And it was a glorious evening; the sky was blue, the temperature was perfect and people were out by the thousands, strolling through the narrow streets and along the new public pathways beside the river.

After a while, we came across the Place de la Bourse (Stock Exchange), a huge, regal eighteenth-century square with sweeping views out along the river. The city has installed a reflecting pool there—a miroir d’eau in French—and it’s apparently the biggest in the world. It’s quite a wonder. It’s a big, black surface—basically a square like any other, except this one is underfitted with plumbing. It goes through a cycle: first, the pond fills with water to a depth of about two inches. Families rush in and splash and play and roll around in the cool water. Then it drains, so there’s nothing but a wet, reflective surface for several minutes. Lastly, mist rises and everyone walks through it; it’s magical. Then the cycle starts again.

We sat at the edge and began photographing the families and couples at play. Suddenly there was a commotion far across the Place de la Bourse. A small crowd was approaching, drumming and chanting. As they came closer, we could make out people in various costumes carrying huge black flags marked with white Xs. Some of them carried a makeshift guillotine. At the front was a young woman dressed as Marianne, the mythic figurehead of the Republic, complete with one breast partially exposed. It was very dramatic.

The people in the square barely looked up as the marchers stormed the mirror pond. If there’s one thing the French are accustomed to, it’s les manifs (demonstrations). And to say they stormed the place is perhaps too strong a term; most of the protesters stopped chanting to take off their shoes and socks before continuing into the centre of the water feature. 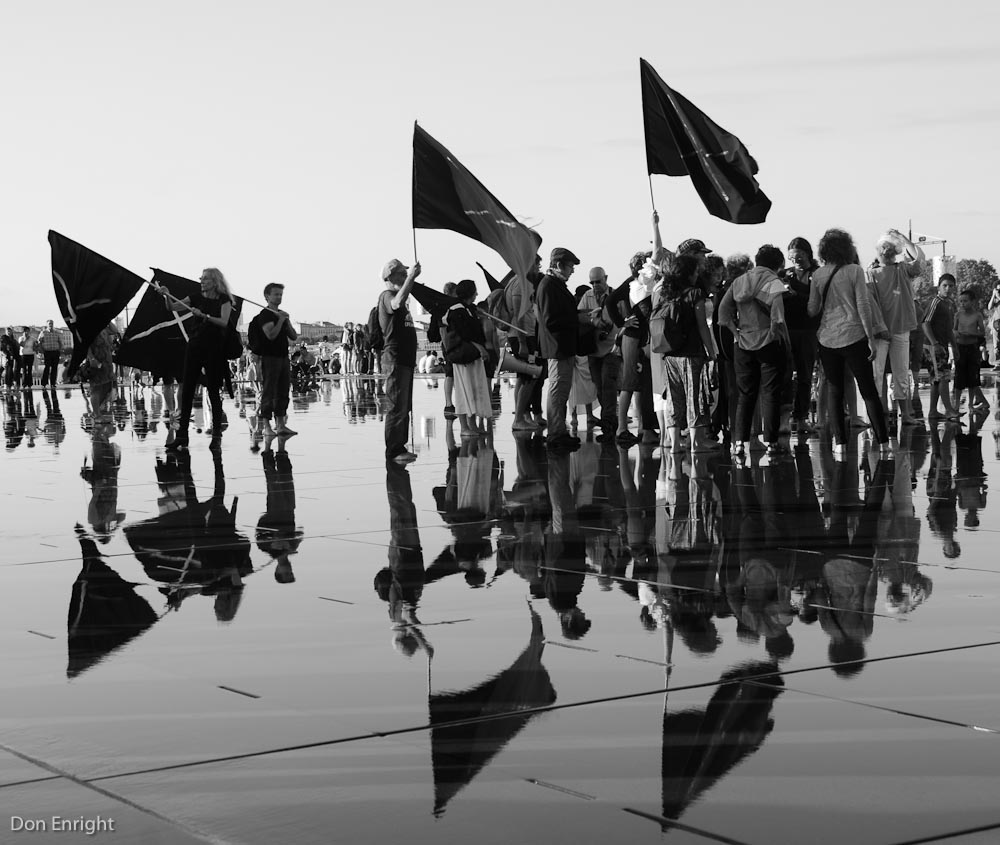 The guillotine was fairly rickety, as it turns out; that thing wouldn’t decapitate a salmon. But the protesters sang and chanted in the middle of the pond, and they did manage to execute somebody in effigy after a few tries, as the people played and splashed around them. I never did make out their cause—judging from the writing on one of the flags, I think they were raising awareness about people marginalized by government cutbacks.

Two or three police cars pulled up nearby but the officers just looked on and smiled. Nearby, on the riverside bike path, families and friends cycled by as the sun began to set. More and more people were trickling down through the cobblestone streets of old Bordeaux, getting ready to gather there along the riverside for the big fireworks. Eventually the protesters hugged each other and dispersed into the crowd.

We had planned to stay to watch the fireworks, but as the sun went down we decided we’d rather hit the sack early. Maybe we’re getting old. But we do get our fill of fireworks each summer at home in Vancouver with the international competition right in our front yard.

At any rate, we wandered back to where we’d parked our tiny rental car and made our way back to Saint-Gervais. “Bonne quatorze!” (“Happy Fourteenth”) a street person shouted as we passed. 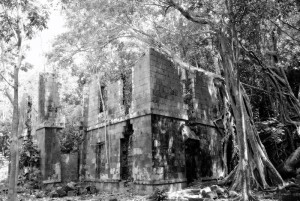 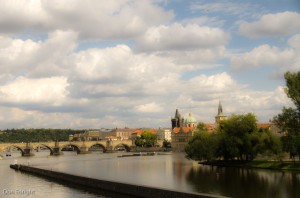