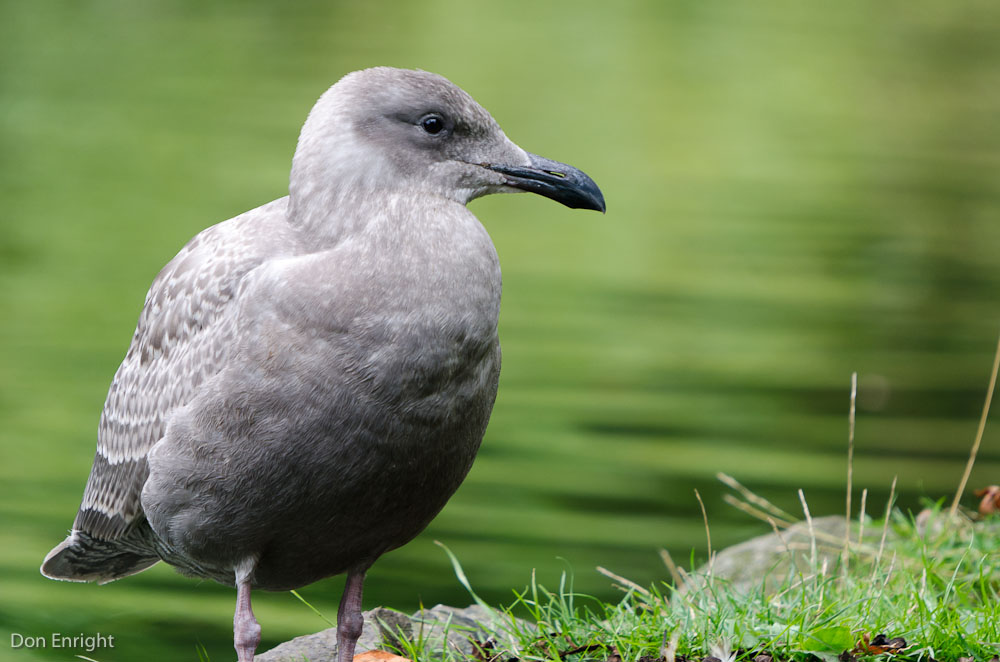 They’re loud, greedy, invasive, polluting and aggressive. They eat anything that moves and a lot of things that don’t. Hate them if you will, but seagulls are 100% badass. Here are the secrets to their astounding success.

Oh, I know what you’re thinking. “They screech and they squawk; you call that communicating?” Actually, yes. We may not be sure what they’re saying, but clearly they’ve got something on their minds. Stop and listen next time, and try to note down what you hear. It’ll be a call note or a long call, or a choke call, or an anxiety call, or a mew, a head toss, a copulation call (would that be a booty call?), an attack call or a departure call. I’ve recently learned to recognize the alarm call. It’s a lot like their other calls, but there’s a certain urgency to it. Hear the call, look up, see a bald eagle. Every time. It’s pretty cool.

And I can personally attest to the uniqueness of the copulation call. I witnessed it all spring- it kind of goes ew-ew-ew-ew-ew-ew-ew. Once you learn it, you’ll recognize it a mile away. Follow it to the source and you’ll see two gulls copulating, guaranteed—followed shortly after by post-copulation calling. It kind of goes, “What, that’s it?” 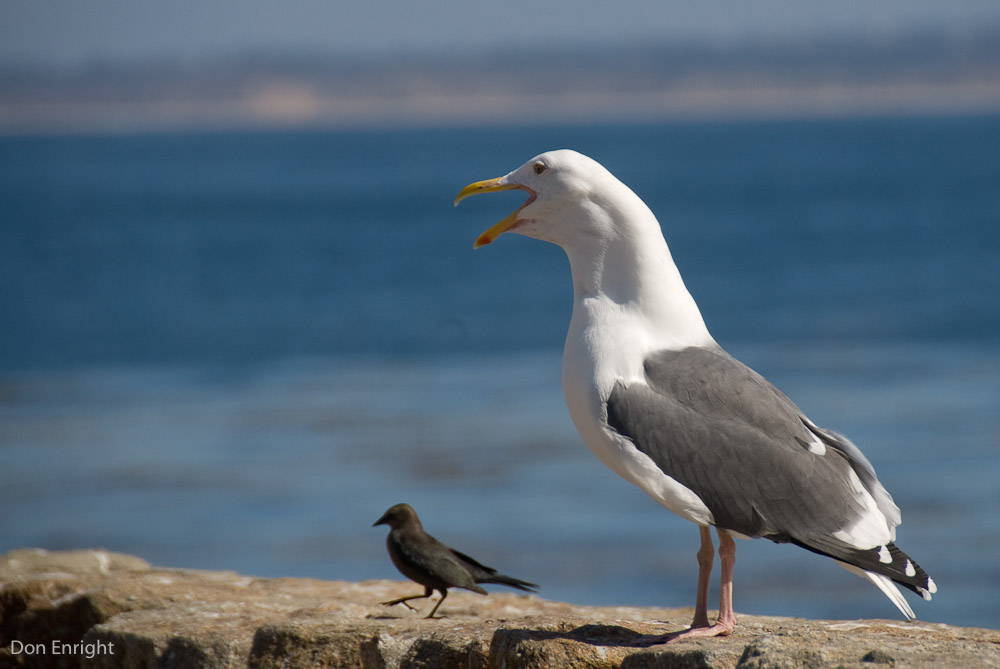 That would be the long call. Western gull, California.

Gulls are social creatures. Kind of like us, in fact. Most of the time, they act like they can’t stand each other. They squabble, they posture, they fight, they eat each other’s eggs… but deep down, they know they need each other. There’s an understanding among gulls, an uneasy peace that’s built on a strict code of status and seniority. The top gulls, usually the most mature, are likely to get the best real estate at the centre of the colony. That way, when the predators come by to do their plundering, the poor lower-status saps get eaten first.

But here’s the thing: with all that tension and rivalry, they know when to band together. When the eagles attack, or the foxes charge in, a disciplined white air force takes wing, diving, screeching, and shite-bombing all intruders like a well-oiled machine. Shock and awe.

So cooperate. Remember who your friends are. And don’t forget, when things get tough, you can always eat the neighbour’s children. 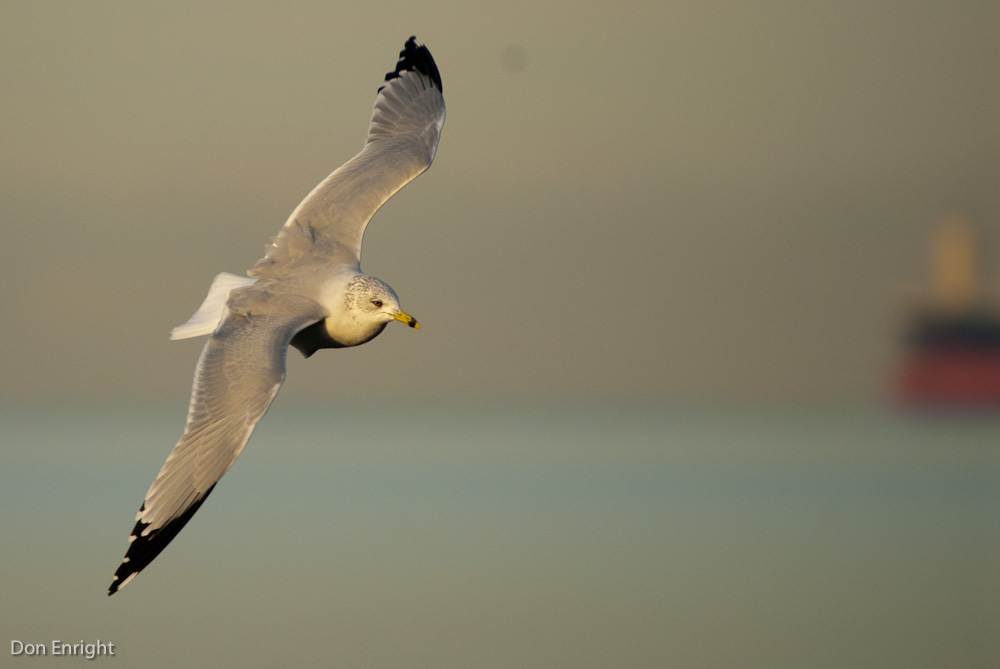 I once knew a veterinarian who worked a lot with endangered species. She said that every species on the brink of extinction had a damn good reason for being there: they’re fussy feeders, they freeze to death in a stiff breeze, they only breed every third new moon of a leap year, and so on.

Gulls, on the other hand, are easy to please. Here in Vancouver, back in the day, our gulls would only nest on certain rocky islands offshore. Pricey real estate, as you can imagine, if you’re a gull. So around 1970 or so, they decided to branch out. The early adopters, the hipsters of the gull world if you will, moved to the mainland. Suddenly everybody had to do it, and their breeding success skyrocketed. Not long after, another gull pioneer had the bright idea of nesting on our flat apartment rooftops, which are basically artificial islands, just as secure as the old-school rocky ones. Dumb like a fox, these birds. 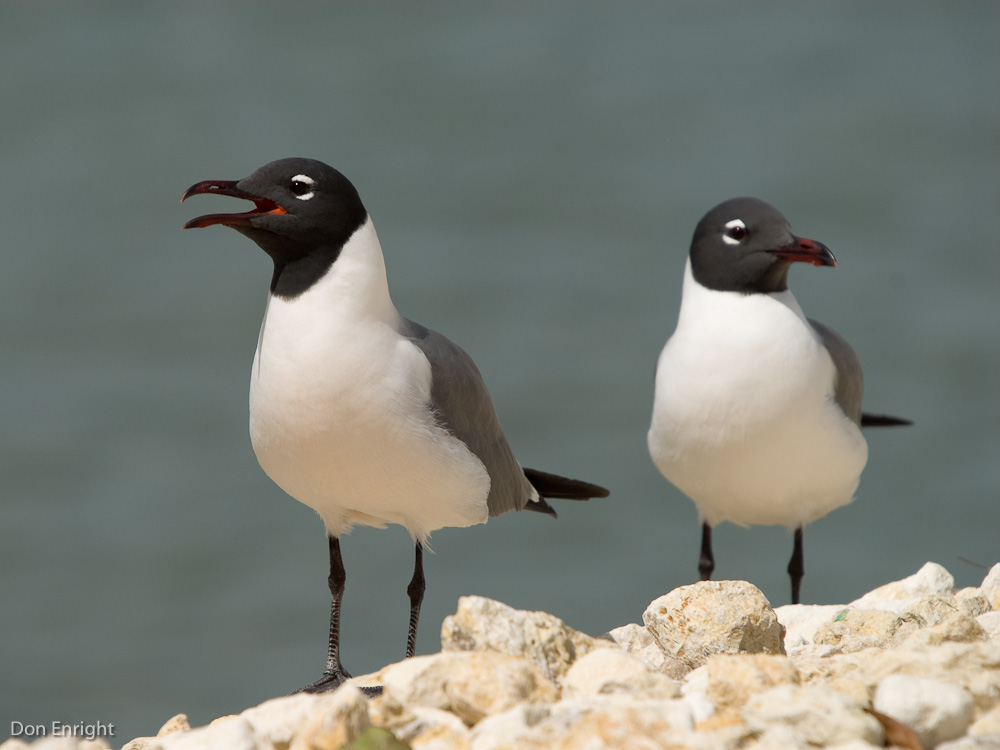 I used to work at the Vancouver Aquarium, and got to hang out with the marine mammal trainers a lot. They used to work so hard with their whales and dolphins, patiently training them, encouraging them, rewarding them with herring, squid, and more herring. The reinforcement schedule was basically 1:1—a reward for every behaviour completed successfully. That’s a high-maintenance program.

But meanwhile, lurking behind the trainers, were the glaucous-winged gulls. Waiting. For hours, they would hang back, hungry, biding their time. “Soon… soon,” their hungry eyes would say. And sure enough, sooner or later, the trainer would have a careless moment, and bang! The gull would lunge in for the fish. Sometimes it didn’t work. Sometimes the trainer would close the fish bucket in the bird’s face. Sometimes the trainer would smack the gull with a target pole. Didn’t matter; they’d just wait for the moment to come around again. Seriously, the reinforcement schedule for that behaviour must have been 1:543 and still they persevered. And eventually, they got their fish. I once watched a gull snatch a fish out of the steely jaws of a 1600-pound rutting male Steller sea lion. I swear it did a victory lap around the entire facility. 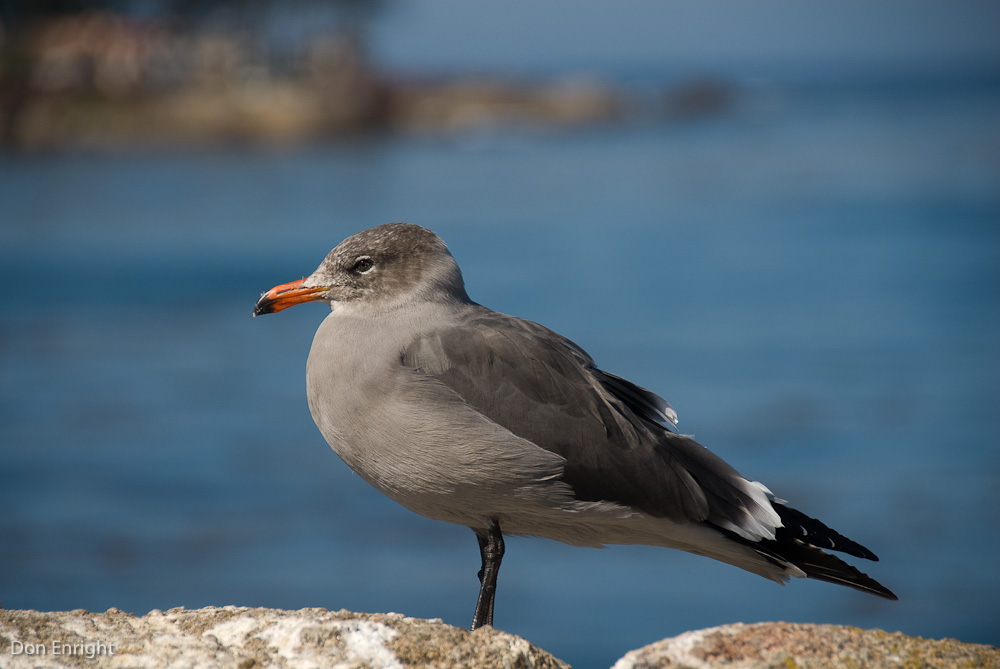 5. Use your hidden talents.

Gulls have at least two superpowers. First, they can drink saltwater. Think about it: water, water everywhere, but when you’re a seabird, what are you going to drink? Well, seagulls just drink the ocean, and are able to pump the salt out through a gland at the base of their bill. Very few animals can do that: seabirds, crocodiles, sharks, and sea turtles. That’s gangsta, son.

And, despite their reputations as walking garbage dumps, they have one amazing power of discernment: they can sense paralytic shellfish poisoning before it’s too late. Within five minutes of eating a bad clam, they puke it up... and won’t touch that species of clam again. 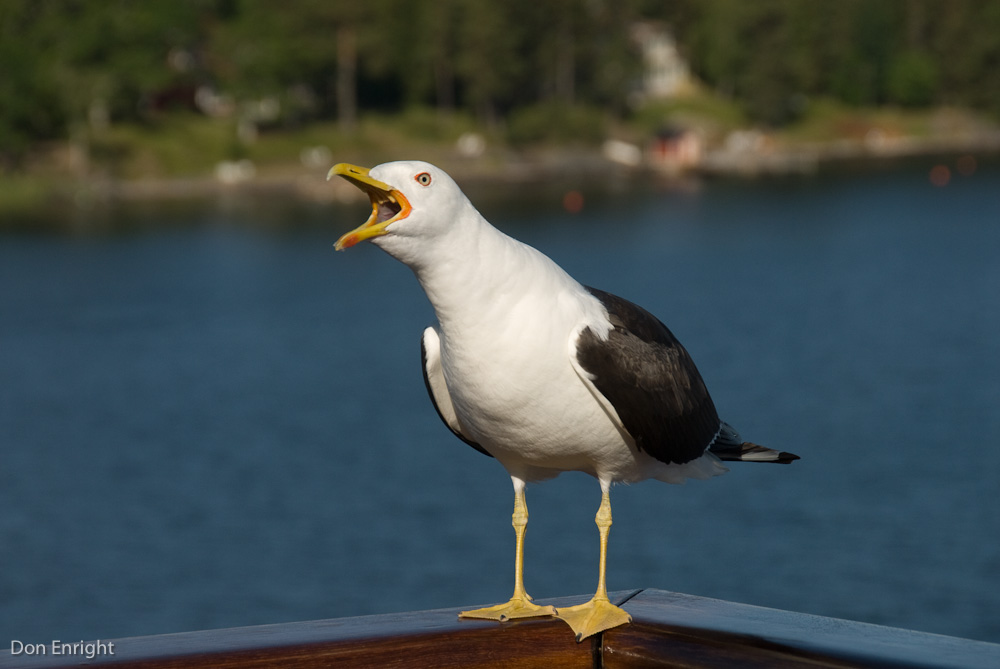 Have you ever seen a snail kite? I didn’t think so. They’re beautiful birds, but picky eaters. They patrol the everglades of the southern US in search of apple snails, which are pretty much their only food source. When the apple snails decline, so do the snail kites. Bummer.

But gulls? Pretty much anything, anywhere, anytime. If it breathes, grows or moves, or did so recently, it’s dinner. Wild gulls, in wild areas, eat mussels, clams, gooseneck barnacles, fish and other birds’ eggs.  But here in the city, they’re basically eating french fries and Cheetos. Their catholic food tastes (that’s small-c catholic, though the image of them eating communion wafers actually amuses me a little more than it should) are the single biggest reason for their incredible success. 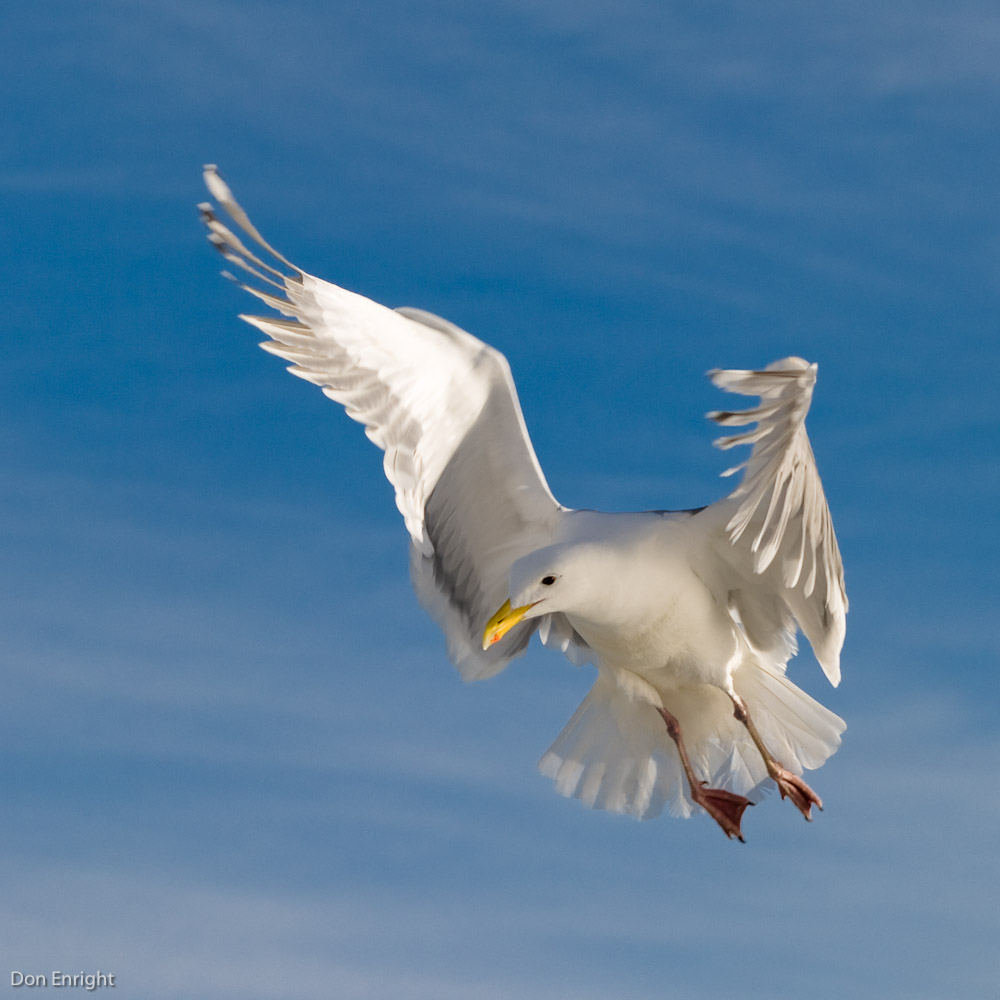 If there’s one thing gulls do well, besides eating garbage, it’s making babies. They’re actually remarkably attentive parents, with both Mom and Dad doting on their two or three chicks for months before they’re independent. I got to witness this first-hand this year: two pairs nested on the rooftops across our alley. Cute. Educational. Charming. But holy baby Jesus, the noise.

And they are committed. With some of the less-successful species, you look at them the wrong way and the entire breeding season is a write-off. With whooping cranes, for instance, everything needs to be perfect, and I mean absolutely perfect or they just can’t. Humidity a little off? Bad weather? Too many flies? It’s over. Don’t even talk to them. But gulls? Pffff. A predator can walk into their colony and lay waste to their nests, and they just rebuild. And they’ll do it again, and again… an average of 4.7 times before they finally write it off for lack of time left in the season.

Their high reproductive success, coupled with their incredibly flexible feeding habits, means their populations are skyrocketing. Here on the west coast, we have a 350% increase in gull populations in the last fifty years. And that’s a problem. When they’re not eating garbage, they’re eating other birds’ eggs. (Sometimes they’re just eating other birds; I know a birder who was watching a gull stand beside a little sandpiper, perfectly peacefully on the shore, and suddenly, GULP. No more sandpiper.) If we don’t stop fuelling their garbage addiction, the problem will only get worse. Many of our seabirds are in trouble; the last thing they need is an artificially-inflated squadron of gulls hunting them down in breeding season.

Please dump your garbage in the dumpster, where it belongs. These supremely well-equipped birds don’t really need any extra help from us, anyway. 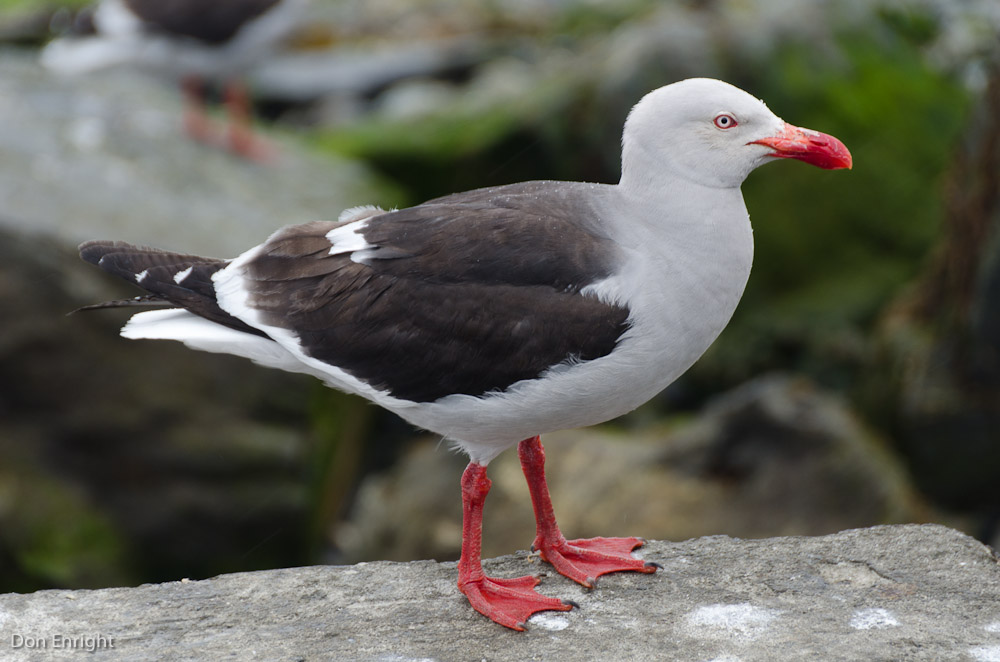 Have you been awakened at 4 am by gulls? “Decorated” from above? Mugged for your sandwich by a gull? Please share your gull stories in the comments below!

Thank you for keeping your cat indoors!
Posted in Nature, Photography, Wildlife and tagged gull, seagull.