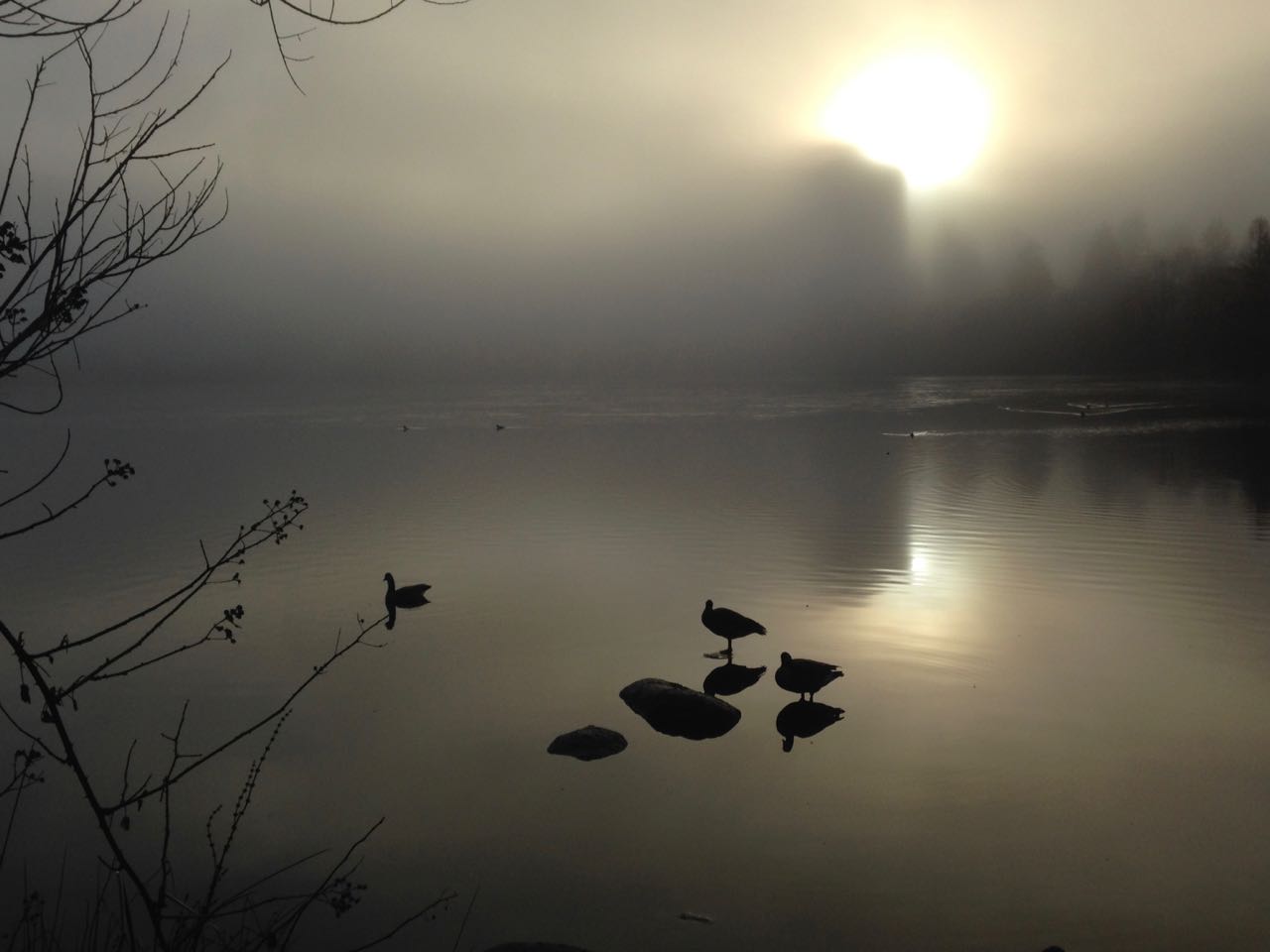 Finding Your Voice… On A Graph

This is part two of a series. You should probably start with part one, here.

In trying to craft my own voice as an interpreter and interpretive writer, I often look to some of the great interpreters I have seen over the years. And one of the things these inspiring people have in common is that they speak with a voice that is an utterly enjoyable blend of authority and informality. They know their stuff—they really know their stuff, in fact—but in transmitting it they are relaxed, informal, simple, and matter-of-fact.

This to me is great interpretation: an expert who can simply chat with you, as if it was the most natural thing in the world, and you not only understand the subject, but you feel it, you feel their love for it, and you feel their desire to share it. What a gift!

Last article, we discussed the authority axis: how much the interpreter appears to know on the subject. This week, I want to examine formality. How relaxed is the interpreter with the audience? Are they prim and proper, pinkie-in-the-air? Are they relaxed and friendly? Are they forward and cheeky? You can think of this as the formality axis, and rate it from one (low) to high (five).

And when you have your both your authority and your familiarity rated from one to five, you can plot them on a graph. Do it.

Can’t decide? I’ve taken the liberty to plot some familiar voices on a graph. Perhaps you can find your spirit guide here: 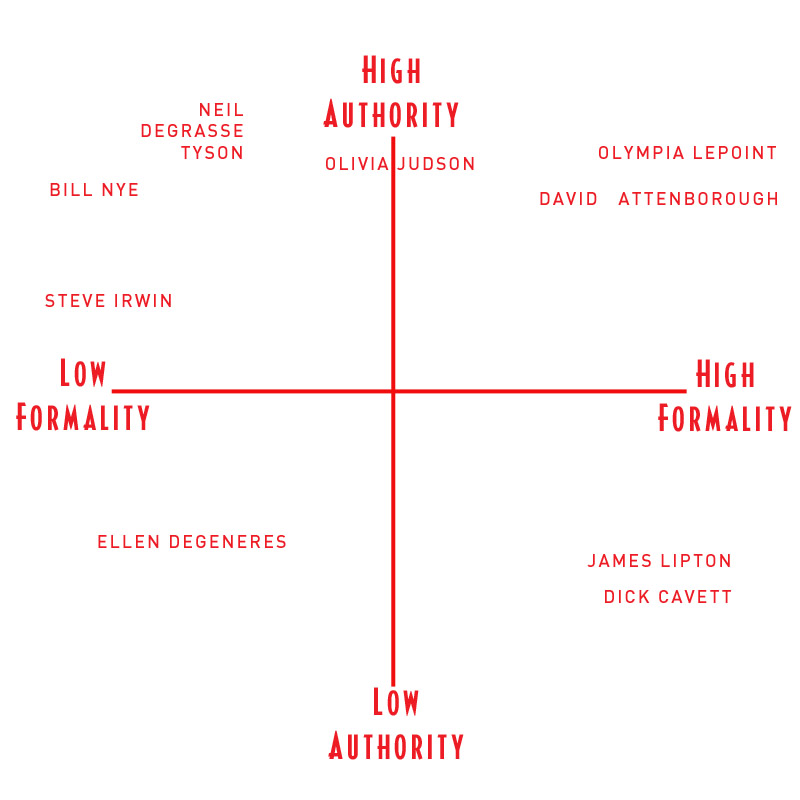 I realize you might not know all of the people I put on my graph. I was going to add a brief bio for each, but I figure you can get your Google on. I did want to point out some of the more interesting characters, though.

Olympia Lepoint is a great study in how formal does not equal boring. (Well, Attenborough does that too, but he had the world’s greatest images backing him up most of the time.) Lepoint, in this Ted talk for example, is delightfully formal. Her diction is flawless; her body language is poised and calculated, and she has clearly spent a lot of time preparing what she has to say. Yet she is endlessly captivating. (And it’s interesting to note how charming—I’ll even say sexy—authority can be. She’s a rocket scientist! How cool is that?)

I had to search far and wide to find somebody who is high in formality but low in authority. I threw Dick Cavett in there because he made a career of it—but I think the real master is James Lipton. Watch him at work with Jake Gyllenhaal: he’s a bit stuffy, nerdish, and never pretends to know a thing about acting. He’s a homely dude reading questions from index cards… yet every serious actor on earth wants to be on his show. That’s talent, if you ask me.

Bill Nye, of course, is self-explanatory—except I should explain that I’m referring to his Science Guy persona. He has proven to be more than that, in recent years.

And you? Where do you land on the graph? And do you see yourself in the same place in the future? I look forward to your reactions.

To script or not to script? An interpreter’s dilemma