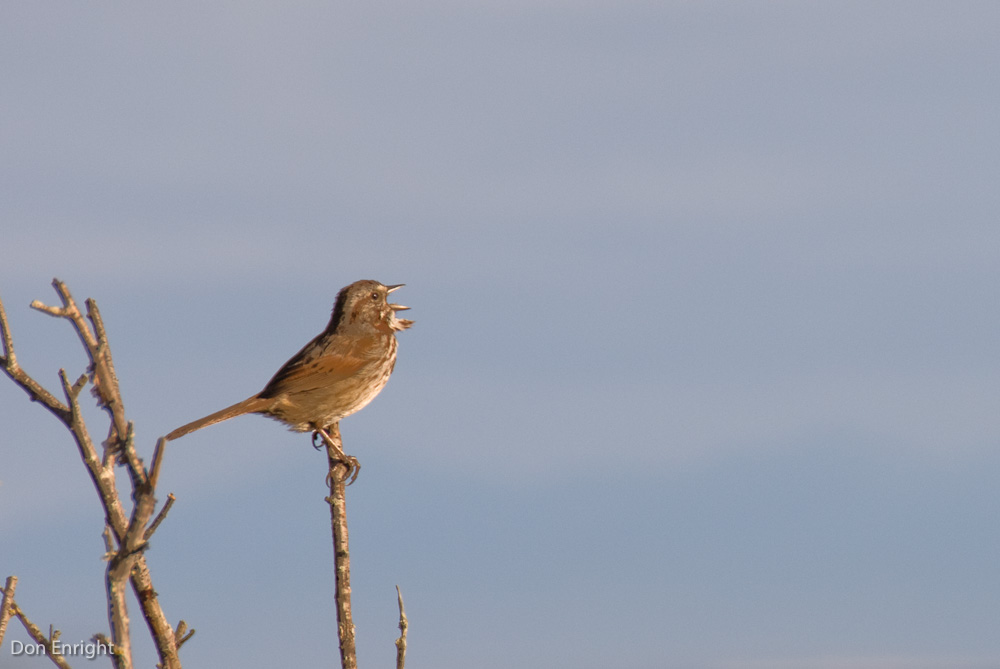 … have you found yours?

Have you ever tried writing interpretive text as a committee? It’s about as delightful as being pecked apart by mergansers. Each writer contributes a piece, and each piece might be lovely on its own, but you put the bits together and they just don’t get along. And so you talk and you edit and you re-write and edit some more… until you end up with a sad, insipid chunk of interpretive compromise.

This is my life, at the moment. I’m working on a huge project with three writers, and it’s becoming clear that, while each of us can write, we have been writing in three different styles.

We need to find a voice.

I’ve been working to identify some of the basic elements of interpretive writing, and the more I read and ponder, the more it occurs to me that there are two  distinct variables that align to determine voice: formality and authority. (Stick with me, it’ll make sense in minute, I promise.) In the next couple of articles, I will examine the interplay of the two, and you can experiment with placing these two variables on the axes of a graph: the point where authority and formality intersect is the locus of your interpretive voice. (In a subsequent article we’ll take a more right-brained, creative approach. Something for all learning styles.)[ref]Oh wait, learning style are now bollocks. I keep forgetting.[/ref]

In this article, we’ll look at the authority axis. And by authority, I refer to how much the interpreter (writer, speaker, presenter) appears to know about any given topic. It’s a timely subject: we are in a period where there is a philosophical shift from the interpreter as the subject matter authority to the interpreter as facilitator and co-discoverer: from ‘sage on the stage’ to ‘guide on the side’, as I have heard it put.

A quick example: Gravity as presented with a classic, highly-authoritative interpretive voice: Neil Degrasse Tyson. He knows it; you trust him; relax and learn.

A contrasting example: Here, the ‘robot’ character knows nothing but must solve a problem; he defers to an expert (Cameron Diaz, who knew?) who challenges him to think. Along the way we (the young audience) must think things through, too. And it’s interesting to see Cameron pull off the expert role: she invokes NASA and all its telescopes to back up her authority.

In the world of interpretive programming, the movement away from the authoritative voice appears to be spearheaded by the U.S. National Parks service, who has given a strong mandate to its interpreters to move to a facilitating role. The goal here is to foster thought and dialogue and discovery, rather than simply to teach and inform. Of course, this has always been the role of interpretation; it is the essence of Tilden’s second and fourth principles. But the Americans are taking a slightly new tack with it: they’ve embraced a technique they are calling facilitated dialog.

It’s interesting to think about where this trend can lead you as an interpreter or writer. If you are no longer an authority on your subject (at least within the conventions of the presentation or written article), what are you? It seems to me that you become a co-discoverer, a fellow learner, one who perhaps asks questions and keeps the conversation rolling along. When the interpretive voice sits at the low end of the authority axis, it’s the participants themselves who must bring the insight to light. Which can make for some very exciting and memorable experiences.

The risk for me in this style of interpretation is that, sooner or later, somebody needs to inject some knowledge into the conversation, if only to advance the discussion. If an interpretive program or article is simply an endless loop of “I don’t know, what do YOU think,” it really isn’t much different from, say, the comments section of a Youtube video, to take it to its unsavoury extreme.  And looking at the US National Parks’ sometimes ham-fisted suggestions for facilitated dialogue, they look like the kind of interpretive programs that would make me run, not walk, in the other direction.[ref]Hell for me is an auditorium with a open mike and a spineless moderator.[/ref]

When I go to an interpretive program, I do want to think and reflect and sometimes even speak and engage. But I only want to hear what other visitors have to say if it injects insight or fact into the discussion. And frankly I DO expect the interpreter to know something about the subject; why on earth would I pay for his/her time otherwise?

That said, interpreters have always been co-discoverers and facilitators, and when you see a talented facilitator at work, the effect is energizing and empowering.

Kathleen McLean has done some terrific writing on the subject of authority in interpretive dialogue; I really recommend you read her article before starting to evaluate your own interpretive voice and the role of authority within it.[ref]See what I did there? I just nudged myself down on the authority axis, to make room for Ms McLean.[/ref]

And for a few examples of writers who sit at different points on the authority axis:

I enjoyed this article over the Christmas holidays: this writer has a unique “I know science but I don’t know eggnog” voice. I’d place it sort of centre-left on the authority axis, left being co-learner and right being definitive authority.

Dr. Olivia Judson (one of my favourite science writers) sits to the right, generally. She’s clearly an authority on her subject, but is never snooty about it, and never above supporting her points of view with references. Oh how I love her.

For examples of interpretive voice on the far low end, you can look up virtually every journalist or talk-show host on earth: when a Barbara Walters or an Oprah Winfrey talks with a guest, she doesn’t pretend to know much about the subject at hand; her role to be a proxy for the audience-as-learner. (Though you should take a moment to watch any episode of Martha Stewart to see what “I don’t care who my guest is, I know more than they do” looks like.)

So, where do you sit? Does your voice vary, depending on your audience and your goals? Where are you most comfortable? If you rank the authority axis from one to five, at which point to you start to suffer from the imposter syndrome?[ref]I have a chronic case.[/ref]

I look forward to your comments.

The Formality Axis- From Bill Nye to David Attenborough