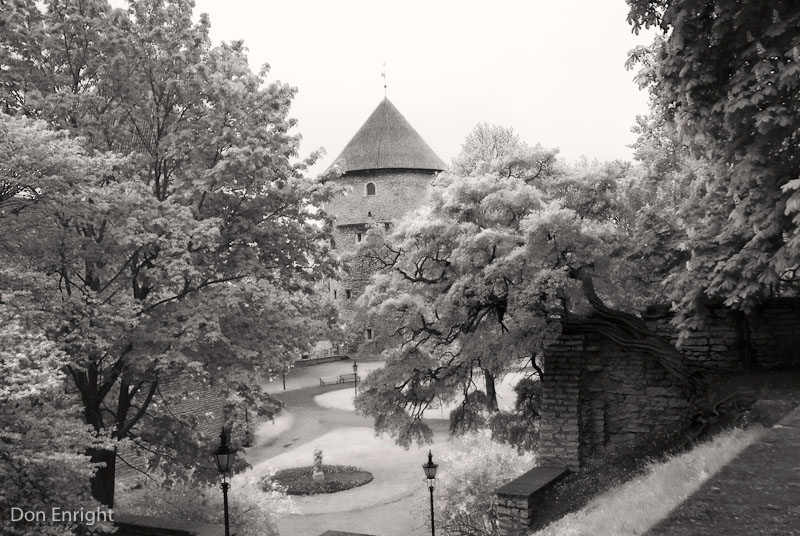 Catch the optimism and resolve of this tiny, beautiful country and its gorgeous capital, Tallinn.

Cruising on a Scandinavia-to-Russia itinerary is surely one of the most pleasurable ways to spend a bit of summer in Europe. Long, long days, blue skies, refreshing temperatures and, of course, some of the world’s great cities await you.

Having made the trip a few times, I take secret enjoyment in eavesdropping on the other cruise passengers as they talk about their excitement: “Copenhagen! Wow! Stockholm! St. Petersburg! and, um, er, Tallinn? Tallinn? Hey, Honey, where’s Tallinn?”

No, it’s not as well known as its rival European capitals- but take it from an experienced cruiser: this medieval city will capture your heart.

Tallinn is the capital of Estonia. It’s not a large country, to be sure, but it’s one that you will remember (and boast about having visited, trust me) in the years to come. Like any European capital, Tallinn has its industry, its businesses, its traffic… but what sets it apart from the others is its incredibly well-preserved medieval architecture. That, and the openness and friendliness of the Estonian people. You will see more smiles per square kilometre in this town than in many, many places on Earth. And that, I think, is what I love most about Tallinn- I look at these radiant faces and it occurs to me that if anybody on Earth has the right to be well and truly miserable, it’s these people. 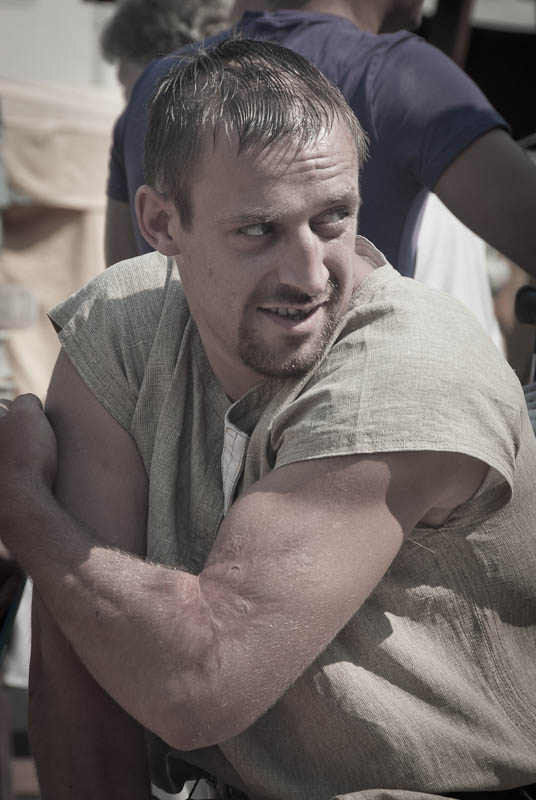 For at least the last hundred years, the Baltic states have basically been the door mat of Europe, and the Second World War and ensuing Cold War years tested the Estonians’ fortitude like that of few other people. Estonia, you see, declared independence as a nation in 1920, only to have it taken away in 1939. Up to 25% of the nation’s population was lost in WWII, as Germany and the USSR battled through it– and though Estonia was annexed in 1940 as the Estonian Soviet Socialist Republic, the nation never officially ceded its autonomy. (The west never officially recognized the USSR’s dominion over it, either- there were active Estonian embassies throughout the West at a time when there was no Estonian government back home.) 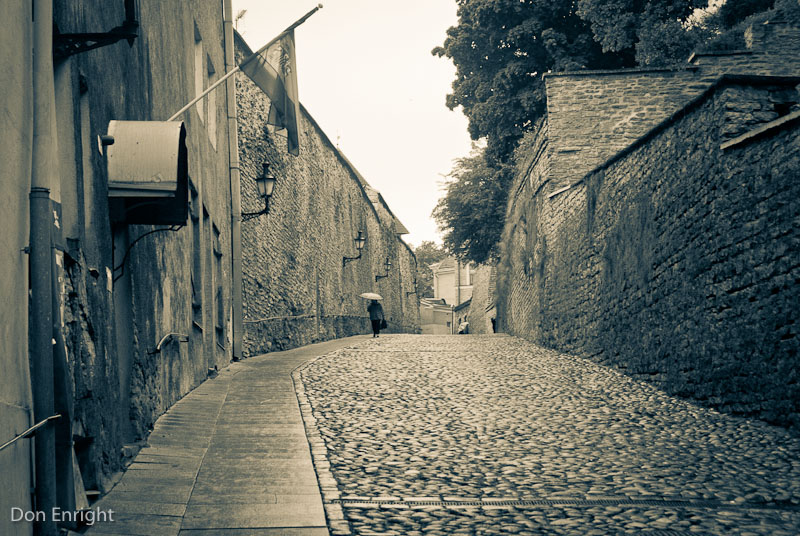 The Russian legacy is still strong in Tallinn; it won’t take your ear long to learn to pick out the thick, sensual tones of Russian spoken in the street alongside the crisp consonants of the Estonian language. Estonian is a Finno-Ugric tongue, not related to the Indo-European languages of its neighbours, and though Estonia is traditionally lumped with Latvia and Lithuania as part of the Baltic triad, it is ethnically closer to Finland, and you’ll notice a strong Nordic look to the people. 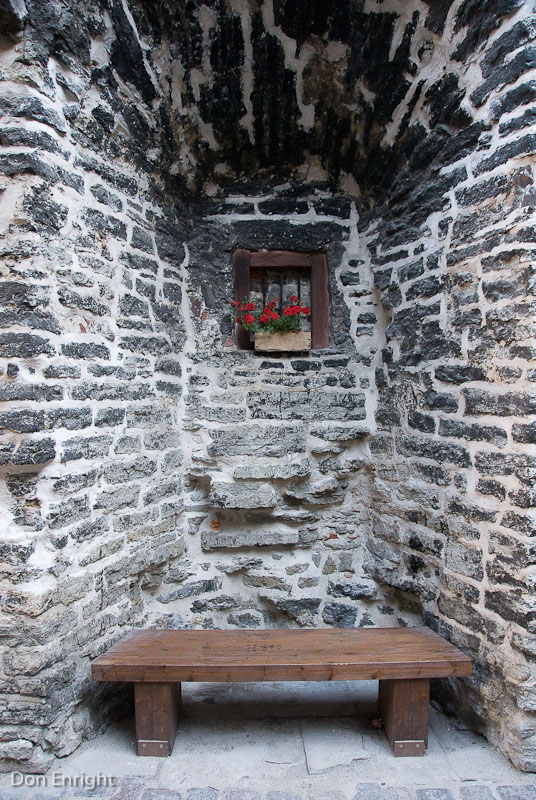 Since the fall of the Soviet Union, Estonia has emerged as one of the most ambitious of the former Eastern Bloc nations. After a dramatic boom and bust in the 2000s, Estonia is now one of the most fiscally responsible members of the European Union; accustomed to sacrifice, the Estonians have resolved to do whatever is necessary to keep their fiscal and political independence. 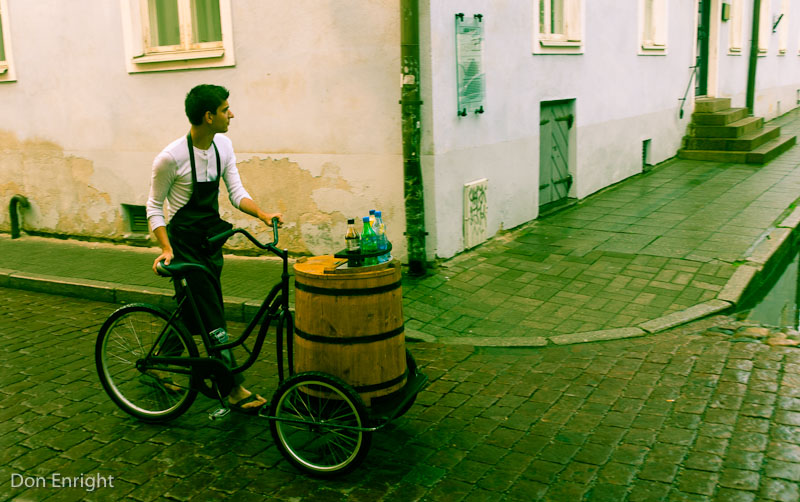 And that’s where you come in. Tourism is vital to Tallinn, and there is no shortage of opportunities to support the city’s genuinely authentic attractions. Getting around is easy: old Tallinn is compact and completely walkable. Cruise ship passengers will undoubtably be offered a shuttle into town, but if you’re mobile, say no- just this once- and set out on foot. Local artisans will offer you a variety of wares along the way; I invested in a number of gorgeous Estonian linen pieces. I kept asking them how this beautiful, unbleached fabric came to be so emblematically Estonian, but the people shrugged as if to say, “Can’t you get it everywhere?” No, you really can’t. (The other local treasure is Baltic amber- it is beautiful, and you can expect to pay handsomely for the good stuff.) 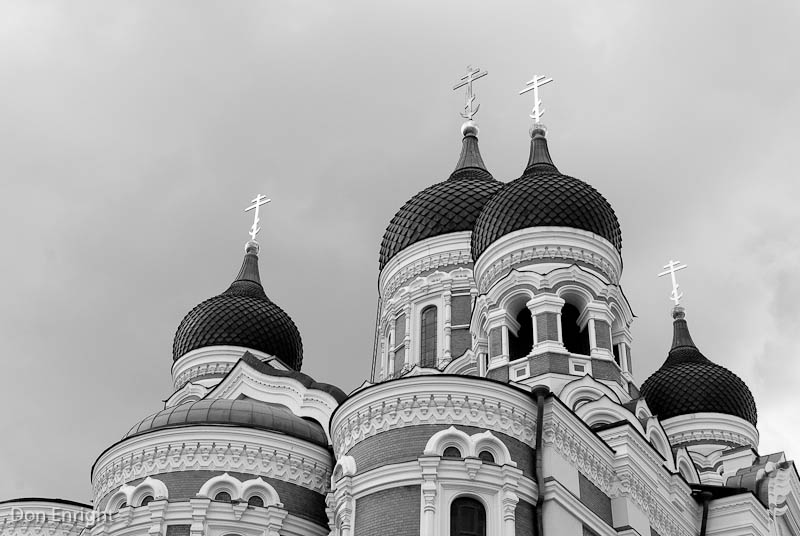 Soon you will pass through the walls of the city and into another era. Yes, almost every European capital offers cobblestone streets– but this is the total package: turrets, tortured wood, weather-beaten doorways, and an excellent system of small plaques to tell visitors a bit of the history behind the doors. Go ahead and explore. While modern Tallinn is a sprawling capital, the walled quarter is small enough to cover in a day’s visit (though you’ll wish you had longer.) 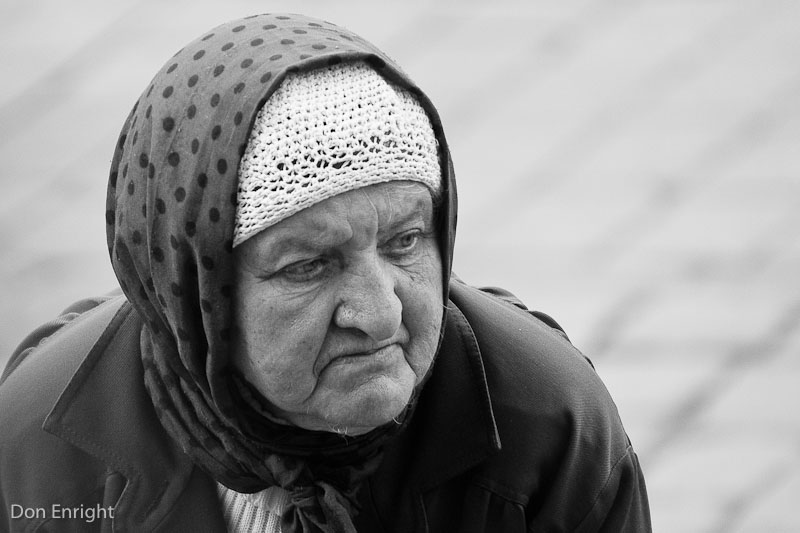 Outside the Orthodox cathedral

Must sees: the Toompea, or parliament hill, and the Kiek in de Kök (literally peek in the kitchen), a very old tower that offered glimpses into everybody else’s business. Do not miss the churches- the Russian Orthodox cathedral is fantastic, and you’ll want to take a moment to take in the weathered faces of the Russian women who wait (and sometimes beg) outside. Ethnic Estonians are traditionally Lutheran, though they now rank statistically as the least religious people on Earth. 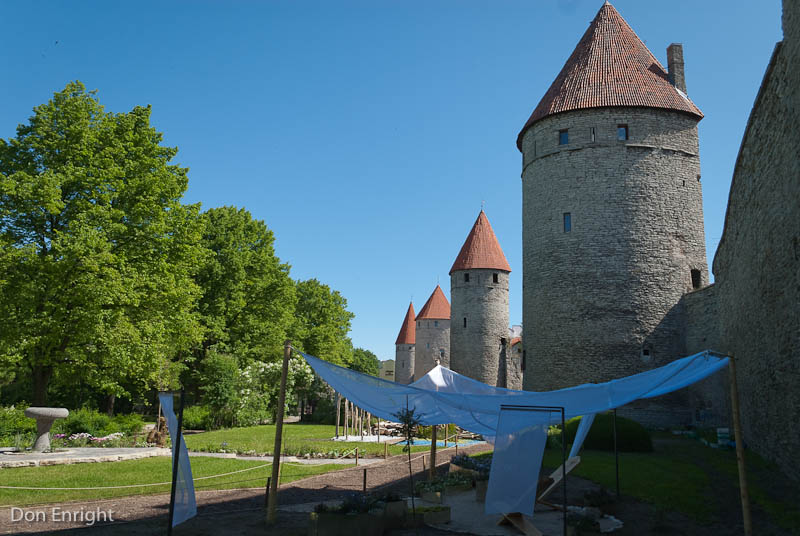 The central square, or Raekoja plats, is a great place to find a coffee or do a little shopping. On cruise ship days, the merchants dress in traditional garb, and you can sample local baking and hear Estonian folk music along the way. 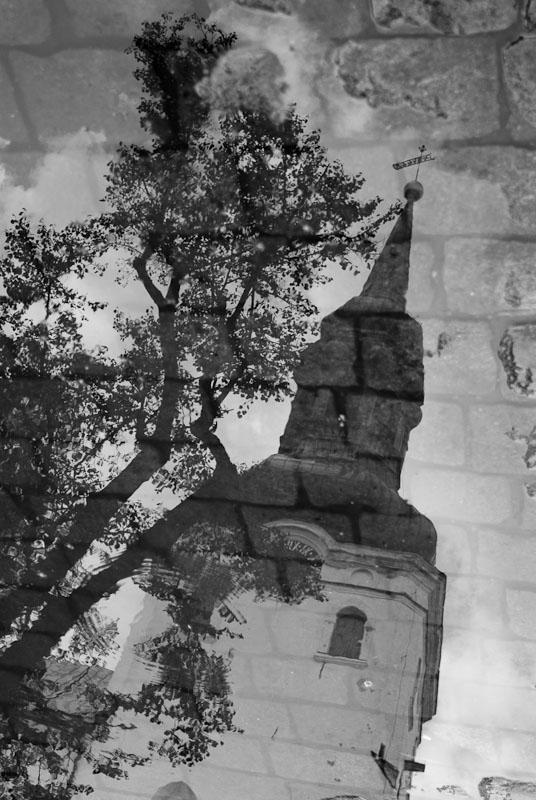 If the narrow streets start to hem you in, stroll just outside the walls and relax next to the ponds of Toompark, the last vestiges of the moats that once surrounded the town.

And after you’ve made your way back to the ship and waved goodbye, you’ll discover Tallinn’s greatest treasure: that a bit of this tiny nation’s optimism and resolve have stayed with you. 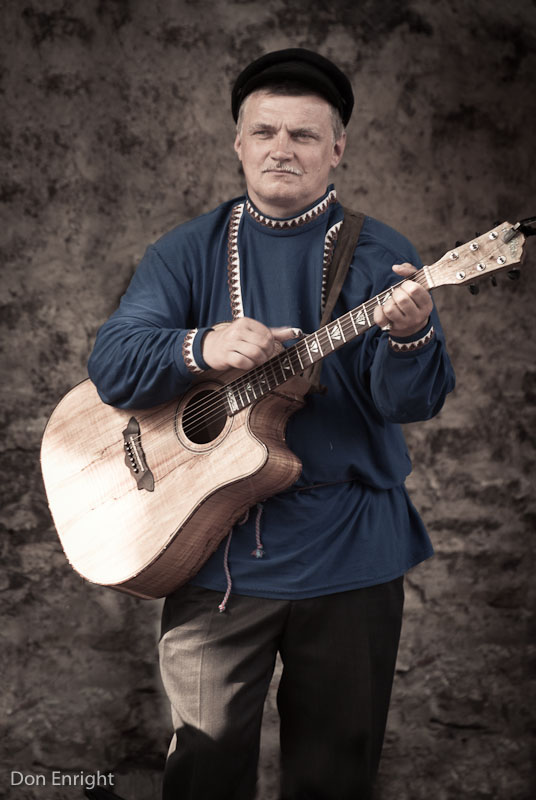 He burst into Nessun Dorma for a busload of Italians.

Zumba and the Price of Interpretive Programs
Posted in Ports of Call, Scandinavia/Russia and tagged Baltic, cruise, Estonia, Tallinn.