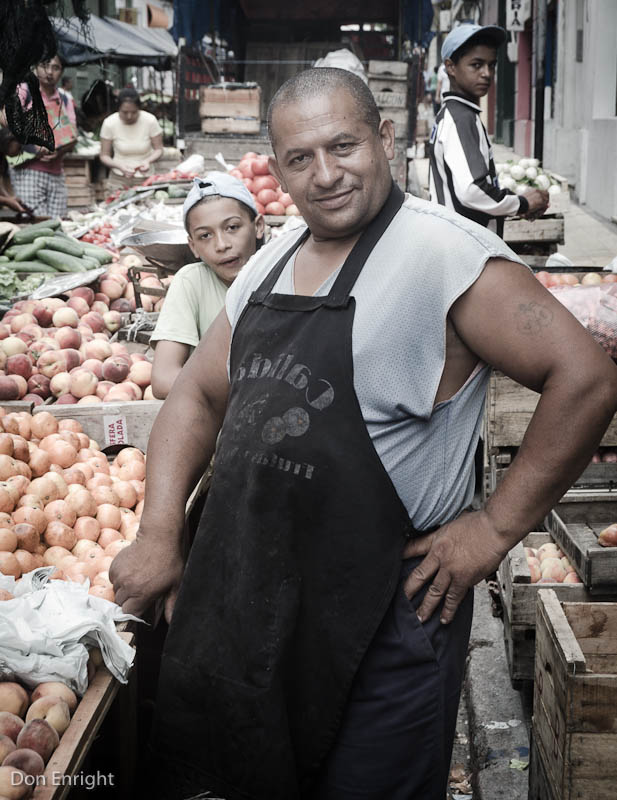 Montevideo was recently recognized as having the best quality of life in all of Latin America.

It seems that everyone nowadays needs a bucket list, that public register of Things You Must Accomplish before you join the choir invisible. I suppose it’s a nice idea—none of us is getting any younger, and it’s good to remember that all the things we dream of doing aren’t just going to magically happen when we’re eighty-seven and living on Metamucil. But I personally haven’t felt compelled. It seems that whenever I make long-range plans for my life, life makes other plans for me. I have learned to just roll with it, and that suits me fine.

One thing I can tell you with some certainty, though, is that if I did have a bucket list, the city of Montevideo, Uruguay wouldn’t have been on it. And that, I discovered one New Year’s Eve not long ago, would have been a crying shame. 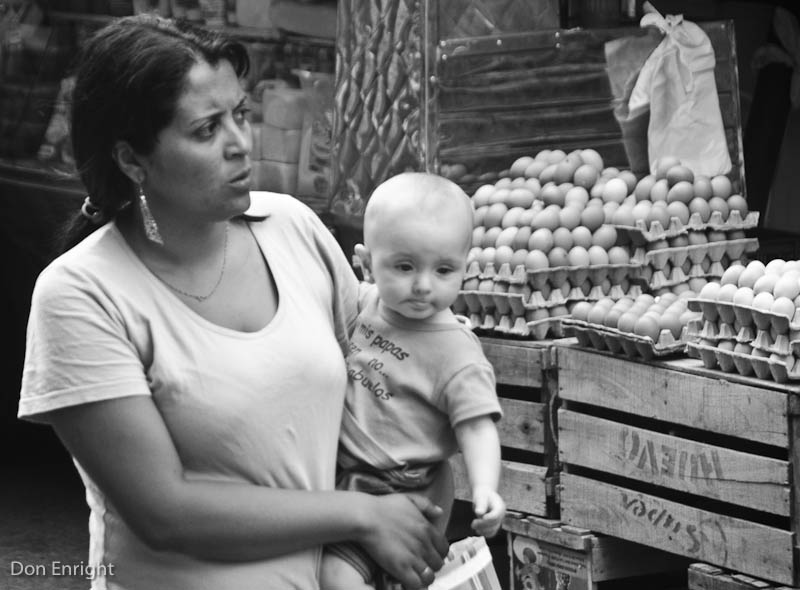 Montevideo, population 1.3 million, is a beautiful town. Located on the Rio de la Plata just kitty-corner from its more-famous neighbour Buenos Aires, this capital was recently recognized as having the best quality of life in all of Latin America.

Founded by the Spanish in the 18th century, it was briefly annexed by Brazil in the early 19th century, to gain its full independence with the establishment of Uruguay’s nationhood in 1828. Its colonial past is still splendidly evident in the statuary and architecture of the old city. 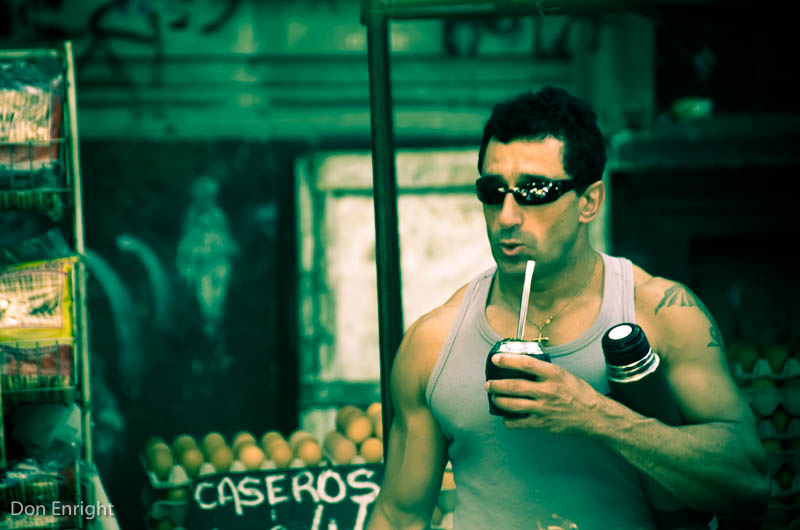 With the global turmoil of the early twentieth century, Montevideo became a decidedly cosmopolitan place, and while the local language is still definitely Spanish, the city has a pan-European flair. (By 1908, fully 30% of the city’s populace was foreign-born.) And while the quality of life there is high, one wouldn’t call it a rich city by any stretch of the imagination. (Nearby Punta del Este, mind you, is jet-set fabulous. Gleamingly, filthy rich.) Humble buildings in various states of repair, and wide streets bustling with people, set the stage for a visual smorgasbord. The photography here is really very rich, and I found the locals quite obliging when I requested their photo. 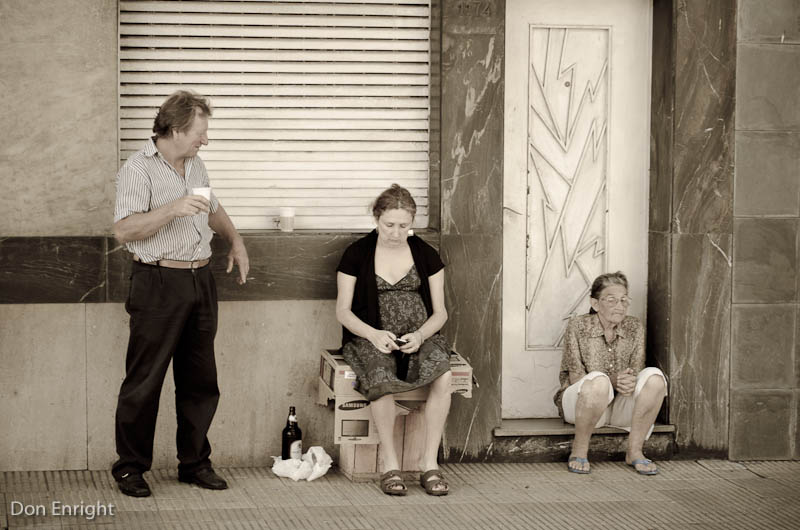 The streets of Montevideo

It was fascinating to be in a new country for New Year’s Eve, particularly in the southern hemisphere. It’s a bit of a mind-bender to have Christmas and New Year’s at the start of the summer, but it certainly provides a clement atmosphere for merry-making. I’m from the Canadian Prairies, and our New Year’s rituals are decidedly of the indoor variety. There’s our delightful folk custom, for example, called “Designated Driver Runs Outside To Start The Car Every 45 Minutes So The Effing Thing Doesn’t Freeze Solid”. 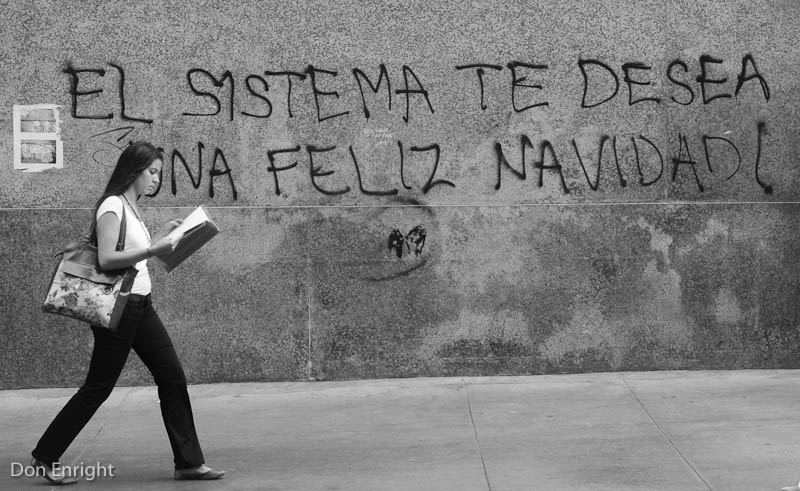 The system wishes you a Merry Christmas.

But I digress. Here in sunny Uruguay, they start celebrating early, and the first indicator thereof is the presence of hundreds of tiny, shredded pieces of paper floating on the breeze, as people tear up their calendars for the year and toss them out the office window. Litter issues aside, what a wonderful symbolic act! To hell with the old year! Tear it up, move on, turn the page. And local calendar merchants have apparently learned to cash in on the custom, selling dummy calendars the week before the event so you can have the pleasure two, three, even four times. It really did look like fun, I have to admit. I’d try to instigate something similar here, but whose office windows open nowadays? 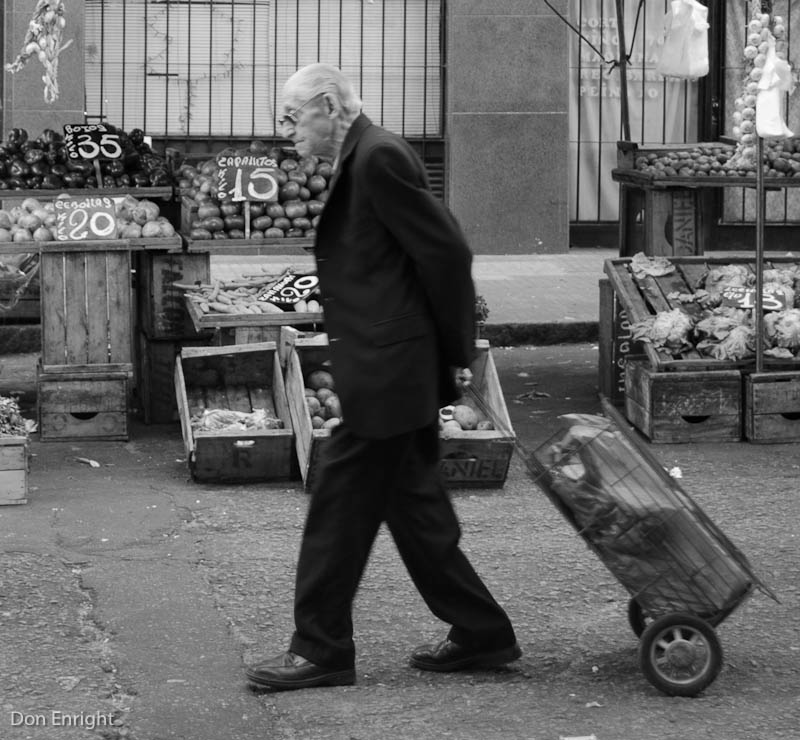 Tossing things from windows seems to be a big part of the festivities down there—something we learned the hard way. Sending your shredded daytimers fluttering downward on the breeze is nice, but apparently not nearly as much fun as dumping buckets of water on unsuspecting passers-by. This seems to get going around noon, at which point office workers are decidedly giddy about the passing of the old year. And by giddy I mean drunk—or at least well on their way. I don’t have proof of this fact; just the evidence. And maybe they’re just naturally exuberant people, what do I know? At any rate, the ritual is as as follows: unsuspecting passer-by walks along Montevideo street. Office workers lean out of window and dump about a gallon of water on passer-by. Peals of laughter and merriment ensue, largely on the part of the dumpers and not the dumpee, as you can well imagine. Most of the victims were fairly good sports about it, I must say. I was carrying about three thousand dollars’ worth of camera gear and was perhaps a bit less chuffed about the whole thing. But ni modo—no harm done—we just proceeded with extreme caution.

By about three or four in the afternoon, the Montevideans had abandoned all pretext of work and were filling the streets, walking, laughing and drinking. Bands were playing and people were dancing. It really looked like a lot of fun, but as the afternoon progressed I started to worry that everyone was peaking a bit soon—it felt a bit like one of those parties where you just clearly aren’t drunk enough to be there. Regardless, it was time to head back to the ship and prepare for our own festivities. 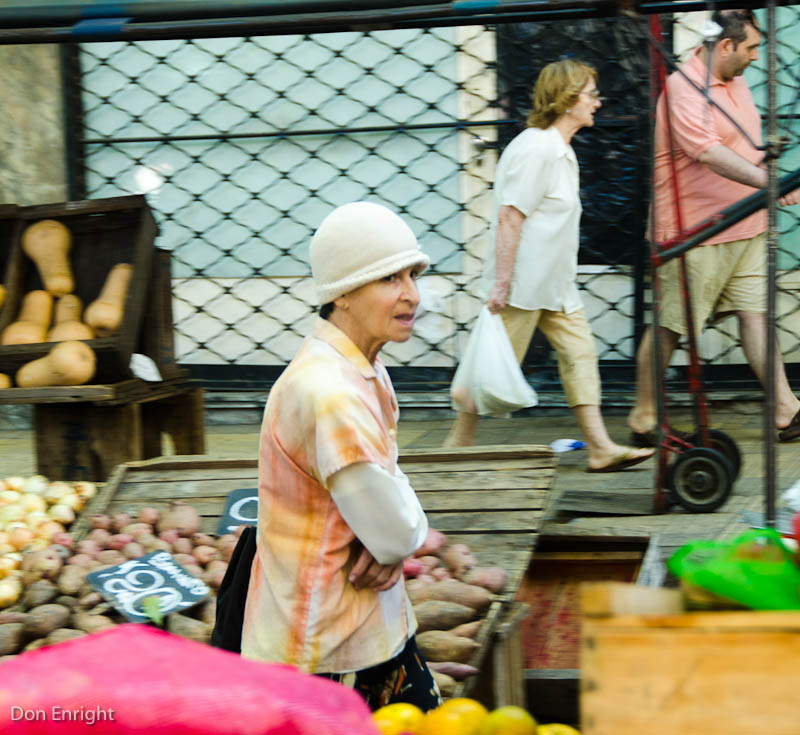 And as we cast off our lines and pulled away into the murky waters of the Rio de la Plata, night fell and the champagne began to flow. The evening progressed, and at the stroke of midnight my sweetie and I walked away from all the revelry to a quiet spot overlooking the water. I will never forget the sight of the city lights of Montevideo in the distance, shimmering under a cascade of a thousand fireworks.