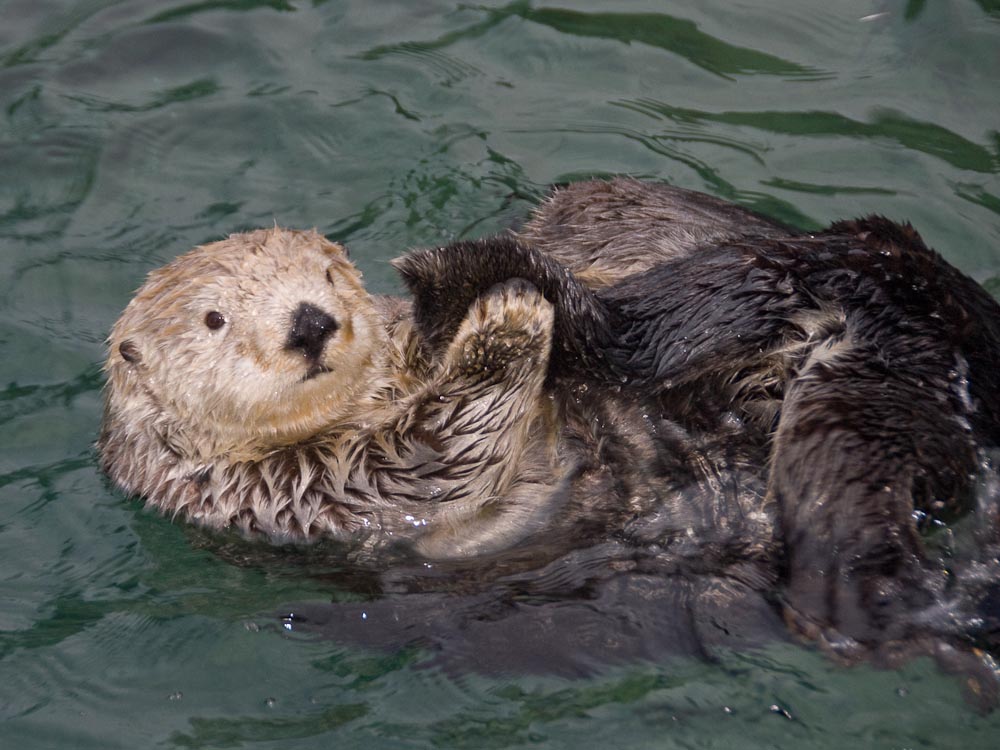 Apparently river otters never got the memo about staying in the rivers.

I’m a compulsive explainer. Wait, let me explain: I have worked as an interpretive naturalist for a very long time, and I really love what I do. So when I’m out for a walk, just minding my own business enjoying the fall colours, and something fantastic happens, I tend to kick into explainer mode.

This morning, for example. We were treated to a family of six river otters in the bay just off Second Beach in Vancouver’s Stanley Park. They had just had a very successful fishing trip and were busily devouring a bunch of little flounders or sand dabs. River otters are very messy eaters—but they really appear to love eating. You know, they really appear to love everything they do. The Onion once ran a wonderful headline: “Black lab has best day of his life for 862nd day in a row.” You could easily apply that to river otters. Man, they know how to have fun.

Eventually, four of them swam off down the shore, and a few minutes later, Tom and I saw a bunch of people gathered at the edge of the sea wall, clearly interested in something.

There they were: our four young otters were at a drainage culvert, which they had discovered could be used to provide safe passage under the seawall, upward, under the road and into the forest. Otters are really, really smart. Have I mentioned how much I love otters?

Anyway. I got out my camera and started getting some video. The last little guy of the group was having a heck of a time getting into the culvert and was starting to get pretty stressed about being left behind by his siblings. As I filmed, I listened to the people’s reactions: “Oh look! A sea otter! He’s trying to climb up the pipe!”

It was then that the explainer in me wanted to jump in and say, actually, no. These are river otters. But instead, I held back and listened to the conversation, thinking back to ten years ago or so when I first saw river otters in the ocean. I, too, assumed that sea + otter = sea  otter. It’s a pretty logical assumption, isn’t it? But river otters never got the memo about being river otters. They go wherever the fish are: ponds, lakes, rivers, lagoons, and right into the ocean whenever they want.

Sea otters are not nearly so versatile. They are 95% aquatic and spend pretty much their entire lives in kelp beds just off the sea shore a kilometre or two. In this part of the world, sea otters are found on the west side of Vancouver Island, never here in the Strait of Georgia. At least, not yet; they are slowly recovering from being nearly completely wiped out by the marine fur trade in the early colonial period, and if all goes well for them (and it isn’t going all that great at the moment, apparently) we may see them back here in a few years.

So here’s the deal:

Both kinds of otters: A furry bundle of awesome.

Here’s the little guy at the culvert, just after his three siblings have disappeared into it:

The Salmon Stream, Mortality And Me