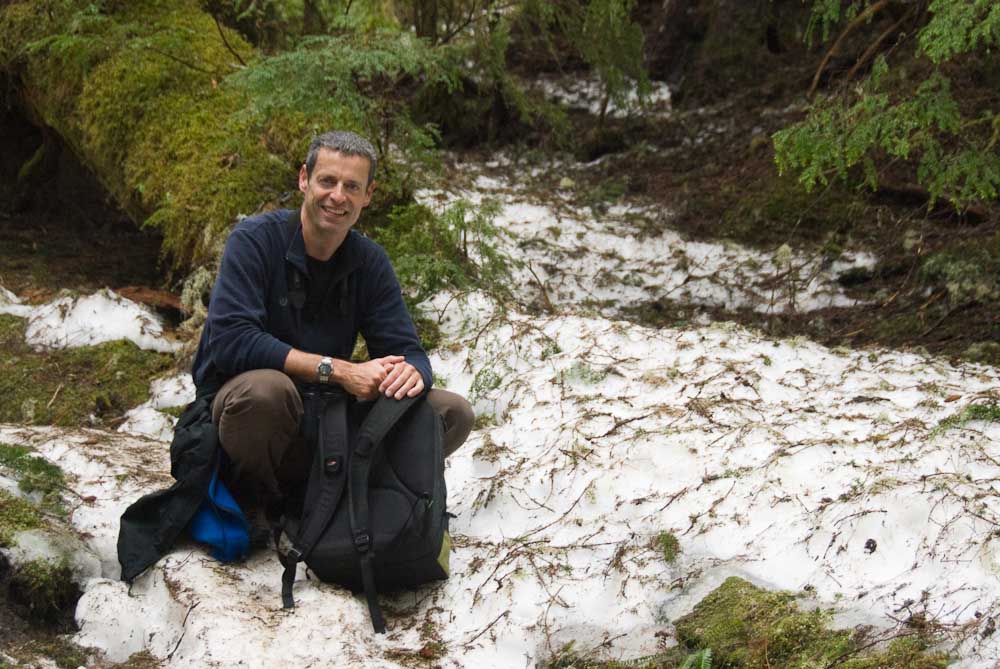 A couple of years ago, I damaged the right eye cup of my beloved Nikon Monarch birding binoculars. Ever since, I have been unable to adjust between naked-eye viewing (eyecup extended) and eyeglass viewing (eyecup retracted.) It was a pain in the butt—I switch between contacts and glasses all the time.

Finally I got tired of procrastinating about it and decided to fix it, and I discovered that my usual resources for repairing these things were sorely lacking. There were no online guides for how to do it—just other people out there with the same problem: a broken eye cup. There were no spare parts for sale on ebay or Amazon or online camera stores or anywhere else. I was stuck.

Then I decided to kick it old-school and contact the manufacturer myself. Bingo. An email to Nikon Canada got me an email back within a few hours. The guy who wrote was actually a parts specialist, not a customer service rep. He knew what I needed and said he could ship it right away. The only strange thing was that he asked me to email him my credit card info. Remember this is a parts guy, not a sales person. I emailed him back and said I didn’t want to share my credit card via email; was there a link to an online secure form? He said no, but I could call him up and we could do it over the phone. That’s what I did.

It was ten dollars for two eye cup units, plus fifteen bucks shipping via Purolator. You might be able to negotiate another form of shipment, I don’t know. But the package arrived the next day and I got to work. There were no instructions in the box at all, and that’s why I’m writing this—so you can learn from my fail, so to speak.

The first thing you’ll notice is that there are three pieces: the rubber eye ring, the screw-on base, and the twisty extending bit. If you’re like me, the part that got damaged was the screw base; it’s a bit thin and once it breaks you’ve got no firm attachment between eyecup and lens. Remove your old screw base by unscrewing it counter-intuitively, the opposite of rightey-tightey lefty-loosey.

Now your first instinct is going to be to screw on a new base right away. That was my mistake. Once you do that, there is no logical way on earth you can attach the next piece, the twisty extending bit. It’ll make you a little bit insane. But somebody far more clever than I suggested I pull that screw base off again. See? You need to push the twisty bit over the screw base before the screw base goes on. Brilliant, isn’t it?

Now you screw on the base, again counter-intuitively.

Now all that’s left is to attach is the rubber eye ring. I noticed when I took off the old ring that it had been fixed on with a bit of glue. I haven’t glued my new one on, and so far I have no problems with it slipping off. But you could use a bit of epoxy and I’m sure it would work fine.

The only issue now is that the new eye cup is considerably looser than the old one; it slides a bit too easily between the extended and the retracted positions. It’s not a big deal, but if you have any ideas how I can fix that, I’d love to hear it in the comments section below. EDIT Feb 2014: see Don’s comment below. There is a very small ball bearing that fits into a fairly obvious spot on the inside of the ring. It would be very easy to lose this piece in the process, which I did.

Requiem for the QR Code