Fiji’s natural and cultural history show a strong influence from the faraway subcontinent.

Fiji is a jewel of a destination. Islands like these, in the far southwest Pacific, hardly seem real to Canadian eyes, with their jagged green mountain ranges sloping steeply downward into calm azure waters.

Do people really live their lives in places like this, with such staggering beauty (and stifling heat?) Of course they do, and the people of Lautoka, a small coastal town on Fiji’s largest island Viti Levu, are among the most polite and outgoing of any I have met in my travels. Walking around town, I soon learned the local greeting, “Bula,” though I spent the first few hours parroting “moolah” “oola” and even—absurdly— “hola” before someone finally explained it to me.

It’s a handy turn of phrase: not only is it an all-purpose greeting, but everyone—and I mean everyone in Lautoka—takes a moment to say hello to you on the street. It amazes and delights me when I meet local people who don’t seem to have an ounce of cynicism or disdain for the hordes of foreigners who arrive each year. Fiji is a tremendously popular place for Australians on package tours.

We were interested in the local bird life, and made our way to the edges of town where the big tropical trees are. One of the first species to catch our eye was the Indian mynas, and along with it them the jungle myna, a slightly darker and smaller version of the former. These birds are anything but shy. Squawking, screeching and occasionally sweetly singing, mynas are everywhere: on the street, on the lawns, in the hedges. Originally native to India, they were introduced as caged birds and wasted no time in making areas like Lautoka their home. (The city of Vancouver had a population around East Hastings Street for a while; they finally died out about ten years ago.)

It took us a while to find a native species; unfortunately some of them have trouble competing with the mynas. But we found Vanikoro flycatchers and reef herons and migrant tattlers from the north. And I whooped with delight to see the Fiji parrot finch; I used to breed finches, and always coveted the exotic green-and-red parrot finches. This species is found nowhere else in the world.

Later, another Indian native caught our eye: the weasel-like mongoose. We saw them skulking along creek beds and at the edges of fields. They were brought here in the 19th century as a form of biological control; it was hoped they would eliminate the introduced rats. The experiment went predictably awry and the mongoose, an eater of birds’ eggs, has had a devastating effect on the ecology of the larger islands.

Lastly, we caught sight of the red-vented bulbul. These dark songbirds, with their scarlet vents (“vent” is bird-speak for the area around the rear orifice) were busy trying to rid a big broad-leaf tree of a plague of insect larvae. They seemed to be having quite a field day with them.

I’m not sure how the bulbuls came to be here from their native India; maybe they too were once a caged bird. I wonder if they were brought here by the Indians who arrived in the nineteenth century, a reminder of the homeland they left behind.

The arrival of thousands of Indians was one of the last chapters in the story of human migration to these islands, or more precisely of human trafficking. The native Fijians, a Melanesian people, had been here for at least three thousand years, and Fiji’s isolation (and formidable reefs) sheltered them from the earliest wave of European exploration. But eventually, the foreign entrepreneurs came, eager to turn a profit in cotton and sugar cane. Labour shortages gave rise to the practice of blackbirding, where unscrupulous recruiters from Britain and Australia traveled from island to island across the South Pacific, offering lucrative contracts to those who would come to work the fields. Tricked into signing contracts they couldn’t possibly understand, these indentured islanders found themselves little more than slaves, working under sometimes brutal conditions. 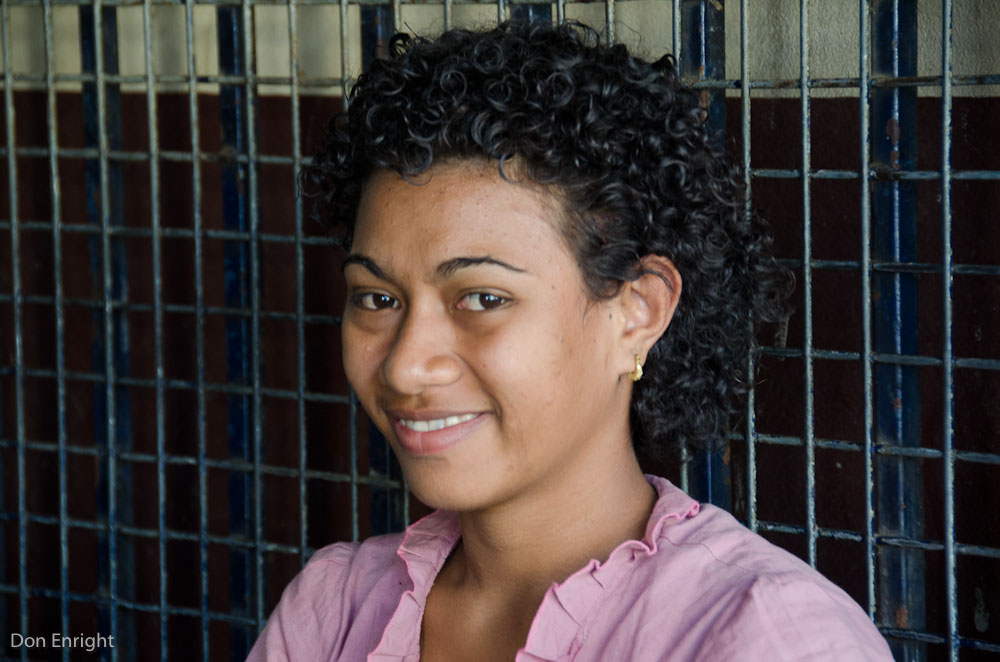 The British finally put a stop to blackbirding in 1872, but the labour shortages (compounded by measles and other European-introduced epidemics) persisted. The governor-general consented to the import of indentured Indian labour under more formal five-year contracts. Many of the Indians chose to stay at the end of their terms, and ultimately the Indian population of Fiji swelled to a near-majority.

This ethnic mix of native Fijians and Indo-Fijians creates an uneasy dynamic today. The Indians, speaking a dialect of Hindi unique to the islands, have become the de facto merchant class here, and their success inspires both jealousy and admiration among the natives. They’re still considered foreigners almost 150 years after their arrival; the constitution specifies that only those of native descent have the right to be called Fijians, and only the natives have access to much of the islands’ property.

The status of the Indo-Fijians is just one of the sticking points that make current Fijian politics so very dynamic. The country has had four coups d’etat in recent memory, with each leader vowing to grant (or take away) further rights to the Indo-Fijians, as the case may be.

None of this ethnic tension is on display, though, as we walk among the markets of Lautoka. While it’s clear who is native and who is of Indian descent (there appears to have been very little intermarriage), all seem to get along when there’s business to be done, and all are warm and friendly to passers-by like us.

We will return to Fiji in the weeks to come. I look forward to experiencing more of its remarkable diversity, both natural and cultural. I have never seen anywhere quite like it. 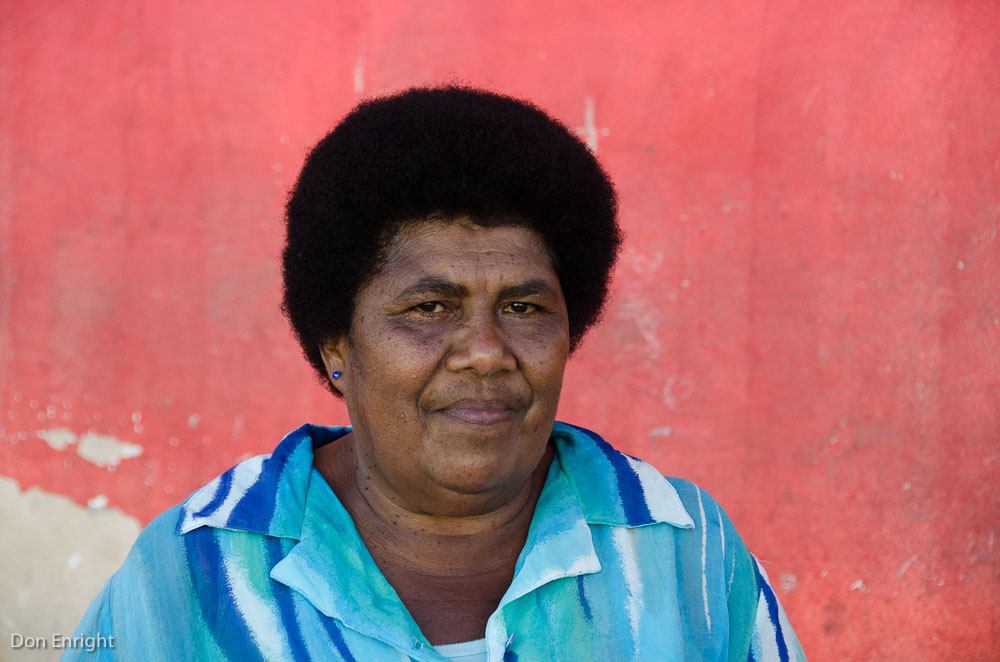 The Lemon-Yellow Fiddlers of Fiji