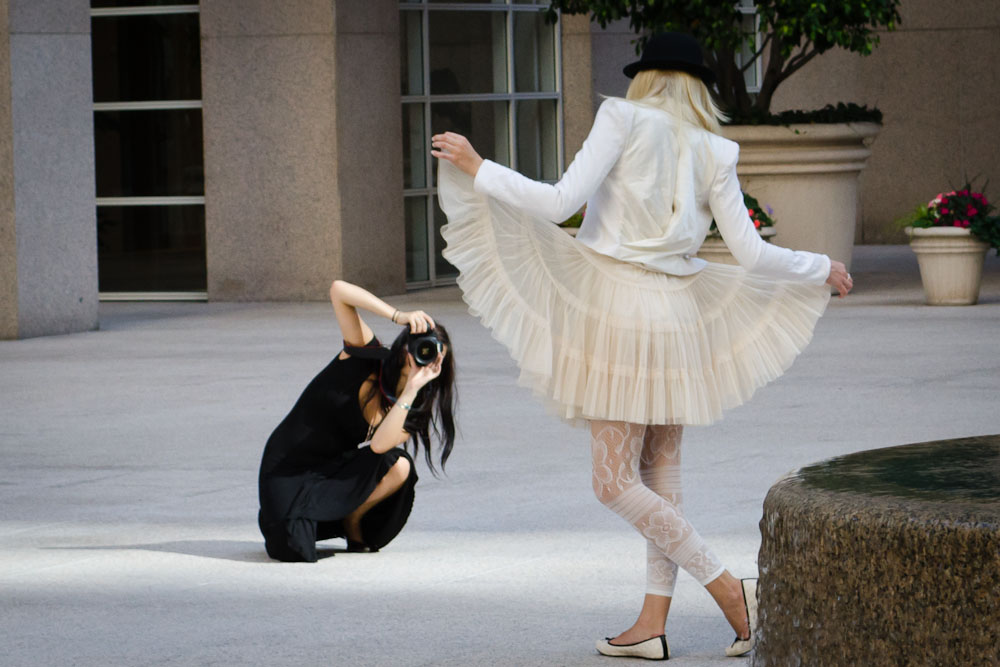 This week’s Dear Don question comes from my friend and colleague Caroline, who asks, “Have you ever seen great interpretive theatre that doesn’t have a strong narrative or plot?”

I have been giving this one quite a bit of thought. All theatre is interpretive, of course, and some of the most powerful theatre I’ve ever seen had no narrative or plot that you could articulate in words. I’m thinking, most recently, of a theatrical installation I saw called Sleep No More, based loosely on the themes of Macbeth (sorry, The Scottish Play for the superstitious among you.) There was no narrative at all; you just wandered from one environment to another while incredible (and strange) performances took place around you. It was great theatre, wholly without narrative, and it was interpretive to the extent that it caused me to re-examine everything I had thought about Shakespeare’s work. Exciting stuff.

But I don’t think that’s the kind of theatre we’re talking about here. I assume, given the subject of my blog (and of course the fact that I’ve known you for years, Caroline) that you’re talking about theatre presented in a venue that has heritage interpretation as its mission, where the theatre is part of a program to connect people to the place and its stories.

I have written and performed a lot of such theatre over the years. I got my start doing interpretive theatre in Kananaskis Country, and then co-founded Evergreen Theatre as an offshoot.  And yes a whole lot of it was narrative-based and didactic—sometimes wincingly, preachingly so. So your question made me search back through a host of places I’ve visited over the years, and it was surprisingly difficult to find an example that you could call interpretive theatre that didn’t have a strong and accessible narrative or thread.

After a bit of reflecting,though, I keep coming back to a simple, beautiful image in my mind: that of a Metis fiddler playing as he walked around Fort Langley National Historic Site here in the lower mainland of BC.

It was one of those unexpected moments that jump out at you from from time to time as you travel. It was early in the morning, in the off-season, and few other visitors were around. The weather was calm and overcast, and the ramparts of the Fort were partially enshrouded in fog. I walked from building to building and suddenly heard the strains of fiddle music coming from somewhere. I followed the sound, and finally found him partially silhouetted against the mist. He was alone, in traditional Metis costume, playing a simple reel.

I found the moment hauntingly beautiful, and stood and watched him for a good while. I have no idea if he knew I was there; I’d like to think he believed himself alone.  After a time, a group of school children arrived and he engaged them in conversation. I moved on to other exhibits but have never forgotten the moment.

Was it theatre? Yes, absolutely. Had he been any guest fiddler playing at any historic site, you might call it music without theatre. But he was in traditional Metis attire, playing what sounded like an authentic old reel, in a beautiful and quintessentially Canadian setting. It was theatre. In fact, by virtue of its simplicity, it was about as close to perfect theatre as you can get.

And was it interpretive? Again, yes. Absolutely. Nobody voiced any message or theme; nobody left me with a pithy call to action; nobody thanked me for being there nor credited the government organization that sponsored the moment. But the message was absolutely clear to me; the theme was obvious though to this day I don’t know if I could articulate it in words.

Our job as interpreters is to forge emotional and intellectual connections between the interests of the visitor and the meanings in the resource. On that morning, in a place whose story is all about the role of traders, Metis and First Nations people in defining early British Columbia, it was one of the most effective interpretive programs I have seen in a very long while.

Do you have a Dear Don question about interpretive planning, writing or presentation? Feel free to ask it in the comments below, or use the About Me link above to send a message.