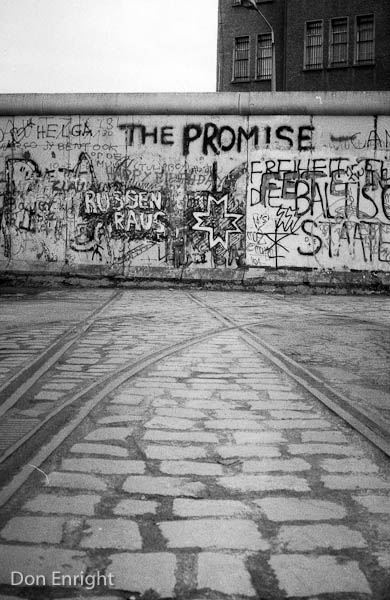 It was late winter, 1988. I was in my twenties and had been studying in Paris for several months, and was now pretty much broke. I decided Berlin would be my last blowout before heading home to look for work. I had been spending my evenings in Paris at the cinema, and the film that haunted me more than any other was Wim Wenders’ Wings of Desire, set in Berlin. (I had really good taste in film back then; I’m not sure what happened since.) So I said goodbye to my au pair family and hopped on the train northward.

I remember how I felt when the cars stopped and re-hitched as we hit the East German border and the West German engineers stayed behind. No turning back now. 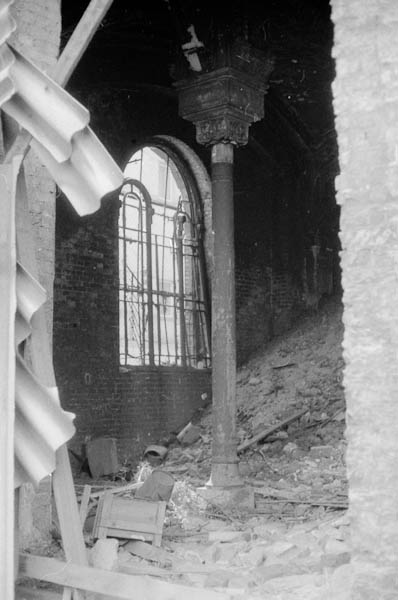 Ruined synagogue, dating back to Krystallnacht, I believe.

The first thing that hit me leaving the train station was that Berlin existed in black and white. Completely. At least in the month of March it did: buildings, sky, people, cars—everything was greyscale. Which is not to say it was dreary; it was beautiful, everything was. But my interest was in the texture, the lines, the starkness of it all. 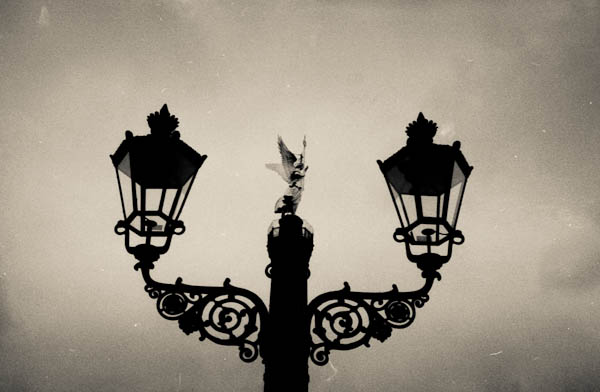 Winged victory. (The funky grain and dust effects are, uh, not effects. The negs are 25 years old.)

My grasp of 20th century history was weaker then. I don’t think I even knew about the airlift, that defining moment in the western city’s life, but it didn’t matter much. I had never been anywhere like Berlin. Paris, my home for the preceding months, radiated warmth, sensuality, light, but this city was cool, in every sense of the word. It seemed to vibrate with energy. If Paris was about intercourse—social, intellectual, romantic—then Berlin’s offer was somehow more base, more raw. Berlin had an edge, and this prairie boy was not quite sure how to approach it.

I couldn’t stop looking at that snaking concrete wall. The locals appeared to ignore it; they seemed to filter the wall out of their line of sight, the way bears and wolves do in captivity. But the graffiti told another tale. I don’t know when the Berliners chose to paint it. At night? In broad daylight? But as I got to work photographing it, my camera and I began to unravel a story of a city riven in two: of seething anger and boundless optimism; of resigned fatigue and coiled-up youthful energy; and above all, of a barely-suppressed Teutonic rage at the foreign occupation of one of the world’s greatest cities.

I had not intended to cross Checkpoint Charlie—my time (and money) were running out—but I soon realized I had no choice. I found a guy at the hostel who was interested in going, and I figured we could keep each other out of trouble. So over we went, on foot, without a clue as to what awaited us. 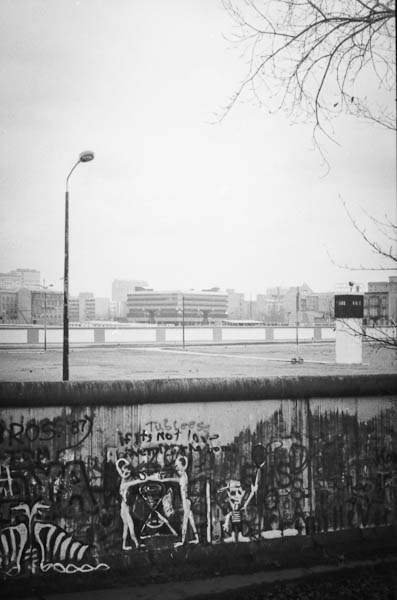 No-man’s land, with East Berlin in the distance. The field was full of rabbits, blissfully hopping around between the two cities.

My first memory is that of being hit by the smell of coal pollution. The air was thick with foul smoke and for the life of me I could not figure out why I didn’t smell it on the Western side of a twenty-foot-high wall.

East Berlin was poor, dour, squalid and magnificent. I’m still hazy on what criteria were involved in the drawing of lines during the Cold War, but somehow the Soviet part ended up with all the great museums and institutions.

My travel companion—I don’t remember his name—had a taste for adventure that at one point had us sprinting across a busy freeway, only to be briefly pursued by East German police, lights flashing and officers screaming through a megaphone. I was terrified.

We took refuge in the stellar Pergamon Museum, and I recall that my companion would simply stare at each exhibit and then wander over to me and say, “What do you make of it?” over and over again. I tended to see the best in people in those days, and assumed that he was inviting my opinion to contrast it with his own. In retrospect it’s fairly clear to me that he wasn’t over-encumbered with grey matter. But I didn’t mind; the exhibits were fantastic, and seeing the Gates of Ishtar was one of the highlights of my twenties. 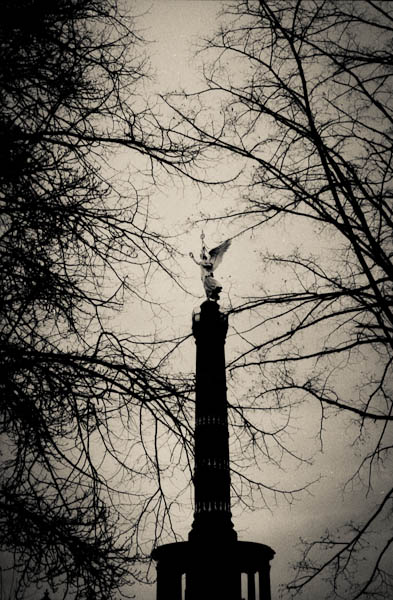 We walked and walked and walked until the sun began to fade. Nobody spoke English on the Eastern side—not a soul—and as the evening air grew colder I had a strong desire to be back in the West. Through the checkpoint we went again, to the warmth of the international hostel and the familiarity of other young travellers.

I left Berlin the next day. Within two weeks, I had a good government job and a brand-new apartment on the edge of Calgary.

To this day I regret that I didn’t stay.

In Paris, it’s OK to stare.